PSOE condemns inept planning and lack of foresight when it comes to the transfer of Social Services.

Maribel Carrion, the spokeswoman of the municipal socialist group, denounced yesterday the "terrible” conditions in which workers in the Community Social Services area work. 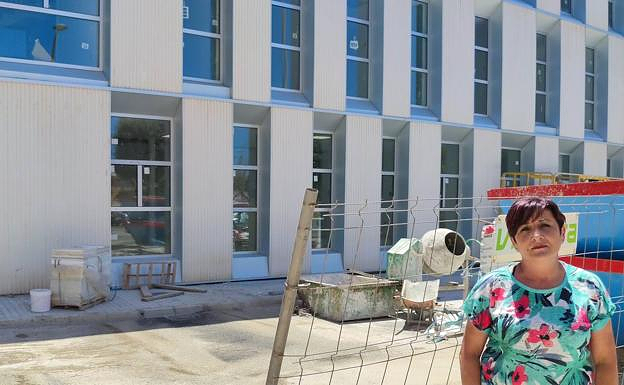 Maribel Carrion, the spokeswoman of the municipal socialist group, denounced yesterday the "terrible” conditions in which workers in the Community Social Services area work. She announced that they had uninstalled computer equipment and work areas a week ago. However, they have yet to move into the new space in the old Ejidomar warehouse.

The Socialists criticized the local government for not planning and foresight in executing municipal works. This is what they said was a hindrance to the workers' ability to do their jobs.

Maribel Carrion stated, "The workers must work in terrible conditions between the old and the new center, and they cannot care for users properly due to this situation."

Yesterday, the PSOE filed a public complaint after inspecting in situ the condition of the new center's works. The socialist municipal group spokeswoman took this opportunity to criticize some works, stating that they had not been properly planned. She also stated that more planning was necessary before transferring all equipment and areas of work.

Carrion then recalled that the demolition of the old building had begun a week ago, and that the workers were not yet able to move to their jobs.

Despite the fact the works at the Ejidomar warehouse had been expected to be complete by March, there was a delay. However, it is anticipated that full service will soon be available in the new location.

‹ ›
Keywords:
PSOEDenunciaFaltaPlanificacionPrevisionTrasladoServiciosSociales
Your comment has been forwarded to the administrator for approval.×
Warning! Will constitute a criminal offense, illegal, threatening, offensive, insulting and swearing, derogatory, defamatory, vulgar, pornographic, indecent, personality rights, damaging or similar nature in the nature of all kinds of financial content, legal, criminal and administrative responsibility for the content of the sender member / members are belong.
Related News