Vera's PSOE has complained about the environmental irregularities committed by the municipal government team. 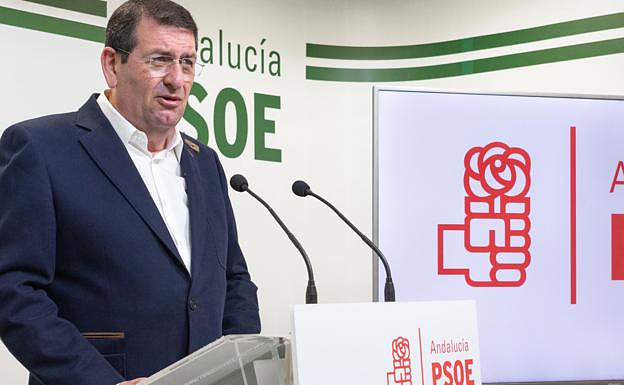 Vera's PSOE has complained about the environmental irregularities committed by the municipal government team. This has caused the Junta de Andalucia twice to warn the City Council for the accumulation of garbage at inappropriate places.

Martin Gerez, the socialist spokesperson, learned that the Ministry of the Environment of the Junta de Andalucia was forced to file a sanction against the Vera City Council due to the presence of an uncontrolled landfill located on a municipal plot next to the graveyard.

This warning was given and the large amount of trash accumulated in the area, so the local government team selected a company to clean the area. It did this according to the file that had been opened by the local government as an emergency file and which the Socialist Group had access to.

"The truth is, cleaning the municipal plot cost the City Council nearly 21,000 euros. Although we don't know the exact location of the plot, we fear it is the same one in which the gas tank was installed. It seems that the remains of trimming and personal belongings from the streets have been deposited, creating an unacceptable situation from all perspectives, and adding to the risk of dangerous fires as it has been in recent months," stated the socialist spokesperson.

Martin Gerez reminded that the Vera City Council had recently been subject to another environmental penalty of 8,000 Euros for the accumulation and maintenance of garbage on La Rellana's public roads.

PSOE representative regretted these facts. He reminded that all people, private and public, must follow the laws.

‹ ›
Keywords:
PSOEAcusaEquipoGobiernoTransigirVertederoIlegalAbiertoExpediente
Your comment has been forwarded to the administrator for approval.×
Warning! Will constitute a criminal offense, illegal, threatening, offensive, insulting and swearing, derogatory, defamatory, vulgar, pornographic, indecent, personality rights, damaging or similar nature in the nature of all kinds of financial content, legal, criminal and administrative responsibility for the content of the sender member / members are belong.
Related News