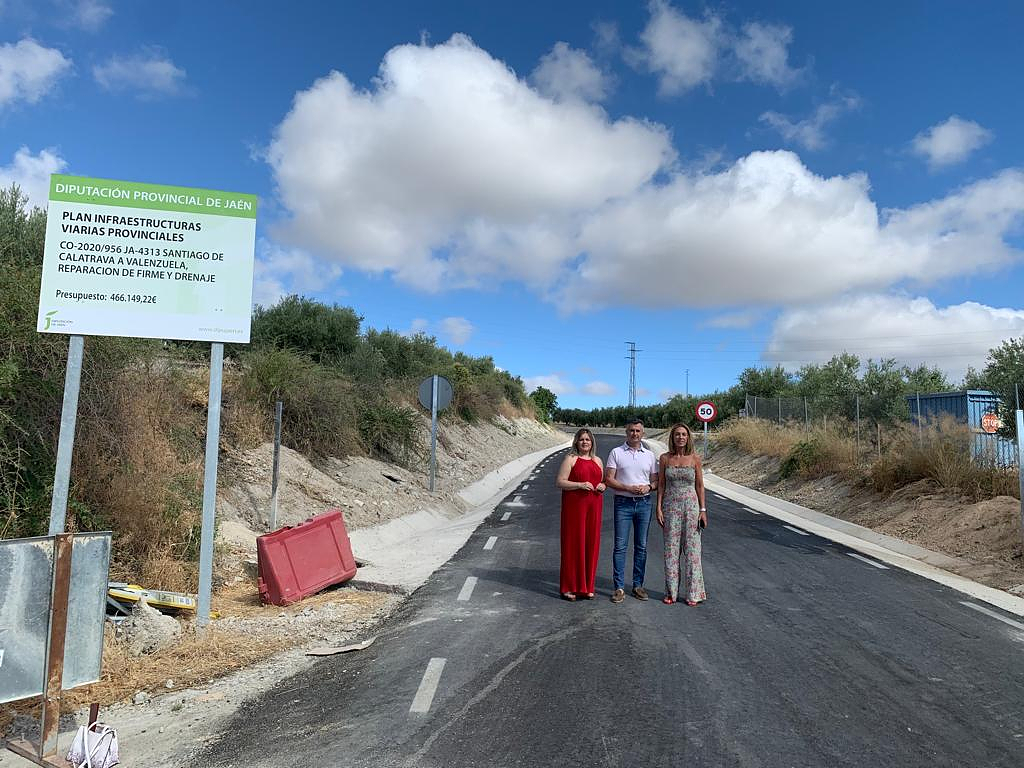 Residents of Santiago de Calatrava, Spain, will soon be able enjoy the improvements made by the Jaen Provincial Council to the JA-4313 highway, which links Santiago de Calatrava to the Cordoba city of Valenzuela. These works affect a large portion of the road's 4 km length and for which the Provincial Administration has allocated more than 466,000 Euros.

Jose Luis Agea (deputy for municipal infrastructures) visited the municipality of Jaen with Rocio Zmora, the mayor. Agea stated that "important actions" are being taken by the Provincial Council on the road in its ownership. Agea said that "it is currently at 80% and will soon reach 100% execution". According to the deputy, the intervention consists of "the repair and reinforcement of the wearing course with hot agglomerate, which will be extended along its entire length."

Jose Luis Agea explains that the planned action includes the improvement of surface drainage as well as the installation of new covered ditches which can be passed over. He also emphasizes that road communications are one the most important skills that we have and that it means that the Provincial Council will act on something that is extremely urgent, such as trying to communicate better urban centers and their accesses.

The deputy for Municipal Infrastructures stresses that this is "a claim highly demanded" by Santiago de Calatrava's mayor to improve road traffic between its neighboring municipalities and the border of Cordoba. Agea concludes that improving communications will allow for greater development possibilities of our municipalities. Agea also emphasizes that the Provincial Council's main goal is to "work so that small towns can have good roads connections".

‹ ›
Keywords:
DiputacionDestina466000EurosMejorarSantiagoCalatravaProvinciaCordoba
Your comment has been forwarded to the administrator for approval.×
Warning! Will constitute a criminal offense, illegal, threatening, offensive, insulting and swearing, derogatory, defamatory, vulgar, pornographic, indecent, personality rights, damaging or similar nature in the nature of all kinds of financial content, legal, criminal and administrative responsibility for the content of the sender member / members are belong.
Related News