Protests in Iran: the Supreme Leader accuses the United States and Israel

"I say clearly that these riots and the insecurity are the work of the United States, the usurping Zionist regime (Israel, Editor's note), their mercenaries and certain traitor Iranians who have helped them abroad", declared the Ayatollah Khamenei, 83, in his first reaction to the protests. 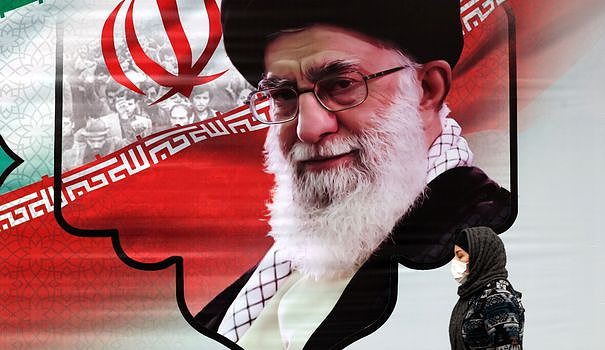 "I say clearly that these riots and the insecurity are the work of the United States, the usurping Zionist regime (Israel, Editor's note), their mercenaries and certain traitor Iranians who have helped them abroad", declared the Ayatollah Khamenei, 83, in his first reaction to the protests.

Mahsa Amini, a 22-year-old Iranian Kurd, died on September 16, three days after her arrest for violating the Islamic Republic's strict dress code, which notably requires women to wear the veil.

Her death sparked a wave of protests in Iran and rallies in solidarity with Iranian women in many cities around the world, including in Paris again on Sunday.

This protest movement, the largest in Iran since that of 2019 caused by the rise in gasoline prices, has entered its third week and the repression has increased.

Violent incidents occurred overnight from Sunday to Monday at the Sharif University of Technology in Tehran, the most prestigious in Iran.

Incidents also occurred at the University of Isfahan (center).

But in the eyes of the Supreme Leader, "the police are obliged to stand up to criminals and ensure the safety of society".

"The death of the young girl broke our hearts, but what is not normal is that some people, without proof or investigation, make the streets dangerous, burn the Koran, remove the headscarf from veiled women, set fire to mosques and cars,” he added.

Iran's Intelligence Ministry said on Friday that nine foreign nationals -- including from France, Germany, Italy, the Netherlands and Poland -- had been arrested in connection with the protests.

A 30-year-old Italian globetrotter claimed to be detained in Iran: "They arrested me, I'm in a prison in Tehran. Please help me...", said Alessia Piperno during a brief phone conversation with his parents on Sunday, according to Italian daily Il Messaggero.

For the German Foreign Minister, Annalena Baerbock, it is "difficult to bear what is happening at the university

In other footage posted online, which AFP could not independently verify, gunfire and screams can be heard as large numbers of people run down a street at night.

The New York-based Center for Human Rights in Iran (CHRI) said it was "extremely concerned about videos coming out of Sharif University and Tehran today showing a violent crackdown on protests." .

At least 92 people have been killed in Iran by the crackdown since the start of the protests, according to the NGO Iran Human Rights (IHR), which is trying to assess the death toll despite internet shutdowns and blockages. applications like WhatsApp or Instagram and other online services in Iran.

Iranian authorities claim that around 60 people, including 12 members of the security forces, have been killed since September 16.