Protests in Iran: more than 75 dead in 10 days according to an NGO

The Iranian authorities have so far given a death toll of 41 including protesters and police. 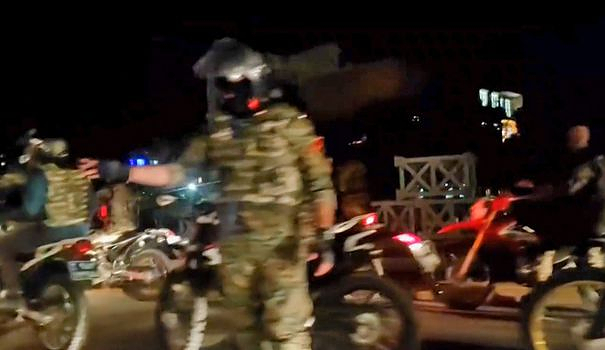 The Iranian authorities have so far given a death toll of 41 including protesters and police. They also announced the arrest of more than 1,200 demonstrators.

The protests erupted on September 16 after the death in hospital of 22-year-old Iranian girl Mahsa Amini, arrested three days earlier for breaking the strict dress code for women in the Islamic Republic of Iran.

They are the largest since those of November 2019, caused by the rise in gasoline prices in Iran, which had been severely repressed (230 dead according to an official report, more than 300 according to Amnesty International).

According to the NGO Iran Human Rights (IHR), based in Oslo, "at least 76 people were killed in the demonstrations" including "six women and four children", in 14 provinces of the country.

The NGO claimed to have obtained "videos and death certificates confirming the firing of live ammunition at demonstrators".

Since the death of Mahsa Amini, Iranians have taken to the streets every night.

"In the morning, my wife drives the children to school and I open my store. Everything is calm," Mahmoud, 60, said in Valiasr Square in Tehran. "But as soon as night falls and the protests start I have to close my store."

Many helmeted police officers armed with sticks then took up position to try to prevent the gatherings.

Again on Sunday evening, the protests took place in Tehran and in several cities.

In the northwest of the capital, demonstrators, some of whom gathered on the roofs of buildings, launched anti-government slogans interspersed with "Woman, Life and Freedom", said Ali, a resident.

According to footage released by IHR, protesters in Tehran shouted "Death to the dictator", calling for the downfall of Supreme Leader Ayatollah Ali Khamenei.

Riot police beat protesters with batons and students tore up large photos of the Supreme Leader and his predecessor, Imam Khomeini, according to recent videos released by AFP.

She also fired pellets and live ammunition at protesters who threw rocks, torched police cars and set fire to public buildings, according to human rights groups.

Other images showed women removing and burning their veils or symbolically cutting their hair, cheered on by crowds, in several cities.

In addition to the more than 1,200 arrests by the authorities - around 450 in the province of Mazandaran (north) and more than 700 in the neighboring province of Gilan - the Committee to Protect Journalists reported on Monday the arrest of 20 journalists Iranians since September 16.

Iran blamed the protest movement on "foreign plots", pointing the finger at the United States, its sworn enemy.

Its head of diplomacy Hossein Amir-Abdollahian, criticized "the interventionist approach of the United States in the affairs of Iran", accusing them of supporting "the rioters".

- "Listen to the demands of the people" -

Faced with repression, the European Union denounced the "generalized and disproportionate use of force".

US President Joe Biden also denounced the repression of the demonstrations, saying he was in solidarity with the "brave women of Iran".

Canada has decided to impose sanctions against a dozen Iranian officials and entities including the morality police.

And Berlin called on Iran "not to use violence" against protesters.

But the Iranian authorities remain firm.

On Saturday, conservative President Ebrahim Raïssi called on the police to act against the demonstrators, described as "rioters". After him, the head of the judiciary, Gholamhossein Mohseni Ejei, ruled out any "indulgence" towards the instigators of the "riots".

Nevertheless, a prominent conservative cleric and ardent supporter of Ali Khamenei, Grand Ayatollah Hossein Nouri Hamedani, called on the authorities to "listen to the demands of the people and solve their problems".