Protests in Barcelona against the unexpected closure of a concerted school

The trickle of closures of concerted centers in the Catalan capital continues. 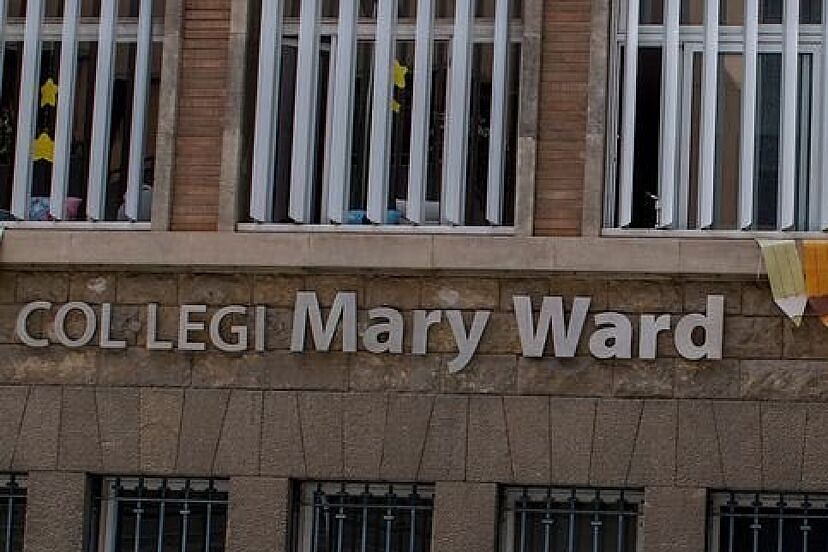 The trickle of closures of concerted centers in the Catalan capital continues. The last one is the Mary Ward, located in Sant Gervasi.

Abrupt end of the school year for around 300 children and their families enrolled in the Mary Ward School of Barcelona, ​​located in the Barcelona neighborhood of Sant Gervasi. The management of the concerted center announced its closure last week, which caught those affected by surprise, who this Tuesday morning demonstrated at the headquarters of the Ministry of Education of the Generalitat.

The families assure that the cessation comes due to the expansion projects that a hospital located next to the educational center has: the Plató Clinic, which at the beginning of 2021, was acquired by the publicly owned Hospital Clínic. This is what one of the affected parents, Jordi Cerdà, assures EXPANSIÓN.

"The management of the center told us at first that the closure was due to the loss of the concert for early childhood education by the Generalitat from next year," says Cerdà.

"Without the concerts, the extra expense amounts to around 240,000 euros and several families were willing to raise the quota for children so that the center could continue, but the management did not want to talk," laments the affected person.

Since 2018, this center has been managed by the Narcís Jubany Foundation, in which the Unió de Religiosos de Catalunya (URC) and Escola Cristiana de Catalunya participate, which brings together the majority of Catholic centers. This entity was established with the aim of taking over concerted schools that are closing, to keep them open, given the lack of vocations and the consequences of aging suffered by religious orders. The Mary Ward was supposed to serve as a "test bed" but the experience has not worked, says Cerdà.

The school has a long history. It was promoted by the Congregation of Jesus, a female religious order that was born in Ireland in the 17th century, and was founded by Mary Ward, who gave the center its name.

However, this school was popularly known in Barcelona as "the German nuns" since its founders in the city were a group of nuns from Germany and Austria, who settled in Catalonia just after the Civil War, in 1939, fleeing of Nazism.

A commission formed by the Barcelona City Council and the Generalitat will be in charge of relocating the students. However, those affected will not be able to choose which school they take their children to since the registration and enrollment period has been closed for weeks. For this reason, in a statement, the Association of Fathers and Mothers (AMPA) assures that "the right of families to choose in equal conditions the free choice of center has been violated", two principles that are established in the Constitution and in the Catalan Education Law (LEC).

The same diagnosis is made by the councilor in the Barcelona City Council and leader of Valents, Eva Parera. "Parents must be able to choose and the Administration has the obligation to maintain the educational program that the students were receiving in this school", affirms the mayor.

The Mary Ward is not an isolated case. In the 2021-22 school year, which is about to end, several concerted educational centers were integrated into the public network after an agreement reached by the owners of these facilities, the Generalitat and the Barcelona City Council.

The measure affected around a thousand students and coincides with the commitment that both administrations are making to expand the public network, with the aim of turning the page on the historical deficit of places in the city.

The centers that have passed to the public network are the three schools that the Fundació Escola Vincentiana has in the Eixample district, linked to the Company of the Daughters of Charity of Saint Vincent de Paul. Another of those they had closed and in 2018, one more center was leased to the Generalitat for a term of 15 years.

These changes in the management model were encouraged in May 2019, through a decree law, which opened the door for concerted centers to become managed by the administration if they met a series of conditions, such as the lack of places.

‹ ›
Keywords:
CatalunyaCataluñaSociedadEducación
Your comment has been forwarded to the administrator for approval.×
Warning! Will constitute a criminal offense, illegal, threatening, offensive, insulting and swearing, derogatory, defamatory, vulgar, pornographic, indecent, personality rights, damaging or similar nature in the nature of all kinds of financial content, legal, criminal and administrative responsibility for the content of the sender member / members are belong.
Related News