Protest in Iran: more than 100 "rioters" charged, according to the Judicial Authority

The Authority announced "the indictment of 60 people" in Tehran and 65 others in the province of Hormozgan (south), arrested during the "recent riots", indicated Mizan Online, the Iranian justice site, without specifying the charges. 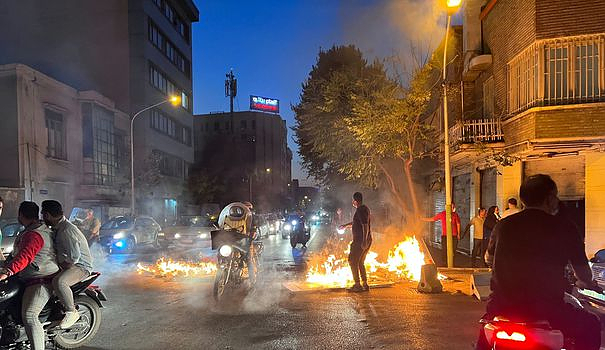 The Authority announced "the indictment of 60 people" in Tehran and 65 others in the province of Hormozgan (south), arrested during the "recent riots", indicated Mizan Online, the Iranian justice site, without specifying the charges.

A protest movement has shaken Iran since the death on September 16 of Mahsa Amini, a 22-year-old Iranian Kurd, who died three days after her arrest in Tehran by the morality police, who accused her of having broken the dress code of the Islamic Republic for women, in particular the wearing of the veil.

Since his death, dozens of people, mainly protesters but also members of the security forces, have been killed in rallies described as "riots" by the authorities, while hundreds more have been arrested in several cities. from the country.

"Since the rioters (indicted) played a central role in the formation of unlawful assemblies, the arson and the attack on certain public and private places and sowed terror among the population, the prosecutor promptly investigated their records," said Hormozgan Chief Justice Mojtaba Ghahremani, quoted by Mizan Online.

On September 25, the Iranian media announced the arrest of 88 demonstrators in Hormozgan and nearly 1,200 others, including 60 women, in the north of the country.

"From now on, those who attack the life and property of people, police and military and urban facilities or encourage and incite people to riot, will be dealt with decisively," said Ali Salehi, the Tehran prosecutor. , quoted Wednesday by Mizan Online.