Attack at Barcelona's Egyptian Museum: climate activists poured a colored liquid over a glass case containing a replica of a mummy. 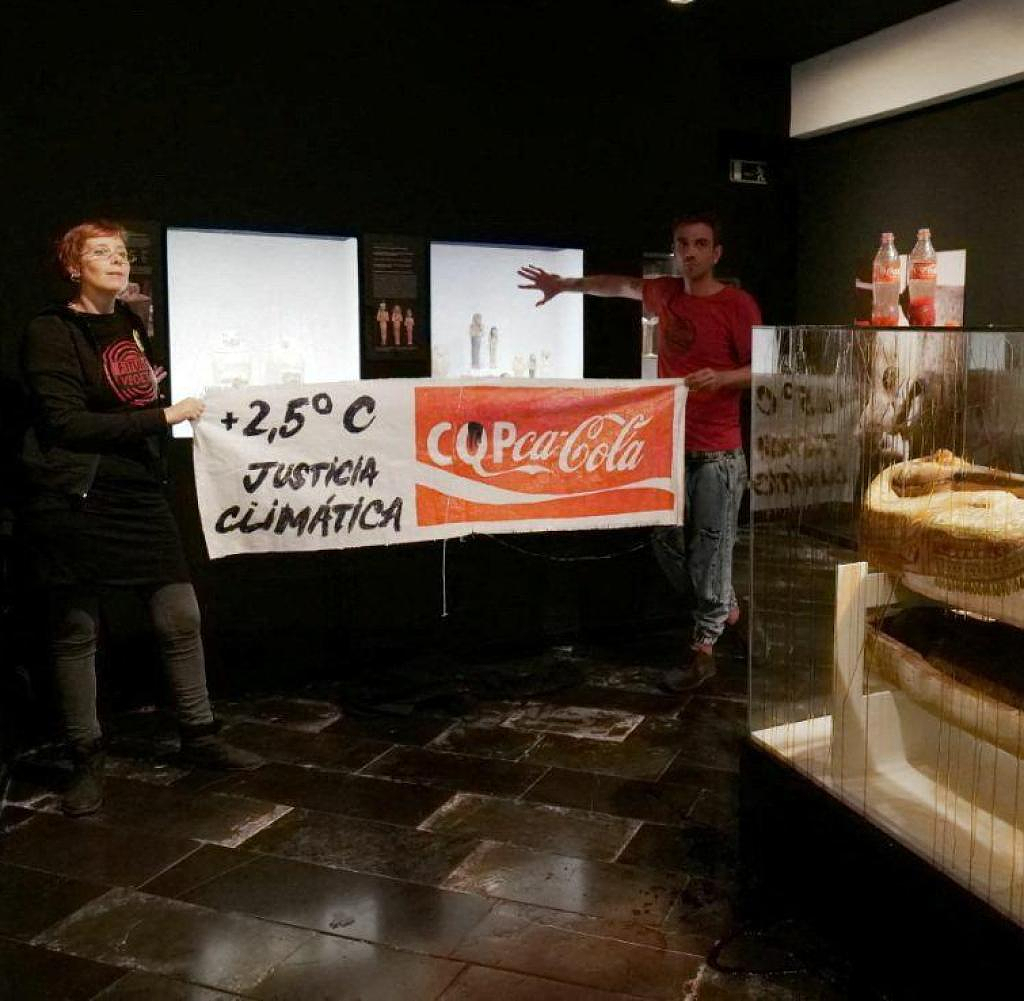 Attack at Barcelona's Egyptian Museum: climate activists poured a colored liquid over a glass case containing a replica of a mummy. The two also splattered pictures on the surrounding walls with the viscous substance from Coca-Cola bottles on Sunday, according to the news website Publico. They then taped their hands to exhibits and held up a banner that read "Climate Justice."

The activists of the Spanish group "Futuro Vegetal" were not arrested. However, the museum announced that it would sue for damages. According to their own statements, the activists wanted to draw attention to the climate emergency with their action.

The US company Coca-Cola is one of the sponsors of the UN climate summit COP27 in Egypt. Environmentalists are critical of this, blaming the company for much of the world's plastic pollution.

"Currently, 99 percent of the world's plastic is made from fossil fuels," explained Futuro Vegetal. "We find it hard to believe that the world leader in tackling plastic pollution will not use its influence as a COP27 sponsor to further its commercial interests."

Activists from “Futuro Vegetal” had already glued themselves to paintings by the Baroque master Francisco de Goya in the Prado Museum in Madrid on November 5. For a few weeks now, climate activists have been holding such protest actions in art museums around the world.

In recent months, climate activists have attacked paintings by Vincent van Gogh and Claude Monet, among others. Johannes Vermeer's “Girl with a Pearl Earring” in The Hague has also been the target of protests.

Since all of the affected artworks were behind glass, they remained undamaged. However, the historical frames are also very valuable and sensitive.

‹ ›
Keywords:
NewsteamKlimawandelCocacolaTexttospeechBarcelonaFuturo VegetalPúblicoÄgyptischen MuseumÄgyptenKrimi
Your comment has been forwarded to the administrator for approval.×
Warning! Will constitute a criminal offense, illegal, threatening, offensive, insulting and swearing, derogatory, defamatory, vulgar, pornographic, indecent, personality rights, damaging or similar nature in the nature of all kinds of financial content, legal, criminal and administrative responsibility for the content of the sender member / members are belong.
Related News