Project to supply water for the Almanzora Valley 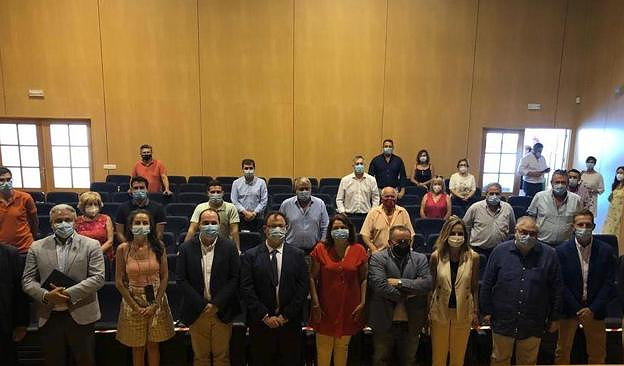 It was a meeting at which the award of the Supply Project in Alta del Valle del Almanzora to UTE AQUATEC ProyECTOS PARA ELWATER SECTOR S.A.U – AIMA ENGINEERING S.L.P was made.

After the announcements made in July 2020 by the Minister in Sufli municipality, the water crisis in the Almanzora area is now resolved. This will result in a 25 million euro investment.

The president of the Commonwealth described this principle of solution as "a dream", and he understands that no one will settle in our communities or invest in any industry if there's no water. Talking about water is talking about the future," Salas said, adding that it was the first time in 25 years they had listened to him. The government of change responded to our request as well as to a fundamental need of the people of the area.

Carmen Crespo, head of Agriculture, expressed gratitude to the Association of Municipalities "for the development and survival of peoples in the Almanzora area".

Salas stated that there will be meetings in the near future with those responsible for the project in order to make a presentation later with the plans of action.

‹ ›
Keywords:
ProyectoAbastecimientoAguaValleAlmanzora
Your comment has been forwarded to the administrator for approval.×
Warning! Will constitute a criminal offense, illegal, threatening, offensive, insulting and swearing, derogatory, defamatory, vulgar, pornographic, indecent, personality rights, damaging or similar nature in the nature of all kinds of financial content, legal, criminal and administrative responsibility for the content of the sender member / members are belong.
Related News