Private jets: behind the controversy, a more complex reality

Should we regulate, tax, or simply ban private jets? After a summer marked by the very visible effects of climate change in France, the denunciation on social networks of private jet travel has taken on an unprecedented scale. 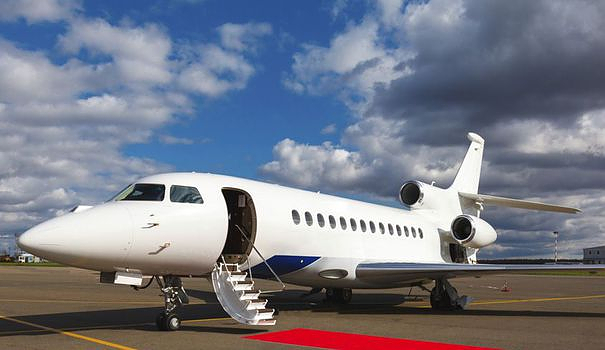 Should we regulate, tax, or simply ban private jets? After a summer marked by the very visible effects of climate change in France, the denunciation on social networks of private jet travel has taken on an unprecedented scale. Until becoming an object of cacophony within the government. Responding to the Minister Delegate for Transport, Clément Beaune, who had come out in favor of regulating these particularly polluting flights, the Minister for Ecological Transition Christophe Béchu warned against the danger of pitting "the French against each other others".

For the Minister of Transport, the private jet has everything of a "symbol of a two-speed effort". According to a study by the NGO Transport

On the scale of air sector emissions, however, private flights weigh little, around 2%, of the whole, but the growth of the sector requires regulatory measures to be taken, explains Jo Dardenne, who represents the NGO in Brussels. . According to his organization, between 2005 and 2019, CO2 emissions from private jets in Europe increased by 31%. A dynamism confirmed by Eurocontrol, the traffic monitoring body which estimates that flights in this sector have increased by 16% in three years.

Taking advantage of the debate that has emerged in recent months on the use of private jets, the secretary general of Europe Ecology-The Greens Julien Bayou called for "banning private jets". A radical measure which currently clashes with the reality of this sector. "Private aviation will have to make efforts like the others", recognizes Grégoire Carpentier, specialist in the sector within the Shift Project, a think tank on energy and ecological transition. The latter judges that there is a "need for exemplary behavior by political leaders and group bosses - the main users - at a time when citizens are asked to make an effort on their consumption", but points out " the risk of guilt of a slice and a very particular use, while there is no questioning of very frequent travelers on commercial flights".

According to the European Business Aviation Organization (EBAA), 80% of flights are related to professional missions for managers, engineers, technicians, or salespeople, while more than 10% concern medical evacuations and flights. of state. Private jets used for travel by the very rich represent, according to the organization, less than 10% of the sector's activity. A detail that could complicate the hunt for private or professional flights: should these private flights only be prohibited, or should these restrictions be extended to professional missions?

Trying to better control private jets, the idea would even be almost unprecedented in politics. "On a European scale, this is the first time that we have heard of governments wishing to regulate this sector specifically", rejoices Jo Dardenne. The tracks are diverse, in particular to make the use of these private flights more transparent. "At the level of Corporate Social Responsibility (CSR) reports, the subject of air transport does not weigh much and is not very followed, we could, via CSR, follow the policies of companies that use private jets, and so ask for reduction thresholds", recalls Béatrice Jarrige, also project manager within the Shift Project. The other line of thought would be to adapt the law which prohibits a flight by commercial plane if an alternative by train is possible in less than two and a half hours. For the moment, this legislation does not concern private flights. Extending it to this mode of transport could make it quite effective when one in ten planes taking off in France is private, and half travel less than 500 km, according to Transport

Above all, a useful regulation would involve going beyond the borders of France. "We must change behavior and set rules governing these private flights, at European level", insists Clément Beaune at Le Figaro. But the challenges facing the government remain significant. Business aviation is currently excluded from the European carbon emissions trading system, but in the future jets could be taxed if they pollute too much. However, this would require long negotiations in Brussels, and the threshold to enter this carbon market remaining relatively high, some users of these aircraft could escape it.

The NGOs are therefore calling for a tax on kerosene, the fuel used by planes, which currently benefits from tax leniency within the Union. One of the avenues would be to go through a vote within the framework of the European Union's "climate package", a regulation which sets the framework for the EU's environmental roadmap. "One of the obstacles to the taxation of kerosene from private jets is that these fuel regulations require the unanimity of the Member States. If only one decides to block the vote, we end up without tax", explains Jo Dardenne.

Beyond the dissuasive effect that this could have in the use of these private planes, these taxes could make it possible to finance the development of fuels more respectful of the environment, judge the militants. “One of the reasons why these private jets are so polluting is that the jet sector has not experienced the same commercial and economic pressure as airliners to reduce their consumption and therefore private planes are inefficient, they consume a lot more fuel while they carry fewer passengers", assures Jo Dardenne. Sign that even without regulation, the sector could well need a small revolution in terms of energy efficiency.