A situation that prompted the Superior Electoral Court (TSE) to strengthen its range of fight against misinformation on Thursday. 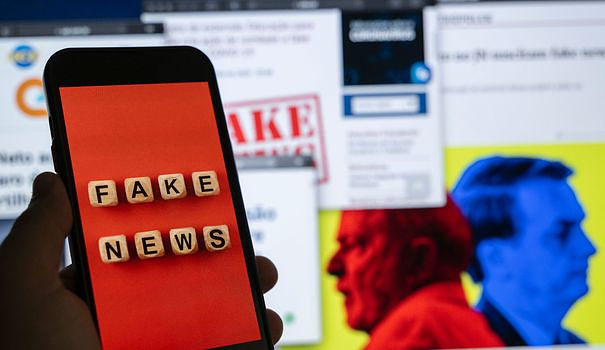 A situation that prompted the Superior Electoral Court (TSE) to strengthen its range of fight against misinformation on Thursday. It can now require social networks to remove content considered irregular within two hours, under penalty of recalcitrants being fined between 100,000 and 150,000 reais (19,000 to 28,000 dollars) for each hour of overrun. .

Here are examples of content manipulation observed by AFP in the run-up to the October 30 election.

Words taken out of context

One of the most used techniques is video editing to bring out a specific extract which, taken out of context, makes the candidate say the opposite of the idea he was developing in his speech in extenso.

This is the case, for example, of a short video shared on Wednesday by many Bolsonarians, such as the influential evangelical pastor Silas Malafaia, showing the left-wing ex-president Luiz Inacio Lula da Silva saying: "I have to lie, the politicians must lie".

But by watching the entire video of the interview given the day before to the Flow podcast, we can see that Lula actually put this sentence in the mouth of Jair Bolsonaro, whom he called a "compulsive liar" a few seconds earlier.

The far-right president has also been targeted by video clips that mislead Internet users.

In one of these extracts, Mr. Bolsonaro seems to announce that he would appoint ex-president Fernando Collor de Mello (1990-1992) to the government, so that he “confiscates the pensions”.

An allusion to the savings freeze of 1990, a very unpopular measure of Mr. Collor, who finally resigned two years later, after the opening of a dismissal procedure for corruption.

But in the extract in question, completely taken out of context, President Bolsonaro is only citing a "rumor" disseminated by his detractors.

Lies on the pink wave

With the recent victories of left-wing candidates such as Alberto Fernandez in Argentina, Gustavo Petro in Colombia, Pedro Castillo in Peru or Gabriel Boric in Chile, a pink wave seems to be sweeping over South America, a trend that could be confirmed in the event of a election of Lula in Brazil.

False information about these countries having shifted to the left has spread in Brazil.

This is the case, for example, of a supposed "authorization of pedophilia" attributed to the Petro government in Colombia. The measure in question, which legalized marriage from the age of 14 without parental consent, was in fact taken under the mandate of his right-wing predecessor Ivan Duque.

Another stark example: Posts evoking "farmers looted by the starving population in Argentina" show footage of unrest dating back to 2021 in Colombia, also under Mr Duque's presidency.

Separately, videos of the monster protests in Chile in 2019 were captioned as if they had taken place under young President Gabriel Boric, who took office in March 2022.

The credibility of polling institutes has been seriously damaged by the much higher than expected result of Jair Bolsonaro in the first round.

But misinformation contributes even more to trouble opinion polls, with publications evoking the results of fictitious polls or, at least, not approved by electoral justice.

Manipulation of the sound or the graphics shown in extracts from television news also make it possible to believe that a candidate is declared the winner by a legitimate poll, even if it is his opponent who has obtained the most voting intentions.

Some posts show screenshots that mimic the graphic style of respected news sites, in an attempt to give false or misleading content more credibility.

One of these false articles, which seems to have been published on the G1 site, of the Globo group, says for example that Lula would force the holders of weapons to hand them over to the authorities if he were elected.

The site of Jovem Pan, a press group with a generally more favorable tone for Jair Bolsonaro, was also attributed a false article announcing that the far-right president had obtained in the first round "99% of the votes" of Brazilian voters voting in New Zealand.

Official results show Lula actually won in the Oceania country on October 2, with 73% of the 448 votes cast.