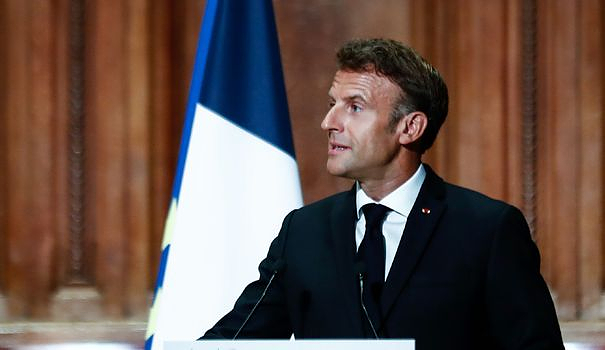 According to Emmanuel Macron, the school, which he has placed in priority projects since his first term, no longer reduces inequalities, the teaching profession no longer attracts, or much less and "we still have too many students unhappy": "Something is not working in the collective organization".

"The task is huge but we can face it," he assured in the great amphitheater of the Sorbonne in Paris.

The president promised that the increase in teachers' salaries would be "continued" so that none of them would start their career "at less than 2,000 euros net" per month (i.e. 38% for a trainee teacher and 20% for a beginner holder). This "will allow about 10% increase in compensation compared to the status quo", he said, without giving a timetable on the implementation of these increases.

To this revaluation, "unconditional level", will be added a "pact for teachers" which will allow them, on a voluntary basis, to "engage (...) in additional missions", such as individualized follow-up, management tasks or "actions that make sense", and which will be "remunerated", said Emmanuel Macron.

But according to the Head of State, the answer does not only lie in "more means". "That we have already done."

His main announcements concern the professional path, a subject that is dear to him, after the reform of the general high school during the previous mandate.

Emmanuel Macron calls for a "deep transformation": he wants to "reattach the vocational high school very in depth and upstream with the world of work", develop "internship times by at least 50%" and better remunerate them, recruit more teachers from the professional world, etc.

He wants to rely on "what we have managed to do through the apprenticeship reform", which has seen the number of apprentices increase sharply.

"We have often, given the remuneration, asked for excessive university degrees for some" or who did not train enough for the teaching profession. "People have the right to commit themselves from the baccalaureate in this beautiful profession, to have a sector which is a little arrowed, a little accompanied", according to him.

The president thus spoke of an "ad hoc course". "It may have existed in the past" but "I don't want to say words here that would immediately give rise to debates", he anticipated.

Emmanuel Macron also announced the creation of an educational innovation fund of "at least 500 million euros", from September, for establishments wishing to set up a specific educational project, carried out by the directors of establishments, teachers and even parents of students.

“We put money into it, at least 500 million euros, as close as possible to the field” and it must be “disbursed as soon as possible”, declared the president.

"There are projects that won't work, schools that won't want to make projects, projects that will fail: it doesn't matter at all," he continued, saying he was "convinced" that this device, described as "Copernican revolution", is "at least as important as the salary increase" for the recognition of teachers.