It was 16 meters long, weighed over 61 tons and could open its mouth almost two meters - as the largest shark that ever existed, the megalodon was at the top of the food chain during its lifetime, swallowing even huge prey the size of a modern-day killer whale in just a few bites . 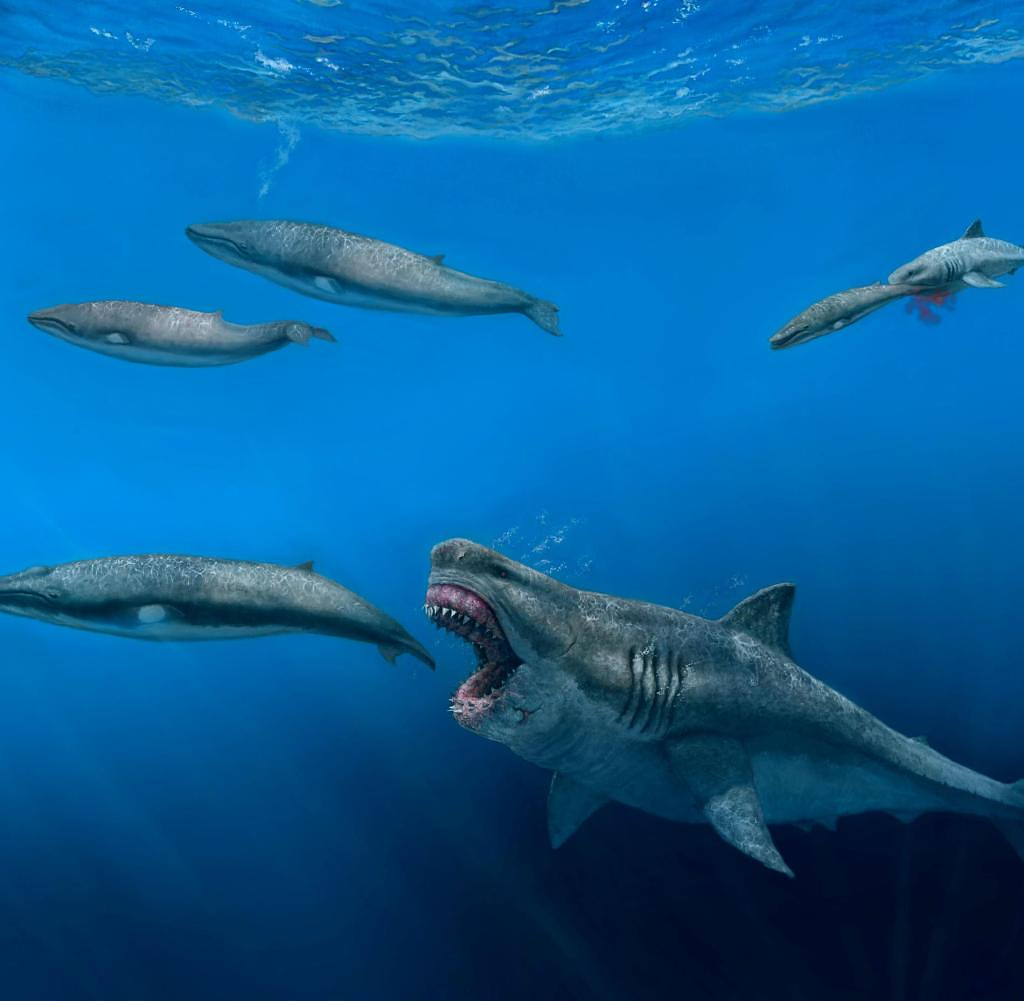 It was 16 meters long, weighed over 61 tons and could open its mouth almost two meters - as the largest shark that ever existed, the megalodon was at the top of the food chain during its lifetime, swallowing even huge prey the size of a modern-day killer whale in just a few bites .

That's according to a 3D reconstruction of the extinct basking shark, based on a few skeletal fossils that have survived from the giants. With the disappearance of the giant, the ecology of the seas and the life in them may have changed fundamentally, the researchers write in the journal Science Advances.

According to fossil finds, megalodon - scientifically correct Otodus megalodon - appeared in the oceans about 23 million years ago and died out about 2.6 million years ago. Much is unknown about the giant's characteristics and life, partly because fossils are scarce: its skeleton is made of cartilage, which does not fossilize well. Most of the information about the shark is therefore based on finds from its huge, fist-sized teeth.

For their 3D model, however, the researchers led by Jack Cooper from Swansea University (Great Britain) rely on the remains of some vertebrae of the basking shark, which were discovered in the 1860s and are kept in a museum in Belgium. They scanned the individual vertebrae and then digitally reconstructed the entire spine. An existing 3D scan of the megalodon teeth was added and finally the body scan of a great white shark was used as a template to encase the skeleton in flesh.

With the help of the finished 3D model, the scientists then calculated numerous physical features of the giant. "Weight is one of the most important characteristics of any animal," said co-author John Hutchinson in a statement. "In extinct animals, we can estimate body mass using modern 3D digital modeling methods and then establish the relationship between mass and other biological properties such as speed and energy expenditure."

The scientists calculated the animal's approximate length of 16 meters and its weight of over 61 tons. They calculated that the shark needed around 98,000 kilocalories a day and its stomach could hold around 10,000 liters. The scientists suspect that the high calorie requirement was covered with very high-energy whale blubber, among other things. Megalodon bite marks are known from fossil whale bones.

Further calculations showed that megalodon should have swallowed medium-sized prey between three and six meters in length with very few bites. Larger prey, seven or eight meters long, could have been eaten in at least five bites. Animals the size of a killer whale (Orcinus orca, about eight meters long) would not have exceeded the capacity of the stomach and could therefore, at least theoretically, have been completely consumed. With the large prey, Megalodon opened up a food niche in which it had no competition.

In addition, such a meal should have fed the animal for weeks - and thus also gave it the opportunity to travel long distances without having to worry about foraging for food. According to the measurements, Megalodon plowed through the primordial seas with an average swimming speed of about five kilometers per hour. With its excrement, it transported important nutrients from one ocean area to the other, the scientists continue to report.

"These results suggest that this basking shark was a transoceanic super predator at the top of the food chain," says study leader Catalina Pimiento from the University of Zurich. "The extinction of this iconic basking shark likely impacted global nutrient transport and relieved large cetaceans of intense predation pressure."

‹ ›
Keywords:
ZoologieMeeresbiologieHaiePaläontologieEvolutionUniversität ZürichRiesenhaisMegalodonSmartphone
Your comment has been forwarded to the administrator for approval.×
Warning! Will constitute a criminal offense, illegal, threatening, offensive, insulting and swearing, derogatory, defamatory, vulgar, pornographic, indecent, personality rights, damaging or similar nature in the nature of all kinds of financial content, legal, criminal and administrative responsibility for the content of the sender member / members are belong.
Related News