power vacuum? How China is trying to get close to the Taliban

An hour's drive outside of Kabul, in the foothills of the Hindu Kush, three men are drilling for water. 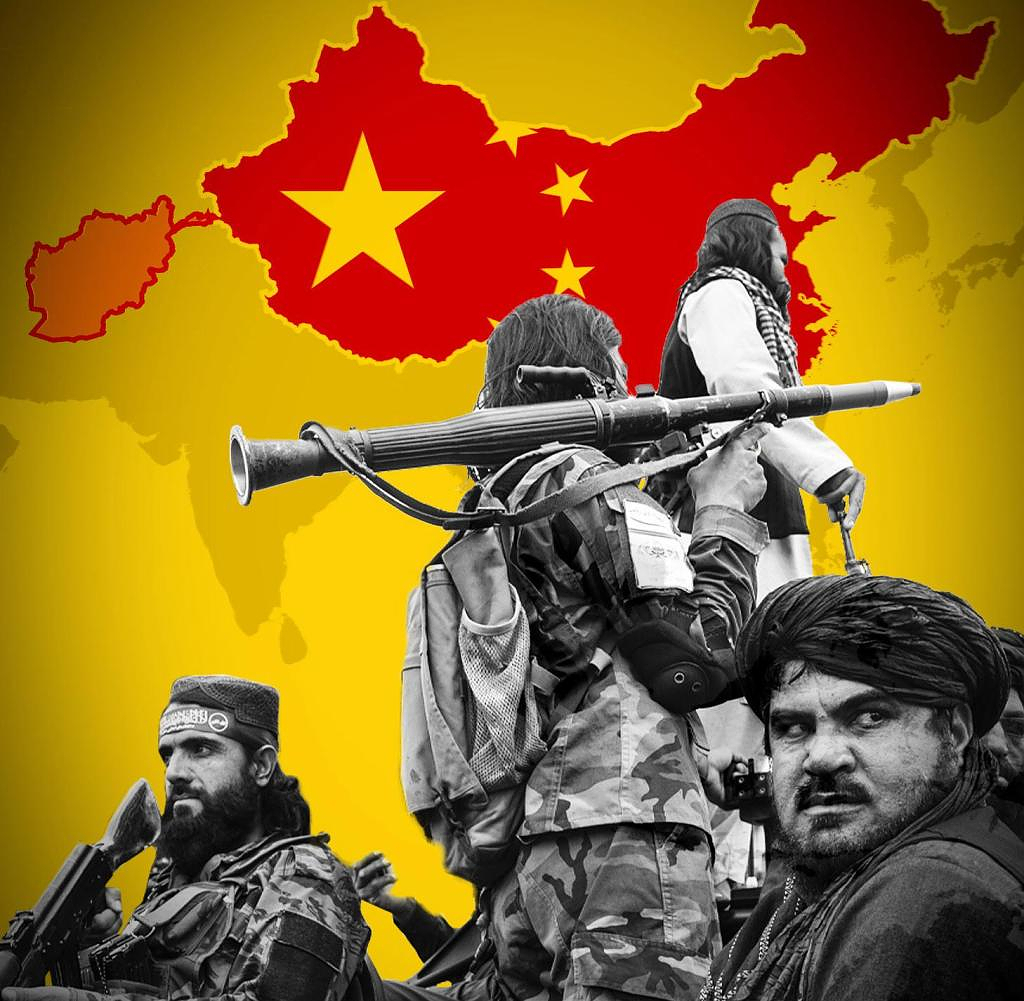 An hour's drive outside of Kabul, in the foothills of the Hindu Kush, three men are drilling for water. It's day three of construction and they're laying the foundation for a 130-acre industrial park. They are paid with Chinese money. The company China Town Kabul wants to attract factories from the People's Republic to Afghanistan with the industrial park. The project was approved by the Taliban, who have been in power in Afghanistan for a year.

In the city center about 40 kilometers away, one of the company's representatives, Gao Susu, is sitting in a cantilever armchair. "The security situation has improved over the past year," she says. She hopes this will attract investors. On a shelf on the wall, the Chinese flag and that of the Taliban stand together in a flag holder.

When the West, led by the US, pulled out of Afghanistan after two decades of military intervention, it left a vacuum. The Americans had put around 2.3 trillion US dollars into the war, engaged in nation building and tried to turn Afghanistan into a friendly democracy. An ally in the region. In vain.

Others are now filling the gap. Since the Taliban came to power, Afghanistan has been officially isolated internationally; no country has yet recognized the new regime. But behind the scenes, China is trying to fill some of the American vacuum. Politically, Beijing is trying to close ranks with the Taliban; economically, the Chinese want to get into mining and trade. Afghanistan's mineral resources are valued at one trillion dollars.

According to Gao, the planned industrial park near Kabul will initially only accommodate companies from China. First you want to address manufacturers of building materials, later also the consumer goods industry. The company China Town Kabul has been active in Afghanistan for 20 years, now others are to follow.

Politically, too, China seeks proximity to the Taliban. Months ago, Beijing called for Afghanistan's internationally frozen assets to be released and for sanctions to be lifted. At a press conference on Wednesday, Chinese Ambassador to Kabul Wang Yu said China will "significantly expand bilateral cooperation with Afghanistan in all areas."

Since the Taliban took power, the people of Afghanistan have suffered from economic hardship; Aid organizations speak of a hunger crisis. Beggars are part of everyday life on the streets of Kabul. Many have lost their jobs.

In this situation, foreign investments are basically good news, as they promise an upswing and jobs. However, China's efforts are probably not altruistic. In addition to economic profit, strategic interests are also at stake – and systemic competition with America.

Ambassador Wang then said the US created problems in Afghanistan and did not help the people after they left. His words fit the narrative of the Communist Party. A State Department official recently posted photos of a Chinese and American military plane in Afghanistan.

The former brought relief supplies after a devastating earthquake, the latter was part of the US evacuation mission last summer. "One cost lives, the other brought hope," Zhao Lijian wrote. "This is perhaps the biggest difference between China and the US."

Washington should be concerned about this development. The former supreme commander of Western units in Afghanistan, General a. D. David Petraeus, warns of the consequences of the American withdrawal from Afghanistan. This has enabled America's opponents to claim "that the United States is not a reliable partner and rather a declining great power," he wrote in a recent article for The Atlantic magazine. This is by no means trivial at a time when deterrence is becoming increasingly important. By name he mentions “a revisionist Russia, a self-confident China, an aggressive Iran and Islamist extremists”.

In the government district in Kabul, a mural adorns one of the many walls designed to protect against attacks. It shows a map of the world and the flag of the Taliban surrounded by flowers. "The Islamic Emirate of Afghanistan wants positive and peaceful relations with the world," is written next to it in English. The Taliban are officially trying to maintain neutrality in foreign policy.

Abdul Azim Hashimi, blue vest, black turban, is responsible for industrial parks at the Ministry of Commerce. When asked about Chinese investments, he expressed reservations. "We paved the way for foreigners as well as Afghans to invest in Afghanistan," he says. After 20 years of foreign intervention in the country, it is important for the new rulers to emphasize their own independence.

The facts speak a different language. According to an analysis by the American think tank Washington Institute, Chinese representatives have met the Taliban most frequently in an international comparison - 71 times over the past year. In second place follows the NATO country Turkey (54 publicly known meetings). The author of the study writes that the return of the Taliban goes beyond the West's focus on counterterrorism - it is also about great power competition.

In March, Chinese Foreign Minister Wang Yi paid a surprise visit to his Taliban counterpart. Russia's war of aggression against Ukraine was only a few weeks old, so the meeting received little international attention. In Kabul, Wang planted a memorial tree "in the hope of a prosperous Afghanistan."

The day before, the Taliban had ordered schools for girls in seventh grade and up to remain closed. There were outraged reactions around the world. China, on the other hand, repeatedly emphasizes that it does not interfere in the "internal affairs" of other countries. In the area of ​​human rights and freedoms, the Taliban need not fear any conditions for cooperation with Beijing.

To a certain extent, China is still cautious despite the increased commitment. China Town Kabul's Gao says when she speaks to Chinese businesspeople, concerns about safety and risk play a big role. Beijing is also wary of concerns about a resurgence of international terrorism in Afghanistan: stability is a top priority for the Chinese.

Because international terrorism also senses an opportunity in view of the vacuum left by the Americans in Afghanistan. A few weeks ago, the United States killed al-Qaeda leader Aiman ​​al-Zawahiri with a drone attack in the middle of the capital Kabul. As a result, doubts arose about the Taliban's ability or willingness to fight the terror network.

According to a recent report by the UN Security Council, direct attacks outside of Afghanistan by al-Qaeda are not to be feared in the near future. In the long term, however, "al-Qaeda is viewed as a significant threat to international security." The takeover of power by the Taliban is a favorable factor.

When it comes to Afghanistan, no easy decisions await Europe and the United States. However, according to Ibraheem Bahiss of the International Crisis Group, a wait-and-see attitude also leads to power shifts in the region. "The West is reluctant to engage with the Taliban and offer economic aid," he says. This opens the door for countries like China.

"If we want to prevent Afghanistan from falling into the sphere of influence of other great powers, we have to maintain a level of presence and engagement in the country," he says. Only a counterweight to China would enable the Taliban government to take a neutral stance in the competition among major powers.

A year ago, the Taliban took power in Afghanistan. "Many people no longer know how to feed their families," reports Carolina Drüten from Kabul. "The situation is particularly precarious for schoolgirls." But many former local workers are still stuck.

‹ ›
Keywords:
DrütenCarolinaAfghanistanTalibanChinaPolitikInnenpolitik
Your comment has been forwarded to the administrator for approval.×
Warning! Will constitute a criminal offense, illegal, threatening, offensive, insulting and swearing, derogatory, defamatory, vulgar, pornographic, indecent, personality rights, damaging or similar nature in the nature of all kinds of financial content, legal, criminal and administrative responsibility for the content of the sender member / members are belong.
Related News