"Stop all that! We are a great country, we have a great energy model, we are going to hold out this winter despite the war. 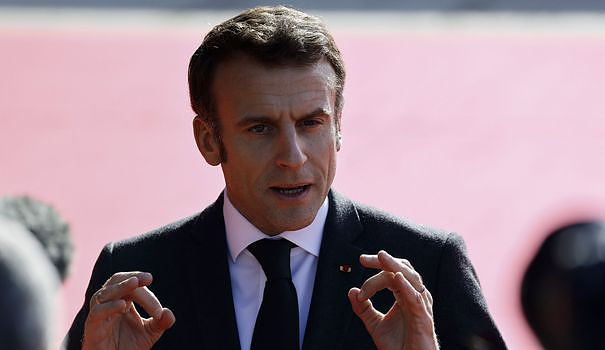 "Stop all that! We are a great country, we have a great energy model, we are going to hold out this winter despite the war. And I ask everyone to do their job," said the president arriving at a European summit in Tirana, Albania.

"The scenarios of fear, not for me! We all remain united and we move forward", concluded Emmanuel Macron, who also considered "stupid" the "debate" he had "heard in recent hours".

For him, "the role of the authorities and public companies is not to transfer fear or to govern by fear".

On Saturday, Mr. Macron had already called on the French not to "panic" in the face of the risk of power cuts, even judging that they could be avoided if consumption were reduced by 10%.

The government, which anticipates "all scenarios" in a measure of "forecasting" in the event of an electricity shortage, sent a circular on November 30 to the prefects so that they prepare their departments for "targeted power cuts and scheduled,” according to the document.

In the event of a very tense situation in the electricity system this winter, particularly in January, the EcoWatt "electricity weather forecast" managed by RTE will issue a red signal three days in advance to warn of the risk of targeted and temporary cuts, so that everyone implement measures to avoid them.

If consumption does not drop after the red signal is issued, rotating cuts of two hours organized on portions of departments would be "inevitable", according to RTE.