A valuable business letter with 9-Schilling stamps, which went from Hamburg to New York via Liverpool in 1859, will be auctioned on September 24. 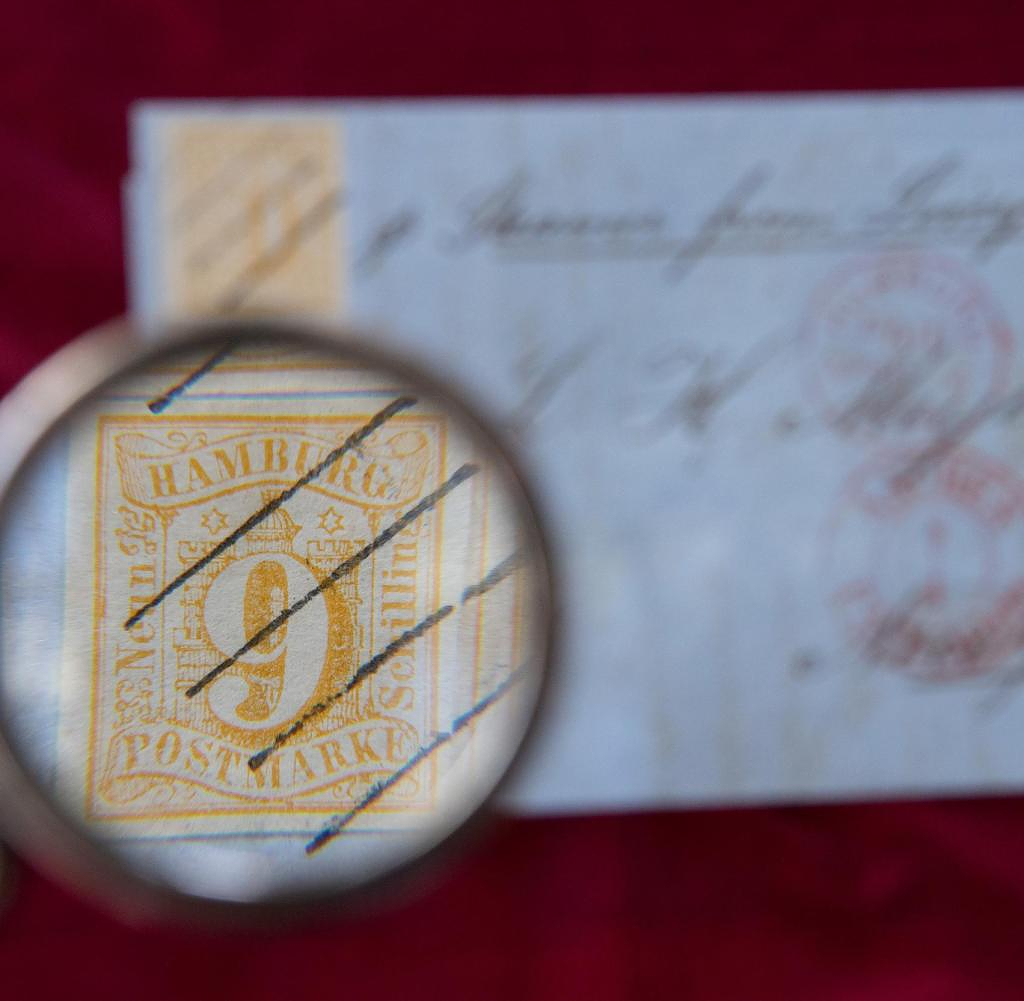 A valuable business letter with 9-Schilling stamps, which went from Hamburg to New York via Liverpool in 1859, will be auctioned on September 24. The starting bid is 60,000 euros, said the managing director of the auction house Heinrich Koehler in Wiesbaden, Dietrich Michelson. But he expects a higher price. "There will be fights over it." Because the letter is "a grenade in postal history".

The letter bore the largest known number of 9-shilling stamps from 1859, Michelson said. It was the first issue of stamps in Hamburg. "It's a beautiful cover with the blue background, the red stamps and the four yellow stamps." According to the auction house, it was 16 days on the road at the time.

The stamps are part of the 8th stamp auction of the collection of former Tengelmann boss Erivan Haub. The Haub collection has been auctioned since the summer of 2019. According to the Aktionshaus, Haub acquired the letter sent from Hamburg in 1988.

‹ ›
Keywords:
TengelmannHaubErivanBriefmarkensammelnAuktionenHamburgNew YorkAktionshausDietrich MichelsonHessenHeinrich KöhlerWiesbadenErivan HaubUhrenStartgebotGeschäftsbriefStartangebot
Your comment has been forwarded to the administrator for approval.×
Warning! Will constitute a criminal offense, illegal, threatening, offensive, insulting and swearing, derogatory, defamatory, vulgar, pornographic, indecent, personality rights, damaging or similar nature in the nature of all kinds of financial content, legal, criminal and administrative responsibility for the content of the sender member / members are belong.
Related News