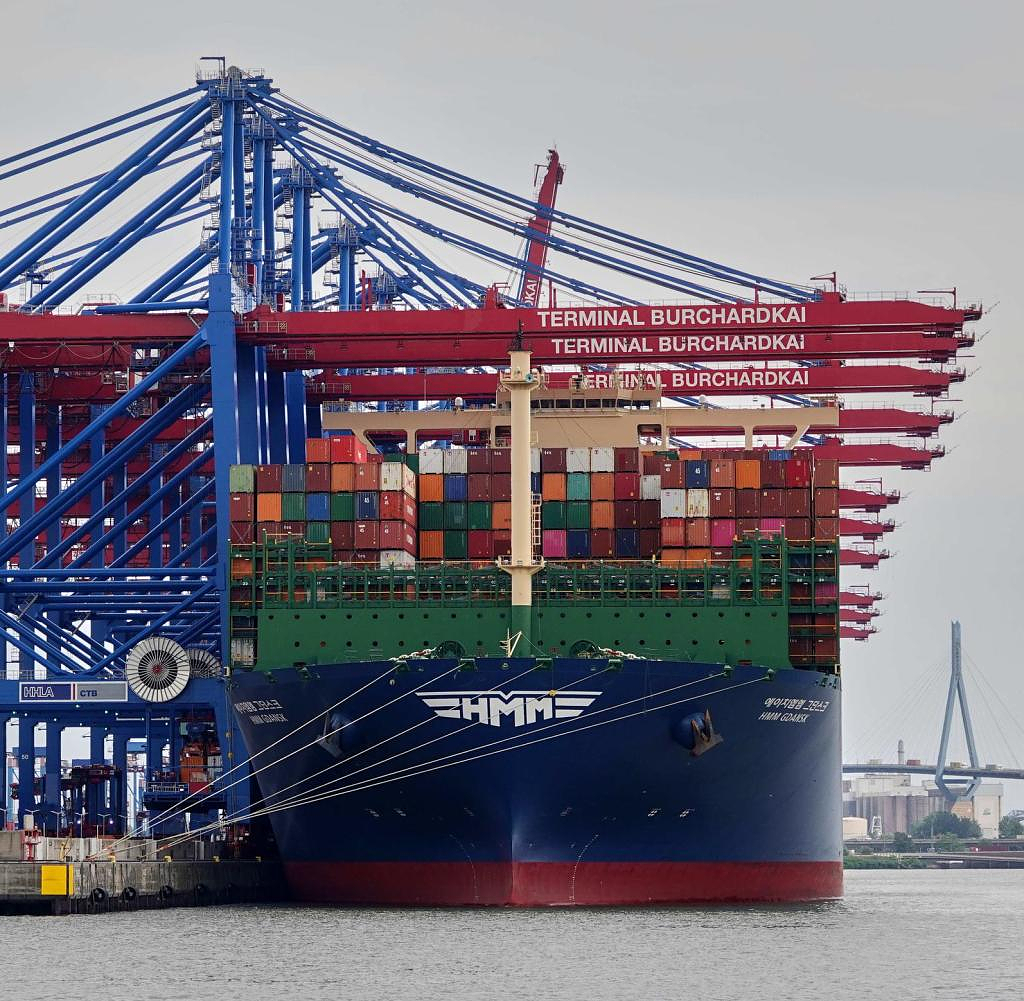 Despite disrupted supply chains, long ship traffic jams and strikes, the Port of Hamburg has handled more containers. In the first half of the year, 4.4 million standard containers (TEU) were moved along the quay walls, almost one percent more than in the same period last year, as reported by the Port of Hamburg Marketing Association on Wednesday. Compared to the competition in Rotterdam, Antwerp and Bremen/Bremerhaven, all of which have recorded declines, Hamburg is the only one of the large ports on the North Sea to have recorded growth and slightly expanded its market share.

Due to the war in Ukraine and the corona lockdowns in China, all ports had to contend with the upheavals in shipping traffic and problems with transporting cargo away by rail and truck. However, the consequences in Hamburg in the first half of the year were less serious than feared. The warning strikes by dockers in June also had little impact. A spokesman pointed out that the container traffic jams had built up slowly and that their full impact would not be seen until the second half of the year. The marketing organization appealed to the Verdi union and the German seaport companies to reach an agreement on the wage conflict as soon as possible.

The total handling of all goods in Germany's largest port shrank by 2.7 percent to 61.8 million tons in the first six months. The main reason was the EU sanctions against Russia. The handling of bulk goods such as coal and ore fell by almost nine percent to 17.6 million tons. The decline was limited because the sources of supply were shifted. Coal, for example, was reportedly increasingly imported from other regions. The port is currently also benefiting from the fact that bulk goods are transported by rail due to the low water level in the Rhine.

By the end of the year, the Port of Hamburg's marketing organization is anticipating a slowdown in seaborne cargo handling due to rising energy prices and meager consumption. Should the supply chains and the economic situation stabilize, however, a handling result of around 130 (previous year 128.7) million tons and 8.7 million standard containers as in the previous year cannot be ruled out.

‹ ›
Keywords:
HafenumschlagHamburgContainerHafenTerminalsNordseeAntwerpenHHLARotterdamKrimiBurchardkai
Your comment has been forwarded to the administrator for approval.×
Warning! Will constitute a criminal offense, illegal, threatening, offensive, insulting and swearing, derogatory, defamatory, vulgar, pornographic, indecent, personality rights, damaging or similar nature in the nature of all kinds of financial content, legal, criminal and administrative responsibility for the content of the sender member / members are belong.
Related News