Recently, thirty nurses and medicine professionals from Poniente University Hospital participated in the review process of the Treatise On Intensive Care Medicine. 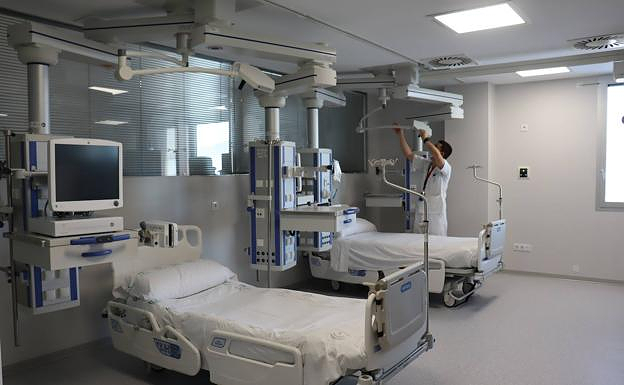 Recently, thirty nurses and medicine professionals from Poniente University Hospital participated in the review process of the Treatise On Intensive Care Medicine. This reference manual is the best-selling in Spanish.

This work was prepared by Intensive Care, Paediatrics and Emergency units, as well as Internal Medicine and Tropical Medicine units. It reflects the most recent advances in critical patient care.

Antonio Cardenas, a professor at the University of Granada and specialist on Intensive Care Medicine at Poniente University Hospital, stated that the Treaty on Intensive Care Medicine was prepared with more than 500 professionals who were involved in the care of critical patients. Elsevier published the treaty, which had the scientific approval of the Andalusian Society of Intensive Medicine and Coronary units and the Spanish Society of Intensive, Critical and Coronary Medicine>>.

The Spanish version of this manual was published for the first time in January 2016. It quickly became the most popular Spanish-language book. After the first edition had been exhausted, its promoters decided to revise and expand it.

‹ ›
Keywords:
ProfesionalesPonienteParticipanElaboracionNuevoTratadoMedicinaIntensiva
Your comment has been forwarded to the administrator for approval.×
Warning! Will constitute a criminal offense, illegal, threatening, offensive, insulting and swearing, derogatory, defamatory, vulgar, pornographic, indecent, personality rights, damaging or similar nature in the nature of all kinds of financial content, legal, criminal and administrative responsibility for the content of the sender member / members are belong.
Related News