Pollesch's jokes used to be better

The December wind whistles icy across Berlin's Rosa-Luxemburg-Platz, the banner above the Volksbühne's portal is already shining in the distance. 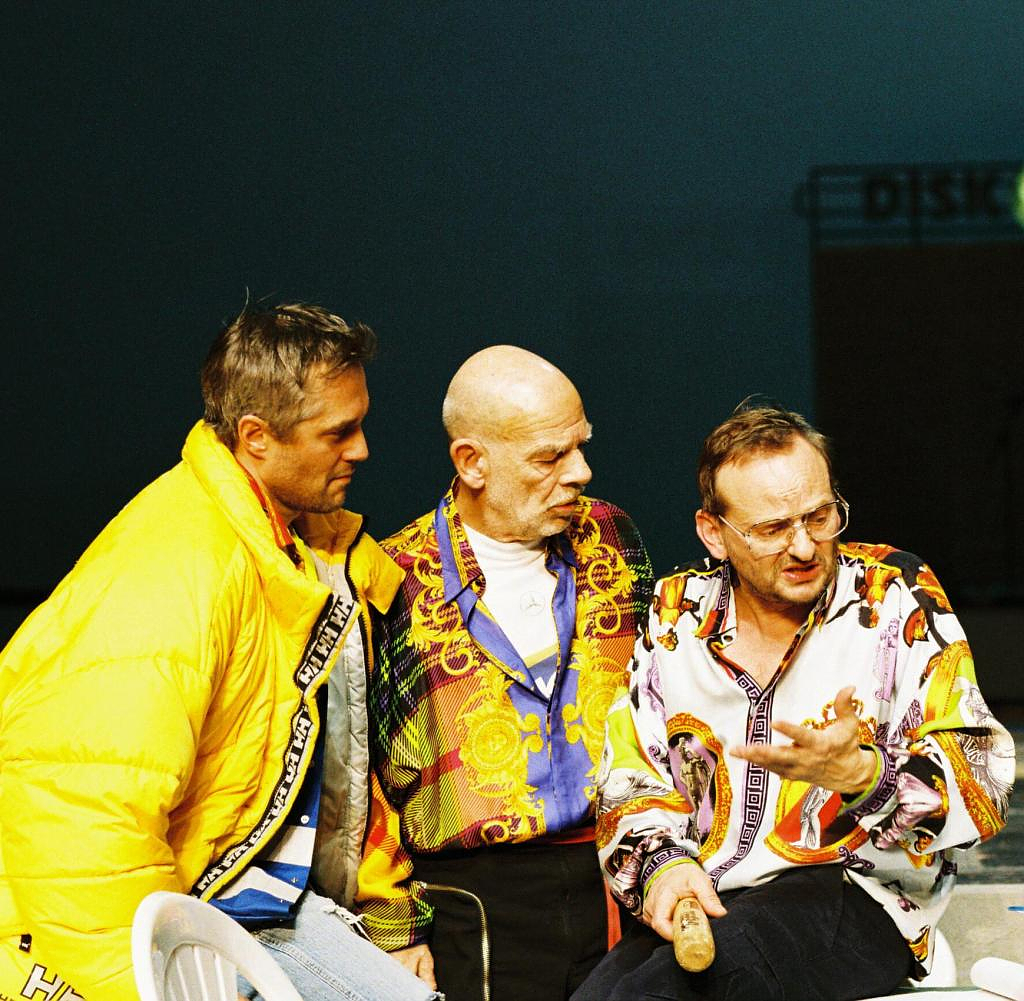 The December wind whistles icy across Berlin's Rosa-Luxemburg-Platz, the banner above the Volksbühne's portal is already shining in the distance. "And now?" It is the title of the new play by René Pollesch. It can also be understood more comprehensively: as a question about the condition and future of the house. Great things are expected of the Volksbühne in Berlin and beyond. Pollesch started with the call for a total renewal of the theatre. Only little of it can be seen so far.

The first season was weak, the second was opened by the radical performer Florentina Holzinger with her free-body bathing fun "Ophelia's Got Talent", which, despite great moments, splashed intellectually in the non-swimmer area. But at least a great spectacle in the best Volksbühne tradition. Posters were used throughout the city to advertise the evening "Passagen-Werk" by filmmaker Max Linz, which was announced afterwards, but was canceled the day before the premiere. Because of illness, it was officially communicated.

Another variant is circulating unofficially: Sophie Rois, who was supposed to celebrate her glorious return to the Volksbühne as the star of the production, had already withdrawn in advance. Pollesch then discontinued the work without further ado, saying it was not artistically enough for him. No chance for the audience to see the first theater work by Linz, who has made a name for himself in the film world with bizarre comedies such as “Further on Sanssouci” and “L’etat et moi”.

With "Hyäne Fischer - das totale Musical" the next big premiere turned out to be a total failure, in the "Süddeutsche Zeitung" quite aptly described as "stupid hell in musical form". Thoughtlessly and helplessly mutilated things should add up to the big feminism show, "Testicles to power" resounded across the stage. Foreign shame was another of the friendlier feelings that stirred in the face of it. Even the Volksbühne audience, who usually laughed away ironically at every bottomlessness, lost their composure, there were clearly audible boos during the premiere applause.

A commemorative evening on the occasion of the legendary director's 100th birthday once again evoked memories of great times, the present looks quite meager in comparison. Also in view of a manageable repertoire, which is not surprising in the second season, a big premiere was needed that fills the house. For "And Now?" Pollesch has called his all-star troupe together: Martin Wuttke, Milan Peschel and Franz Beil. All old warriors from the Pollesch front.

Sworn in like the three musketeers, Wuttke, Peschel and Beil crack their jokes, but unfortunately not throughout the evening. The text has three question marks in particular. The starting point is the Petrol-Chemical Combine (PCK) in Schwedt, long before the gas from the "Druschba" was relabeled overnight from harmless to morally reprehensible. Back then, we're talking about 1968 in the GDR, cybernetics and workers' theater were all the rage. Two reasonable things that may seem utopian from today's perspective. But why, like Pollesch, it becomes a queer manifesto is not explained like some other things.

There is a loose hold in theater history: in 1968, the author Gerhard Winterlich wrote the play “Horizonte” for the Schwedt Workers’ Theater, based on Shakespeare’s “A Midsummer Night’s Dream”, which was adapted by Besson and Heiner Müller for the Volksbühne the following year. Two years ago, the theater group Andcompany

One feels like in an aleatoric experiment with Pollesch algorithm. It snarls alarmingly, the jokes have been better before. The three actors stumble around on Anna Viebrock's stage, accompanied by a prompter for minimal textual orientation, it is an abandoned area with a swimming pool, grandstands and a small disco stage, a few plastic chairs in front of the ramp - an alternative to Holzinger's overloaded water world . But the sparsely filled room swallows the voices of the actors, and the audience is partly left behind acoustically.

Small scenes are pretty, for example when Wuttke, Peschel and Beil - without any text - change their costumes designed by Tabea Braun to music like from an old spy film, brightly colored shirts instead of full-body worker's clothes. Or an inserted badminton game. But the coolness level is not maintained, it must have been ironically broken several times. However, it seems silly when Wuttke is repeatedly struck by lightning while shouting "Macbeth". There can be no question of a comparable number of flashes of inspiration. Although only an hour and a half long, the evening has enormous lengths.

If you compare "And now?" with "(Life on earth can be sweet) Donna" from 2019, in which Viebrock, Wuttke and Peschel were also involved in addition to Pollesch, you then also notice what is missing: a topic, a thesis, one strong setting. It meanders from one to the other, which quickly leads to knots in the head. The actors fight against it, they can do it too. Wuttke's comic play between self-control and insecurity is brilliant, Peschel is a master of slapstick who only has to raise an eyebrow to let a scene tip into the absurd, and Beil impressively balances between exaggerated woodenness and mischievousness. The three on stage are an experience in themselves.

It's an evening that relies on the familiar. Strong actors, a stage and costumes with show value, nothing surprising, almost conventional or almost traditional. The big hit didn't materialize, the audience accepted it with polite applause. And now? The question has not become any less pressing for the House.

‹ ›
Keywords:
ReneWELTnextBerlinTheaterVolksbühne Am RosaLuxemburgPlatz (Berlin)Pollesch
Your comment has been forwarded to the administrator for approval.×
Warning! Will constitute a criminal offense, illegal, threatening, offensive, insulting and swearing, derogatory, defamatory, vulgar, pornographic, indecent, personality rights, damaging or similar nature in the nature of all kinds of financial content, legal, criminal and administrative responsibility for the content of the sender member / members are belong.
Related News