Political expert warns of the "Chinese whip" at Illner

The US midterm elections remain a disappointment for Republicans. 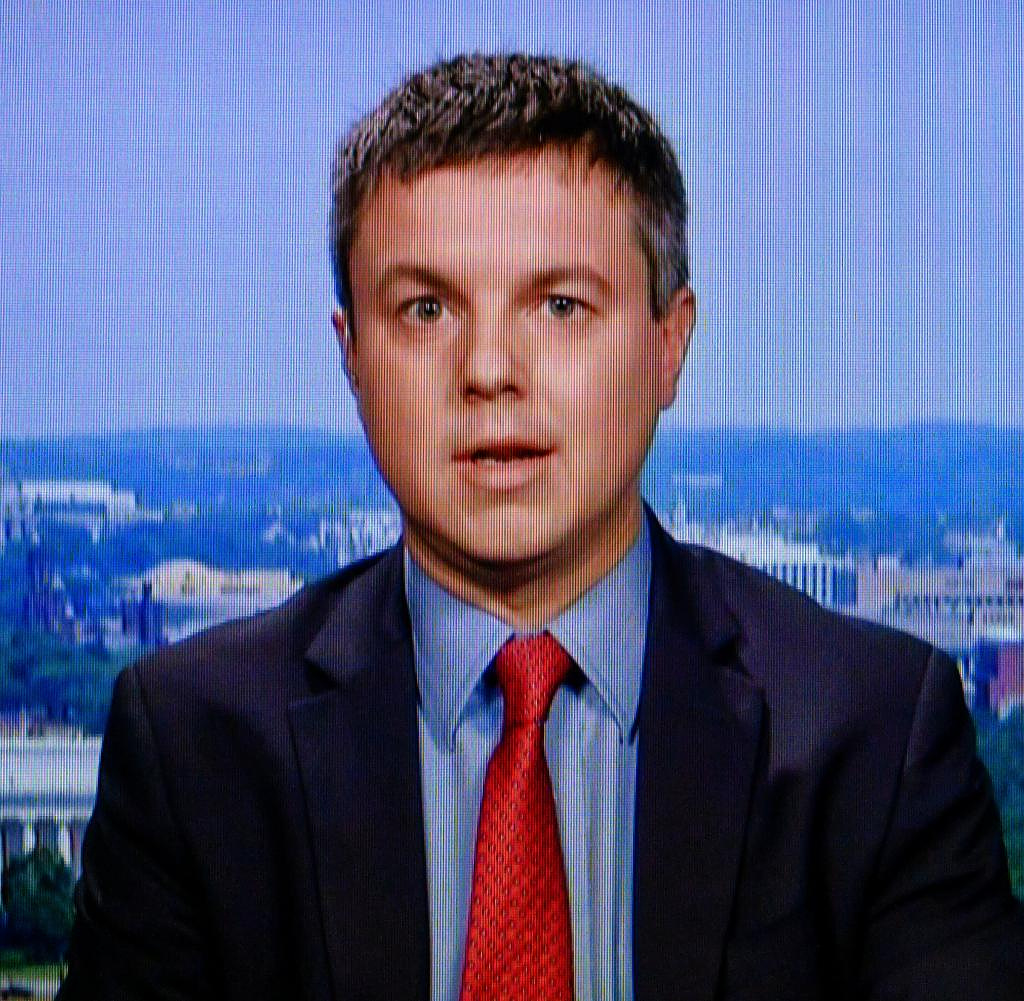 The US midterm elections remain a disappointment for Republicans. Although it is not yet certain what the majority situation will look like in the future, one thing is clear: the expected "red wave" in the Senate and House of Representatives will not materialise. The Democrats, in turn, must be prepared to work with their political opponents.

How will all of this affect the US relationship with Germany? And how can the federal government react to this? ZDF presenter Maybrit Illner discussed this on Thursday evening with Federal Finance Minister Christian Lindner (FDP) and SPD leader Lars Klingbeil.

The behavioral economist Ulrike Malmendier, the American-Austrian political advisor Peter Rough and the "FAZ" journalist Helene Bubrowski provided assessments in the round. Lindner said there have been no clear winners or losers in the US, just "unpredictable Americans."

Some of the Republicans, who will now increasingly move into the lower house, had promised during the election campaign to significantly reduce or completely suspend financial support for Ukraine in the war against Russia. Nevertheless, the guests were unanimous: one should not expect a drastic change in US foreign policy for the time being.

Lindner said Germany has a "strategic responsibility to lead talks" with the G7 presidency. These will continue to be met. Ukraine needs around three billion US dollars a month, of which the EU is now taking over 1.5 billion through long-term loans. "Look ahead, Ms. Illner," said Lindner, that was a big step.

Policy adviser Rough explained why many Americans are skeptical about supporting Ukraine. The US, he said, had warned for years about Germany's energy policy, which is largely dependent on Russia. In Washington, he often hears the phrase: "Why should we settle the score for Germany?" Nevertheless, he emphasized, US President Joe Biden has the last word on foreign policy and not the House of Commons. Rough said he was "confident" that the policy would remain constant for now.

The SPD politician Lars Klingbeil then again admitted the mistakes in energy policy, but emphasized: “An incorrect energy policy in Germany is not to blame for this war. Blame it on Putin with his great power fantasies.” The mistake of entering into one-sided dependency was made, but now cooperation with the United States must be strengthened all the more, he said.

It is precisely because of this cooperation that one can be “very happy” that Joe Biden is President. The transatlantic relationship has not been as good as it is now for a long time. Nevertheless, Germany must also position itself “more sovereignly and self-confidently” and stand up for its economic interests. "Because we don't know what will happen after 2024," said Klingbeil.

Just recently, the Americans passed a 430-billion-dollar anti-inflation law that is primarily intended to strengthen the country's economy. Christian Lindner therefore warned of a "trade war" this week and appealed for more cooperation with the USA.

At Maybri Illner, too, he said: "My advice is: Let's talk first." He thinks subsidies, trade barriers or tariffs are wrong; instead, Germany's competitiveness must be improved. Lindner proposed the concept of "friendshoring" for the relationship with the US, according to which "value partners can also be preferred trading partners".

The "FAZ" journalist Helene Bubrowski agreed: "I do not find protectionist reflexes courageous. It would be downright absurd to build walls across the Atlantic and make each other's lives difficult.” Bubrowski criticized German politics: Even under Obama, the chance of the TTIP free trade agreement with the USA, which is with Canada (CETA), was lost still not ratified.

This sends a negative signal instead of providing an incentive for the United States to resume such negotiations. Lindner admitted that in the US there was no "appetite" to "retake failed things". Nevertheless, it is clear: “In any case, it is better to talk and see what is possible than not to develop any ambitions at all. In what world situation should liberal democracies actually cooperate more closely if not now?”

Lindner and Klingbeil also had to face the question of why Chancellor Olaf Scholz traveled to Beijing last week without French President Emmanuel Macron. The trip was the German Chancellor's inaugural visit, emphasized Klingbeil, which is why the criticism was "absurd". Lindner defended the business delegation that accompanied Scholz on the visit: "I would criticize him if he hadn't taken her with him," he said. “Hundreds of thousands of jobs depend primarily on this.”

Klingbeil even called the Chancellor's trip a "great diplomatic success". Since Scholz addressed human and international law and only then commercial law, there was now "no doubt" about Germany's position, Lindner said. To the objection that Scholz wrote on Twitter that Germany shares some values ​​with China, Lindner simply replied: "I'm not on Twitter that often."

Nevertheless, the finance minister warned against becoming too dependent on the "systemic rival" China and suggested making other regions more attractive, for example the ASEAN countries or Brazil under the new President Lula: "One should not say 'out of it China', but make other things more important and easier to trade."

Political advisor Rough, in particular, warned against getting too close. If there were disputes between the US and China, "carrots would be baked for Germany" in Beijing: "That might be tempting," he said. "But at some point the Chinese whip will come."

‹ ›
Keywords:
NewsteamIllnerMaybritLindnerChristian (FDP)KlingbeilLarsUSAChinaMaybrit IllnerTwitterRepublikanerChristian LindnerPekingAtlantik MauerUkraineLars KlingbeilRusslandPolitik
Your comment has been forwarded to the administrator for approval.×
Warning! Will constitute a criminal offense, illegal, threatening, offensive, insulting and swearing, derogatory, defamatory, vulgar, pornographic, indecent, personality rights, damaging or similar nature in the nature of all kinds of financial content, legal, criminal and administrative responsibility for the content of the sender member / members are belong.
Related News