On Saturday, the police noticed older damage on the domed roof of the synagogue used by the Jewish community in Essen, "which could possibly be bullet holes". 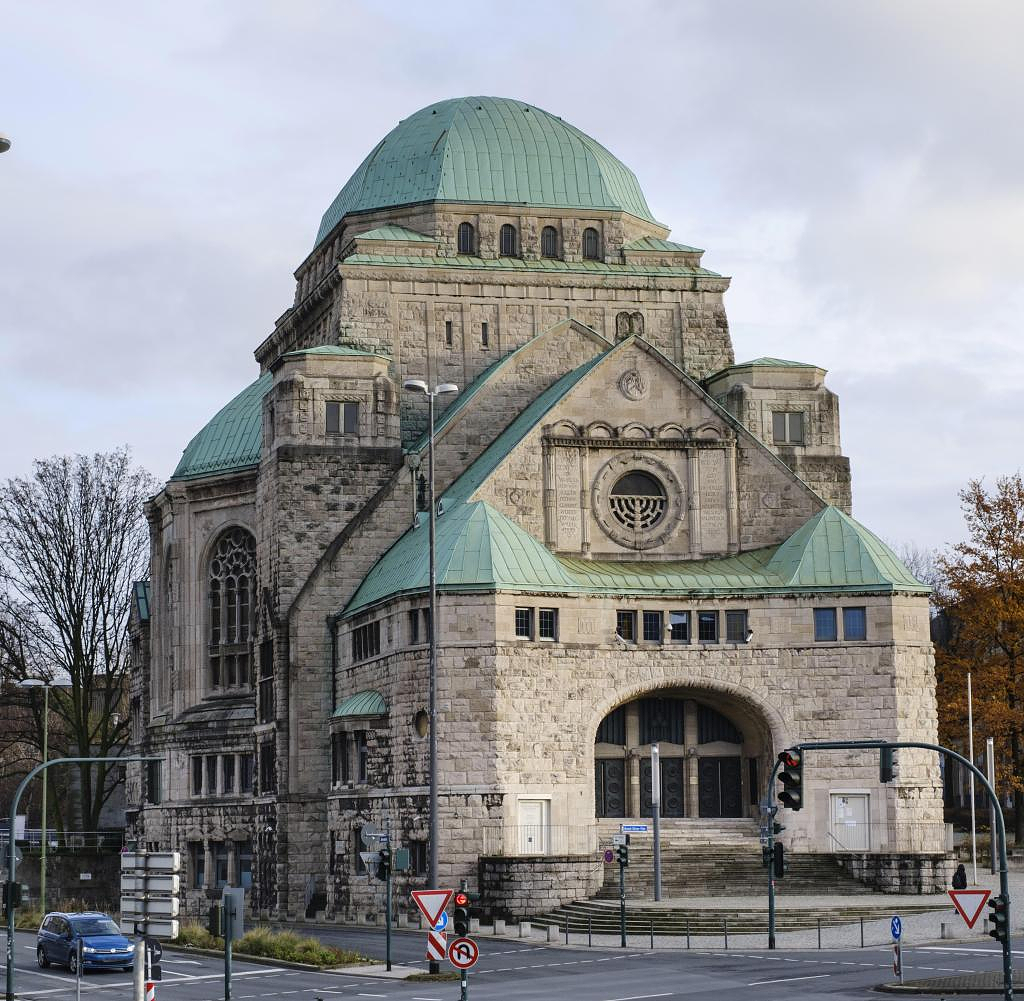 On Saturday, the police noticed older damage on the domed roof of the synagogue used by the Jewish community in Essen, "which could possibly be bullet holes". It's about two holes about half a meter apart, said a spokesman for the Essen police. "You will have to check whether there are bullet holes." The damage would now be investigated with the participation of the State Criminal Police Office.

Investigations are ongoing into the shooting of the rabbi's house. The damaged door element had been removed and is now being forensically examined, said the police spokesman. The video recordings would be further evaluated. So far there have been no witnesses. The search for the perpetrator continues. However, it is not yet certain that it is actually a man, said the spokesman. This was not clearly visible on the recordings.

Nobody was injured by the shots. An institute for German-Jewish history is housed in the building hit. It borders directly on the Old Synagogue. It houses the "House of Jewish Culture" of the city of Essen.

The police are looking for witnesses who made observations around the Old Synagogue between 8 p.m. and 1 a.m. on Friday night. According to the spokesman, the police assume that the crime was committed between 10 p.m. and midnight.

In addition, the state government should provide information about the measures to protect Jewish institutions in NRW. "Finally, we also ask for information about the consequences the state government is drawing from the growing number of anti-Semitic attacks," says the joint application. Committee chairwoman Angela Erwin (CDU) must decide whether and when the meeting will take place. The appointment could be next week.

‹ ›
Keywords:
NewsteamAntisemitismus
Your comment has been forwarded to the administrator for approval.×
Warning! Will constitute a criminal offense, illegal, threatening, offensive, insulting and swearing, derogatory, defamatory, vulgar, pornographic, indecent, personality rights, damaging or similar nature in the nature of all kinds of financial content, legal, criminal and administrative responsibility for the content of the sender member / members are belong.
Related News