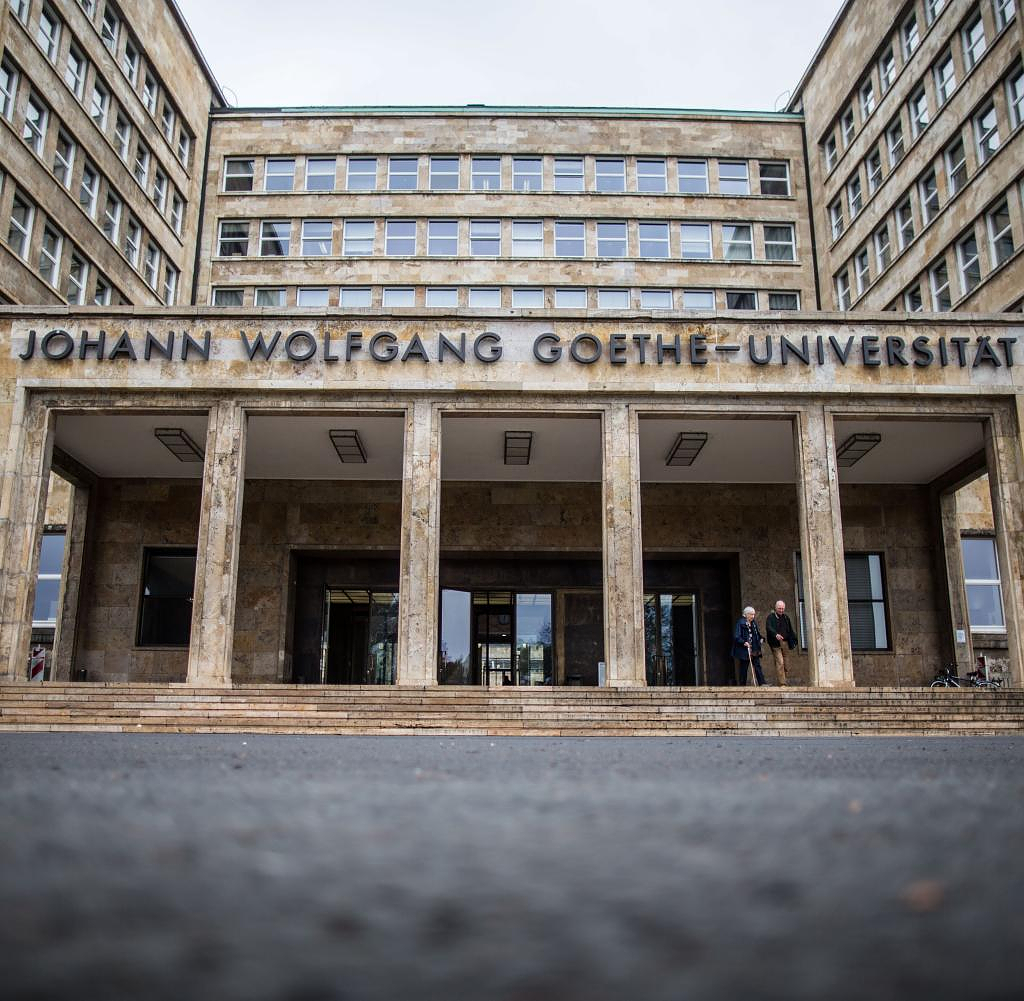 After a criminal complaint by Frankfurt's Goethe University, police officers ended a lecture hall occupation by climate activists on Tuesday evening. Previously, talks about a compromise remained unsuccessful, as the university announced. Criticism of the police operation came from students.

The activists had rejected the compromise offer to use another lecture hall for their protest, the university announced on Twitter. As a result, the Presidium issued an ultimatum for a voluntary withdrawal. "When this passed without result, the Presidium filed a complaint for trespassing." After the eviction, the regular lectures could take place there again.

According to a police spokesman, the police were obliged to enforce the law after the criminal complaint. The emergency services acted communicatively. Most of the approximately 50 people present complied with the request to leave. The others were led out of the room after their personal details had been determined. These would now have to reckon with a preliminary investigation into trespassing.

The group "End Fossil: Occupy Frankfurt" had said about the occupation that began on Tuesday afternoon: "We will disrupt normality because we can no longer pretend that everything is fine." The General Student Committee (Asta) of Goethe University declared solidarity with the action.

Before the police action, a spokesman said the occupation should continue at least until Friday. The university occupation is accompanied by discussions about the possibilities of a climate-friendly university.

The student council for social sciences spoke on Twitter of a "completely excessive police operation with sometimes massive violence against students". The presidium and the chancellor of the Goethe University are responsible for this.

The Education and Science Union (GEW) described the students' demands as fully justified. "An economic policy that destroys the ecological basis of life must not be continued," said Deputy State Chairwoman Simone Claar on Tuesday in Frankfurt. “Here we see between us and the climate movement End Fossil: Occupy! a great match.”

‹ ›
Keywords:
TwitterTexttospeechFrankfurt Am MainNewsteamPolizeiKrimiKlimaschutzAufstand Der Letzten Generation (Aktivisten)Johann Wolfgang GoetheUniversität Frankfurt Am MainEnd FossilTweet Fachschaft FFMGoetheUniversität
Your comment has been forwarded to the administrator for approval.×
Warning! Will constitute a criminal offense, illegal, threatening, offensive, insulting and swearing, derogatory, defamatory, vulgar, pornographic, indecent, personality rights, damaging or similar nature in the nature of all kinds of financial content, legal, criminal and administrative responsibility for the content of the sender member / members are belong.
Related News