After two rather quiet New Year's Eves, the police and fire brigade are expecting a loud turn of the year in Hamburg. 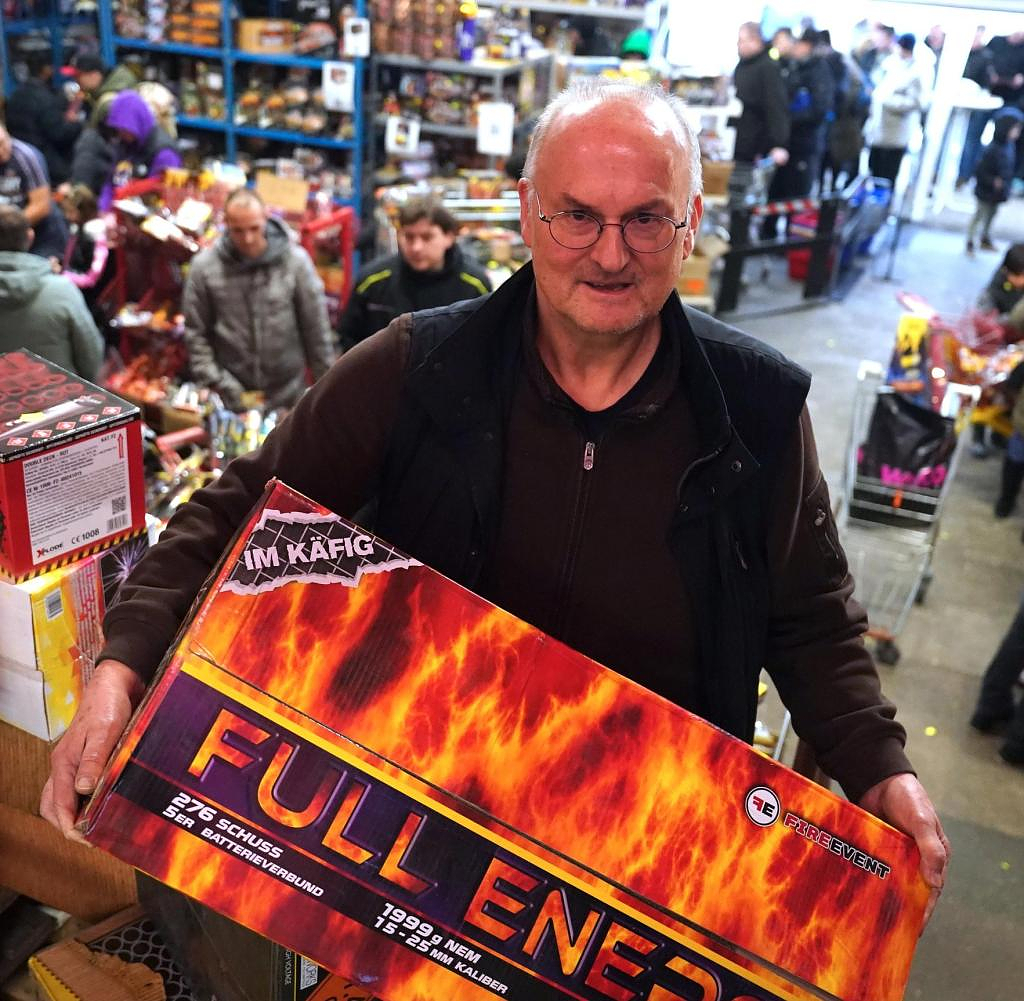 For two years, the sale and lighting of fireworks in Germany was banned so as not to further burden hospitals in the pandemic. New Year's Eve crackers have been on the market again since Thursday. In Hamburg, many stocked up on firecrackers and rockets for the turn of the year. "People have a great need to bang again," said the manager of a shop for fireworks in Hamburg-Mitte, Ewald Egg.

But it's not allowed to fire and bang everywhere. In Hamburg, the firing of fireworks and firecrackers around the Inner Alster and on the Rathausmarkt is prohibited. The police expect around 10,000 revelers in both places, including many families with children. The ban is intended to make New Year's Eve celebrations in the city center safer.

"When many people come together and alcohol is involved, it is important that the police are on site," said police spokeswoman Sandra Levgrün. The officials want to be particularly present in the prohibited zones, on the Reeperbahn and at the Landungsbrücken. "We will be in a very good position." The fire brigade also wants to adapt to the challenges of New Year's Eve and, among other things, put ten additional fire engines into service.

Punctually at the end of the year, the last two vaccination centers in Hamburg will also close. The stations that are still open at Hamburg Airport and in the Harburg Arcaden will close on December 31, according to the social authorities. The reason for this is the high level of protection, the good vaccination rate and the increasing number of people who have recovered. According to this, Hamburg is only just behind Bremen, the federal state with the highest vaccination rate, in a comparison of the federal states. In addition, the funding for the vaccination centers from the federal government will expire at the end of the year, the authority further announced.

From the new year, all vaccinations are to be carried out by medical practices and company medical facilities. Vaccination centers are also closing in Schleswig-Holstein, but some remain open.

‹ ›
Keywords:
FeuerwerkFeuerwerksindustrieCoronavirusLauterbachJörnSilvesterTexttospeechHamburgBillstraßePolizeiFeuerwehrSilvesternachtPandemieKrimi
Your comment has been forwarded to the administrator for approval.×
Warning! Will constitute a criminal offense, illegal, threatening, offensive, insulting and swearing, derogatory, defamatory, vulgar, pornographic, indecent, personality rights, damaging or similar nature in the nature of all kinds of financial content, legal, criminal and administrative responsibility for the content of the sender member / members are belong.
Related News