Police: A man fatally pushes a woman into a train in California

Authorities say that a man was arrested for pushing a woman to death in front of a Southern California freight train. 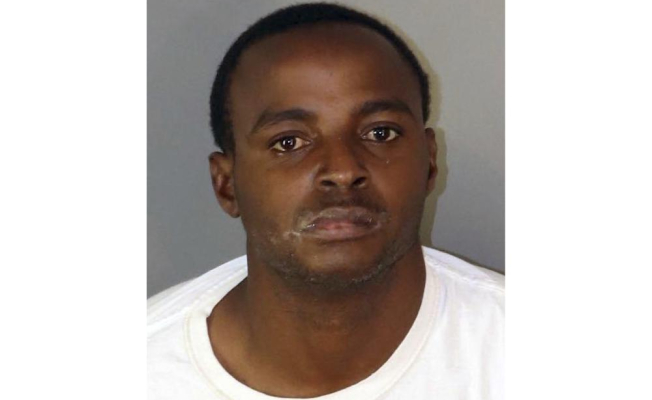 Police said Thursday that the woman's name was not made public. She was struck by the train in Riverside, 55 miles (89 km) from downtown Los Angeles.

Riverside police stated in a statement, that Kevin Errol Lewis and the woman were involved in an argument near the railroad tracks, which turned physical.

Police say that Lewis shoved the woman with whom he was in a relationship into the path of a train and killed her.

Police said that officers found Lewis, 41 years old, near his home and took him into custody. He is currently being held without bail under suspicion of murder, domestic violence, and several outstanding warrants for theft or narcotics violations.

According to online jail records, Lewis, who police described as transient, was scheduled to appear in court April 25. It wasn't immediately clear if Lewis had an attorney who could speak for him.

This killing was similar to the January death in New York City that shocked the city when a woman was shoved to her deathinfront of a subway train below Times Square in an unprovoked attack. Martial Simon was arrested by police for the murder of Michelle Alyssa Go.

Simon is currently being held in a hospital ward prison cell and is due to return to court on Tuesday according to online court records and jail records.