Mathias Pogba presented himself "at the beginning of the afternoon (Wednesday) to the investigation service and was placed in police custody", specified the close source. 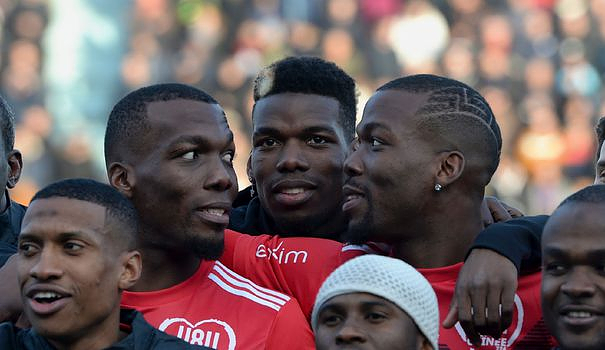 Mathias Pogba presented himself "at the beginning of the afternoon (Wednesday) to the investigation service and was placed in police custody", specified the close source.

Of the four suspects heard, one was taken into custody on Tuesday and the other three on Wednesday, the judicial source said, confirming information from Le Monde.

These police custody were ordered as part of the judicial investigation opened on September 2 in Paris for in particular extortion with a weapon, kidnapping or kidnapping in an organized gang and participation in a criminal association.

The case started with a complaint filed on July 16 with the Turin public prosecutor's office by Paul Pogba, in which he denounced extortion attempts between March and July 2022 amounting to several million euros.

But the facts only came to light with the publication on August 27 of an enigmatic video of Mathias Pogba, himself a professional footballer, who promised "revelations" about his brother.

The star of the France team said during his first hearing before the investigators that he was trapped by childhood friends and two hooded men, armed with assault rifles, accusing him of not having helped them financially, according to information from France Info, confirmed to AFP by a source familiar with the matter.

A sum of 13 million euros would have been claimed from him and he claims to have paid 100,000 euros.

Paul Pogba then claimed to have recognized his older brother Mathias among the suspects.

During another hearing, he estimated with the investigators that Mathias was "under pressure" from people wanting to extract money from him.

Last week, Mathias Pogba, through the voice of his lawyer, said he was "totally foreign to any extortion maneuver against his brother, Paul Pogba".

"It is clear that the difficulties experienced by the Pogba family are the result of external threats which justice, now seized, will take the measure", wrote in a press release Me Richard Arbib.

"Mathias Pogba, who aspires more than anything to calm the situation with his brother, will now reserve his word for the investigating judges in charge of this case, if necessary," said Me Arbib.