When the moon partially moves in front of the sun on Tuesday afternoon, with a lot of luck the people of Hamburg will also be able to observe the partial solar eclipse. 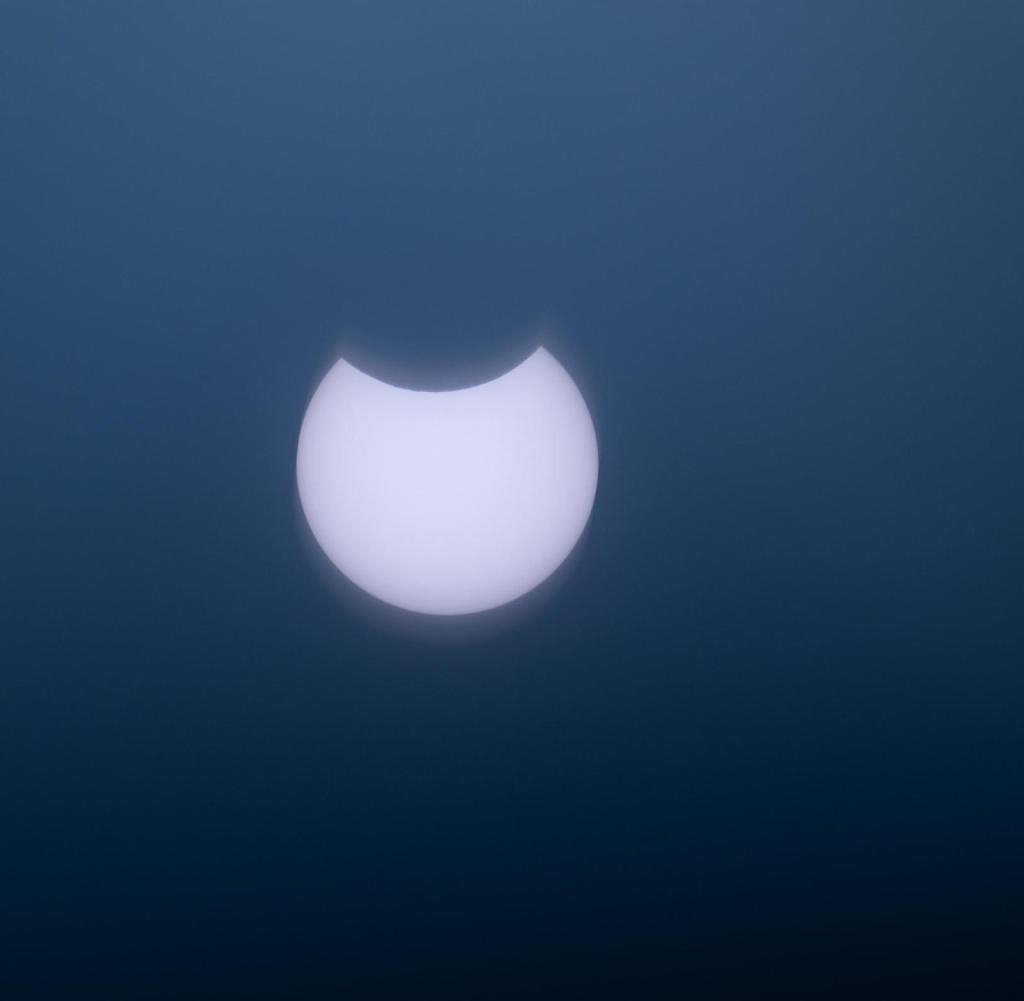 When the moon partially moves in front of the sun on Tuesday afternoon, with a lot of luck the people of Hamburg will also be able to observe the partial solar eclipse. In this context, the Planetarium Hamburg urgently recommends protecting your eyes with appropriate glasses. Normal sunglasses are not enough for this, the planetarium said. At the same time, it is making interested skygazers a free offer: around 1,000 people can pick up free goggles in the foyer of the star theater on Tuesday morning from 10:00 a.m.

In addition, the planetarium wants to broadcast a free live stream of the partial solar eclipse between 11:11 a.m. and 12:30 p.m. In it, experts from the company want to comment on the natural phenomenon and explain everything important about it. Thanks to the technology in the planetarium, this is also possible in rainy weather. If it is too cloudy, images from other telescopes or real-time simulations of the partial solar eclipse are used. The German Weather Service has announced loosening up for Tuesday, but also frequent heavy clouds and showers.

Depending on the location, the moon will cover between around 20 and more than 30 percent of the star in the center of our solar system on Tuesday, it was said. In the Hanseatic city, the maximum coverage is reached at 12.09 p.m., as the planetarium added.

A solar eclipse is a rare event because several factors must come together for it to happen. According to the star friends, it can only occur at new moon and when the moon is exactly between the earth and the sun. Due to the inclination of the moon's orbit, it usually passes above or below the sun. There are a maximum of two to four solar eclipses a year somewhere on earth.

‹ ›
Keywords:
SonnenfinsternisAstronomieSonneHamburgTexttospeechMondMitteleuropaMusikWolfgang TillmansPlanetariumSternentheaterHimmelsguckern
Your comment has been forwarded to the administrator for approval.×
Warning! Will constitute a criminal offense, illegal, threatening, offensive, insulting and swearing, derogatory, defamatory, vulgar, pornographic, indecent, personality rights, damaging or similar nature in the nature of all kinds of financial content, legal, criminal and administrative responsibility for the content of the sender member / members are belong.
Related News