Planes: why have ticket prices increased so much?

While the SNCF announced, this Friday, November 18, an increase in its prices of 5% on average from January 10, the prices of plane tickets seem even less enviable. 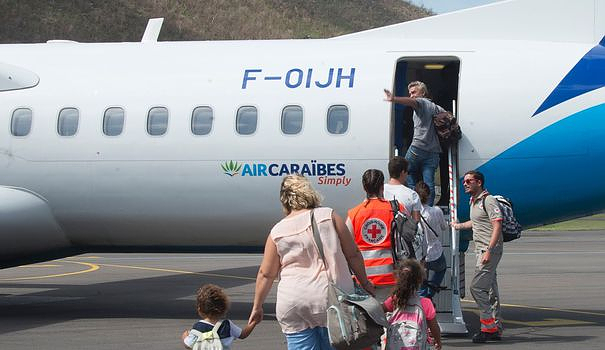 While the SNCF announced, this Friday, November 18, an increase in its prices of 5% on average from January 10, the prices of plane tickets seem even less enviable. According to the latest air transport price index, calculated by the General Directorate of Civil Aviation, the price of flights, all destinations combined, increased by 20.4% between September 2021 and September 2022. Over the year calendar, the total even reaches 21.6%.

In detail, the differences differ according to the place of departure. Thus, travelers departing from mainland France saw the price of their ticket increase by 18.9% over one year, while those departing from overseas territories suffered a 32.2% increase. The department from which it is the most expensive to leave is Reunion, with an increase of 42.3%. But the price of the tickets depends above all on the destination of the passenger. On internal connections to the French metropolis, the ticket costs 14.7% more expensive in September 2022 than in September 2021. Note that it is much more expensive for medium-haul flights (23.6%), than for long-haul, where the increase is "only" 13%.

Various factors tend to explain this surge in prices. Dependent on oil for its operation, the aviation sector is suffering from the explosion in fuel prices due to the war in Ukraine. To amortize this cost, which represents up to 30% of the ticket price, companies are logically increasing their fares. As of this summer, Air France-KLM had added forty euros to long-haul flights. And the Russian invasion has another consequence: flights to Asian countries take longer, due to the ban on flying over Russia.

The desertion of business classes, which make flights profitable, also contributes to the rise in the price of classic tickets. In addition, airlines did not anticipate the strong demand, born of the hardships of the Covid-19 period. The supply of flights does not follow, prices increase, especially as travelers tend to book their places later and later. Not to mention the lack of staff, which prevents the organization of a sufficient number of journeys and led, last June, to major chaos at several airports. But the price of tickets is not the only problem likely to make hesitate those who wish to take the plane during the end of the year celebrations. Indeed, two Air France flight crew unions filed a strike notice on Wednesday for the period from December 22 to January 2.