Officers from the sheriff's office as well as firefighters dispatched to the scene of the accident in January 2020 took snapshots at the scene, including photos of the shredded remains of the legendary basketball player and his 13-year-old daughter, Gianna, who also died. 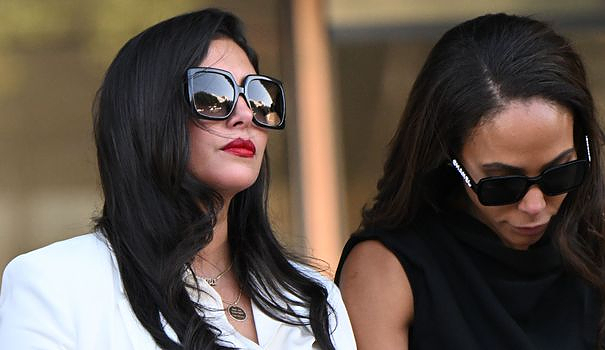 Officers from the sheriff's office as well as firefighters dispatched to the scene of the accident in January 2020 took snapshots at the scene, including photos of the shredded remains of the legendary basketball player and his 13-year-old daughter, Gianna, who also died. in the drama.

The civil trial in Los Angeles exposed how some first responders showed those photos to people outside the case, including a bartender. A sheriff's office officer had also sent them to a friend while the two were playing video games.

On the defense side, Los Angeles County argued that the images never became public and that its senior officials were quick to erase them from officers' electronic devices.

But during the two-week trial, Vanessa Bryant, the basketball superstar's widow, and Chris Chester, whose wife and daughter also died in the crash, recounted their constant fear that the images would one day be revealed to the general public on the internet.

The two plaintiffs, whose complaints have been merged, alleged emotional damage.

The county was ordered Wednesday to pay $16 million to Vanessa Bryant and $15 million to Chris Chester.

Vanessa Bryant, who wept as the verdict was read, left the court without speaking to reporters.

She then posted a photo of Kobe Bryant and their late daughter, writing, "All for you! Love you! JUSTICE to Kobe and Gigi!"

Mr Chester's lawyer, Jerry Jackson, had asked the jury on Tuesday to award the two plaintiffs $1 million for each year of their estimated life expectancy, or $40 million for 40-year-old Vanessa Bryant, and $30 million for 48-year-old Chris Chester.

Jerry Jackson called these demands "fair and reasonable compensation". "There is no sum of money too great to compensate for what they have been through," he said.

Vanessa Bryant's lawyer, Craig Lavoie, told him he wanted justice and that those involved be held accountable.

"We are here because of intentional behavior: the county violated the constitutional rights of Ms. Bryant and Mr. Chester," he said.

The jury reached its verdict on Wednesday after about four and a half hours of deliberation. A verdict given on the day Los Angeles celebrates "Mamba Day", August 24, or 24/8, the two lucky numbers worn by Bryant, nicknamed "Black Mamba", during his 20-year professional career ( 1996-2016).

Other families of victims were awarded $2.5 million in compensation last year in the same case.

An investigation had concluded that the pilot of the helicopter was responsible for the accident, an "error in judgement" having led to his "disorientation" in the middle of thick fog.

The death at 41 of Kobe Bryant, emblematic player of the Los Angeles Lakers and considered one of the best basketball players in history, had caused great emotion around the world.