Federal President Frank-Walter Steinmeier has come under criticism for footage showing him on a train without a mask. 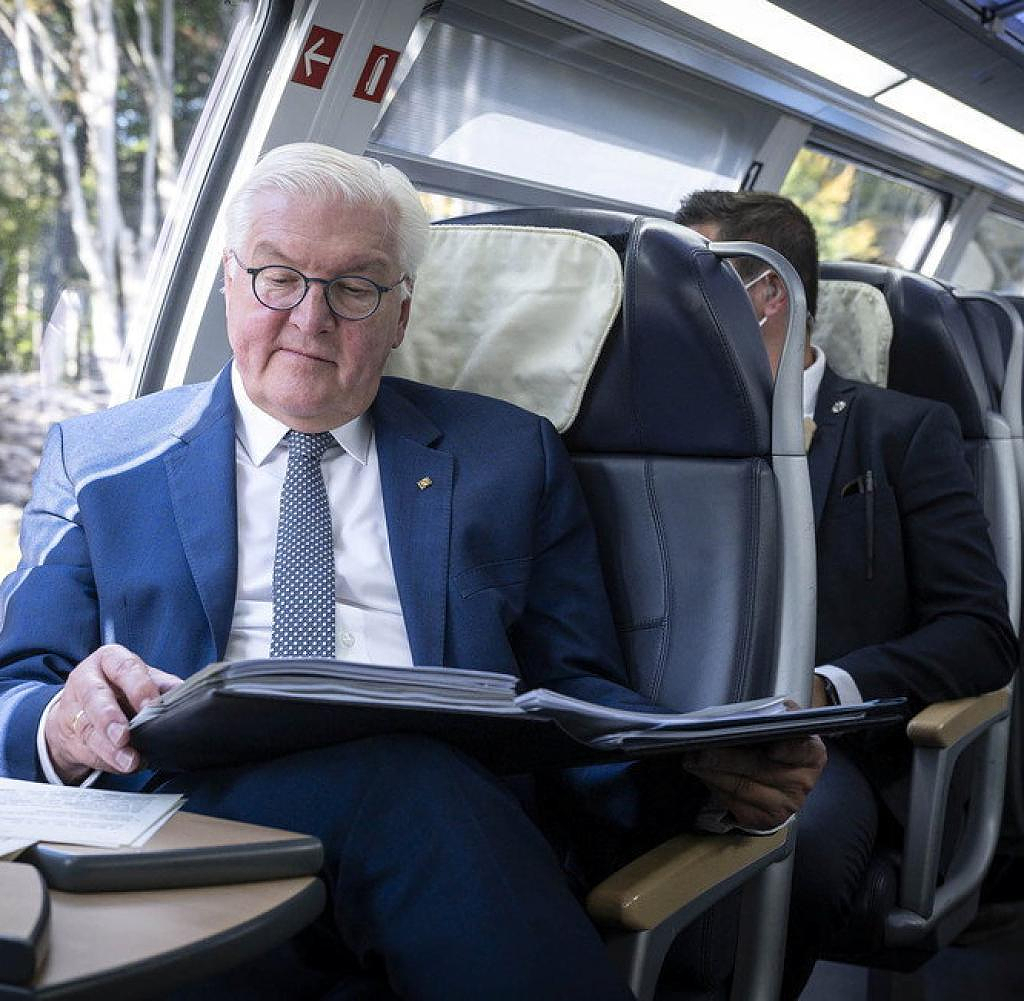 The place was a station for the so-called "local time", a trip by the Federal President through different regions of Germany. Steinmeier does not wear an FFP2 mask, as has been mandatory for long-distance trains since October 1st - in contrast to a person behind him. Steinmeier can also be seen without a mask in a video from the train that was published on Instagram.

Tino Sorge, spokesman for health policy for the Union faction, criticized Steinmeier's recordings. “The pictures of the Federal President are reminiscent of the government plane at the traffic light. Either there is a mask requirement, then it must apply to everyone - or not. Politicians have to be consistent," Sorge told the "Bild". "Especially the Federal President has a role model function."

However, the spokeswoman for the Federal President, Cerstin Gammelin, made it clear that Steinmeier had worn an FFP2 mask on the regional express. "He took these off for a video statement. He was also asked to take off his mask for a moment for a photo. He then wore the mask again," Gammelin wrote on Twitter.

At the end of August, recordings of Chancellor Olaf Scholz (SPD) and Vice Chancellor Robert Habeck (Greens) flying to Canada caused outrage. Both politicians and journalists traveling with them had not worn a mask on the government plane. The government defended the exception at the time with reference to the Air Force, on whose flights there is no mask requirement.

New corona rules have been in effect since October. Masks are no longer compulsory on airplanes, adults are required to wear FFP2 masks on long-distance trains, and children can also wear a surgical mask.

Neustrelitz is the fourth city that Steinmeier visits as part of his "Local Time Germany" talk series, making it the foreign official seat for three days.

‹ ›
Keywords:
TexttospeechNewsteamSteinmeierFrankWalterBundespräsidentMaskenpflichtCoronaRegelnGrüneBundespräsidentenApple PodcastTwitterTerrorismusNeustrelitzUnion
Your comment has been forwarded to the administrator for approval.×
Warning! Will constitute a criminal offense, illegal, threatening, offensive, insulting and swearing, derogatory, defamatory, vulgar, pornographic, indecent, personality rights, damaging or similar nature in the nature of all kinds of financial content, legal, criminal and administrative responsibility for the content of the sender member / members are belong.
Related News