Philippines: Kamala Harris on an island near waters claimed by China 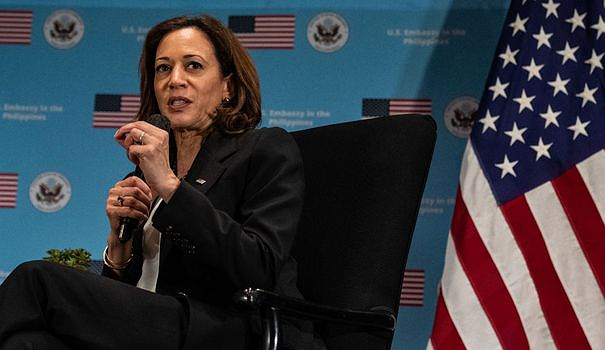 Ms. Harris is the highest American official to visit the western island of Palawan, the closest to the Spratleys archipelago, located in the South China Sea, where a conflict is being played out between Beijing and its neighbors.

China claims sovereignty over almost all of this sea and ignores a ruling by an international arbitration court that its claims have no legal basis.

The US Vice President will meet with Filipino fishermen and coastguards. She will stress, in a speech, "the importance of international law, unhindered lawful trade and freedom of navigation", a US official told reporters ahead of the visit.

The trip comes a day after bilateral talks between Ms Harris and Philippine President Ferdinand Marcos Jr in Manila. Kamala Harris then reaffirmed the "unwavering" commitment of the United States to the Philippines.

“We stand with you to uphold international rules and standards relating to the South China Sea,” Ms. Harris told Mr. Marcos at the start of their talks at the presidential palace in Manila.

"An attack on Philippine armed forces, government vessels or aircraft in the South China Sea would trigger the mutual defense commitment," she added. "It is our unwavering commitment to the Philippines."

Relations between the Philippines and the United States have been strained for years under former president Rodrigo Duterte, close to Beijing.

Washington is seeking to strengthen its security alliance with Manila under the new presidency, amid rising regional tensions.

This alliance includes a 2014 defense treaty and pact, known by the acronym EDCA, which allows the US military to stock defense equipment and supplies at multiple Philippine bases. Under this pact, American troops can access five military bases in the archipelago.

If the pact had remained at a standstill under the presidency of Mr. Duterte, the United States and the Philippines have since vowed to accelerate its application against China.

The visit "reinforces the sense of commitment" to Manila's maritime claims, said Jay Batongbacal, director of the University of the Philippines' Institute of Maritime Affairs and Law of the Sea.

But it also highlights the need to implement EDCA. "The United States cannot adequately fulfill its obligations if it is forced to remain several thousand miles away, in Japan or Guam," adds the analyst.

Of all the contenders for the South China Sea, Beijing has taken the most aggressive stance in recent years.

On Tuesday, China's state-run Global Times newspaper accused Harris of "stoking the fire on the South China Sea issue". "The Philippines has the right to receive any foreign visitor", writes the newspaper, but "bilateral exchanges must not be carried out to the detriment of the interests of a third country, as well as regional peace and stability", according to an editorial.

On the eve of Ms Harris' visit to Palawan, a senior Philippine navy official accused the Chinese Coast Guard of "forcibly" seizing parts of a rocket that landed in the Spratleys. Beijing, which has built militarized artificial islands in the archipelago, insisted the seizure took place after "friendly consultation".