"Getting older has a massive image problem," writes Petra van Bremen in her book "Your best time is now," which has just been published in German. 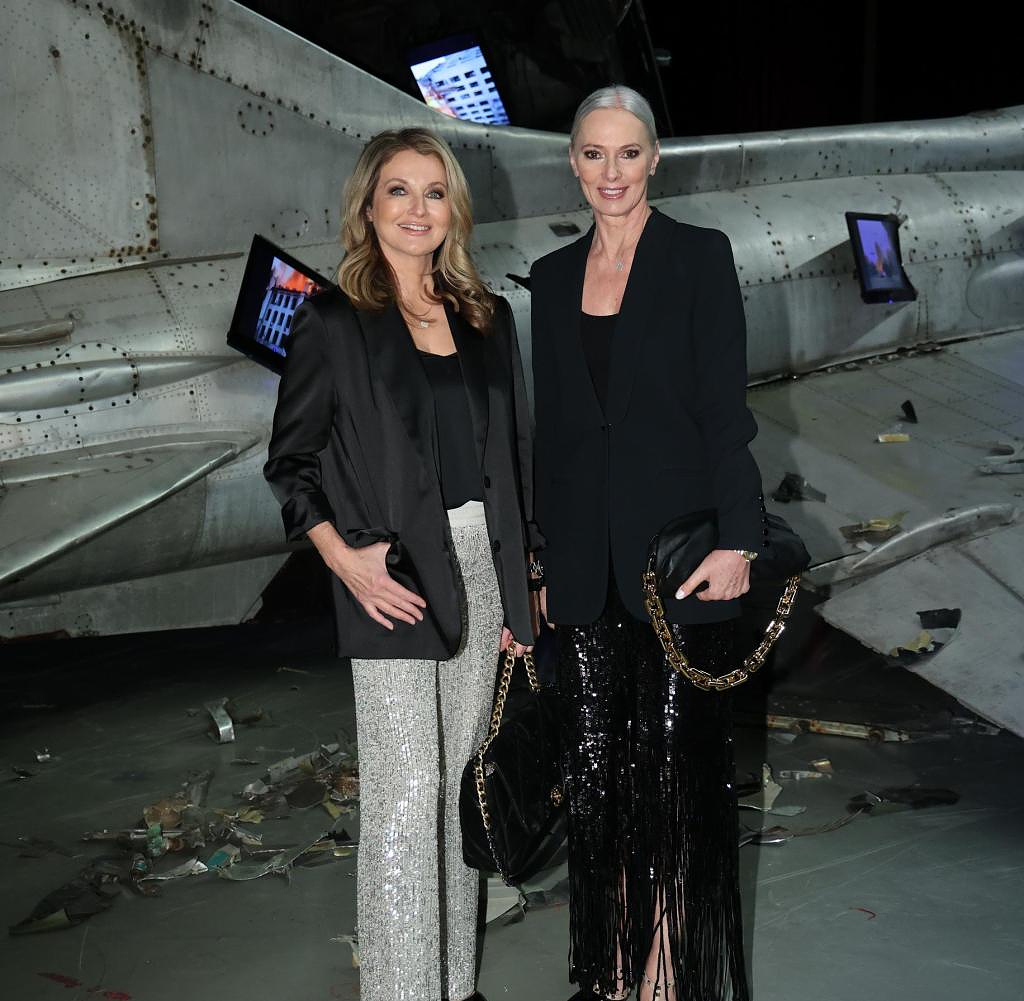 "Getting older has a massive image problem," writes Petra van Bremen in her book "Your best time is now," which has just been published in German. Shortly thereafter, it says: “I have no problem with getting older. I really don't want to be 20 anymore."

Petra van Bremen, 63 years old, born in the Dutch province of Zeeland and at home in Hamburg, is a model. Earlier this year, the British “Times” voted her into the top 20 over-50 style icons. "An accolade," she said during her visit to the "Euronova Campus" in Hürth, where she presented her book in conversation with moderator Frauke Ludowig. In front of 110 guests, all of them women, because the motto of the evening was: Ladies Dinner with a charitable touch: the participation fees went to DKMS Life, a society that is committed to helping people with cancer.

"We could hardly save ourselves from the onslaught of guests," said Mariele Hense-halbe, host together with Steffi Reiter. There was a great desire to network, after all it had been three years since the last Ladies Dinner of this kind. In addition, van Bremen is a person you would like to get to know better. She started her modeling career at the age of 48. Gray hair? No problem for her. Because one can only dream of the self-confidence that she apparently has (not to mention her appearance), she says she keeps getting asked questions by women: How do you manage all that? how do you dress (Tonight, she wore a black blazer and paired with funky black sequined fringe pants.)

That's how the idea for the book came about, says Petra van Bremen. Their goal: to provide answers to the many questions. Encourage not to hide, especially after the age of 50, when a woman's life often begins to descend towards invisibility. The most common question she gets asked is "How do you keep fit?", she said. Answer: With work. Towards the end of the conversation Frauke Ludowig asked her to open her handbag. Petra van Bremen then pulled out a Theraband. Perfect for a little training in between. But not always the same. "Otherwise your muscles will laugh at you." It is better to surprise them regularly with new exercises.

The setting for the dinner was the studio of Bernd Reiter, project developer and artist. Three colossal works by him filled the room. An installation consisting of an old silver MiG fighter jet and two old black US limousines, all wedged together, could be admired. A few dozen screens were stuck into the metal of the jet and the cars, on which images of war ran in an endless loop: bomb detonations. A crying child. Putin at a speech. Pretty bizarre, this setting for a conversation between women and women. A chasm opened up. Here Putin's world of terror, there Petra van Bremen, who told the guests in a charming, relaxed way (four men were also present, they sat at the little table in a corner) how she manages to live her life the way she wants to. Conclusion: It doesn't work on its own, you have to do a lot for it. Incidentally, also in marriage, said Petra van Bremen, who is married for the second time. Because: "Marriage is work."

"Worth Fighting For" is the name of the exhibition with works by Ukrainian artists that opened in Cologne in the halls of the former Dresen car dealership. A good 40 works show the horror of the Russian extermination campaign - and ask questions about how things could continue after the end of the war. "How does a country get back up after such great destruction?" ask the exhibition organizers. “How does it choose to remain an open society that plays an active role in the future of the world? Ukraine is worth fighting for!” 450 guests attended the opening. The Greens politician Berivan Aymaz, Vice President in the Düsseldorf state parliament, spoke as a welcome speech.

The Münster skateboard pioneer Titus Dittmann invited to his city's Skaters Palace. Occasion: the 16th edition of his "Skate-Aid-Night". This is a benefit gala, the proceeds of which (75,000 euros came together this time) benefit skateboard projects for children and young people all over the world. 250 guests were there, including the CDU politician Ruprecht Polenz. Adam Riese hosted the show for the sixth time. Actor Wotan Wilke Möhring, otherwise a regular guest at the event and tirelessly hurrying from table to table as a fundraiser (favorite saying: "Woe, I hear it jingle"), apologized because he had a fever. But he reported by voice message: "You have to donate twice as much so that I can get well faster."

‹ ›
Keywords:
Zeeland (Niederlande)LudowigFraukeNordrheinWestfalenDinnerIkonenTexttospeechPetra Van BremenHürthFrauke LudowigSuscha KorteEuronova CampusHürtMax MaraMusik
Your comment has been forwarded to the administrator for approval.×
Warning! Will constitute a criminal offense, illegal, threatening, offensive, insulting and swearing, derogatory, defamatory, vulgar, pornographic, indecent, personality rights, damaging or similar nature in the nature of all kinds of financial content, legal, criminal and administrative responsibility for the content of the sender member / members are belong.
Related News