Peru: the president targeted by a constitutional complaint for corruption

"I am filing a constitutional complaint against José Pedro Castillo Terrones, in his capacity as President of the Republic, as the alleged perpetrator of crimes against public tranquility in the form of a criminal organization aggravated by his quality of leader", wrote Patricia Benavides , Attorney General, in a document posted on Twitter. 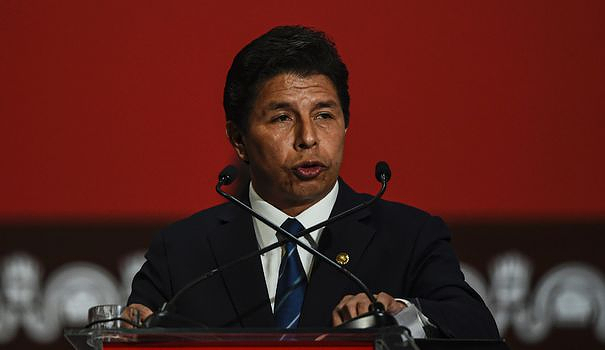 "I am filing a constitutional complaint against José Pedro Castillo Terrones, in his capacity as President of the Republic, as the alleged perpetrator of crimes against public tranquility in the form of a criminal organization aggravated by his quality of leader", wrote Patricia Benavides , Attorney General, in a document posted on Twitter.

This appeal, filed in Parliament, also targets two former ministers of Mr. Castillo, in power for fifteen months: Juan Silva, in charge of Transport and Communications, and Geiner Alvarado, in charge of Housing. They are suspected of influence peddling and considered to be part of the supposed criminal organization led by the president.

This is the first time that an incumbent president has been targeted by such an appeal.

"There is serious evidence of the alleged existence of a criminal organization within the presidential palace with the objective of capturing, controlling and directing procurement processes in order to obtain illicit gains", noted Ms. Benavides, stressing that it was the "exclusive and full responsibility of Parliament to rule on the constitutional complaint under the United Nations Convention on Corruption".

The Parliament must examine this appeal in the coming days. It would take at least 66 votes out of 130 to suspend Mr. Castillo, whose left-wing parliamentary alliance is in trouble and only brings together a third of the deputies.

"We will remain firm despite this political persecution," reacted the president at a press conference with foreign media. "We currently have a political prosecutor's office which, instead of judging the real criminal networks, does" that.

The president enjoys immunity until the end of his term in July 2026 but he can be investigated. He is currently quoted in six surveys.

The head of state is suspected of leading a network of corruption with money laundering and the granting of public contracts for the benefit of relatives and politicians.

The filing of the appeal took place the same day as the visit of investigators to a sister of the president, in search of a nephew of Mr. Castillo, Gian Marco Castillo Gomez, also suspected of belonging to the criminal organization. The homes of twelve other suspects, including six opposition politicians accused of collusion with the government, were also affected.

"The prosecutor's office entered my sister's house. My mother was there. This abusive act affected her health. I hold the nation's attorney responsible for the health of my elderly mother", who was recovering from surgery , tweeted Mr. Castillo.

The president's sister-in-law Yenifer Paredes, 26, was sentenced to thirty months of preventive detention at the end of August for her alleged membership in this network.

His wife Lilia Paredes and two of her brothers, Walter and David Paredes, are also under investigation and proceedings to prevent them from leaving the country for three years are underway.

Mr. Castillo denies all the accusations against him and his family, claiming to be the victim of a campaign to oust him from power. The right, majority in Parliament, demands his resignation and has already tried twice to dismiss him.