Peru's president wants to dissolve parliament and is arrested

In Peru, the power struggle between President Pedro Castillo and the parliament has escalated. 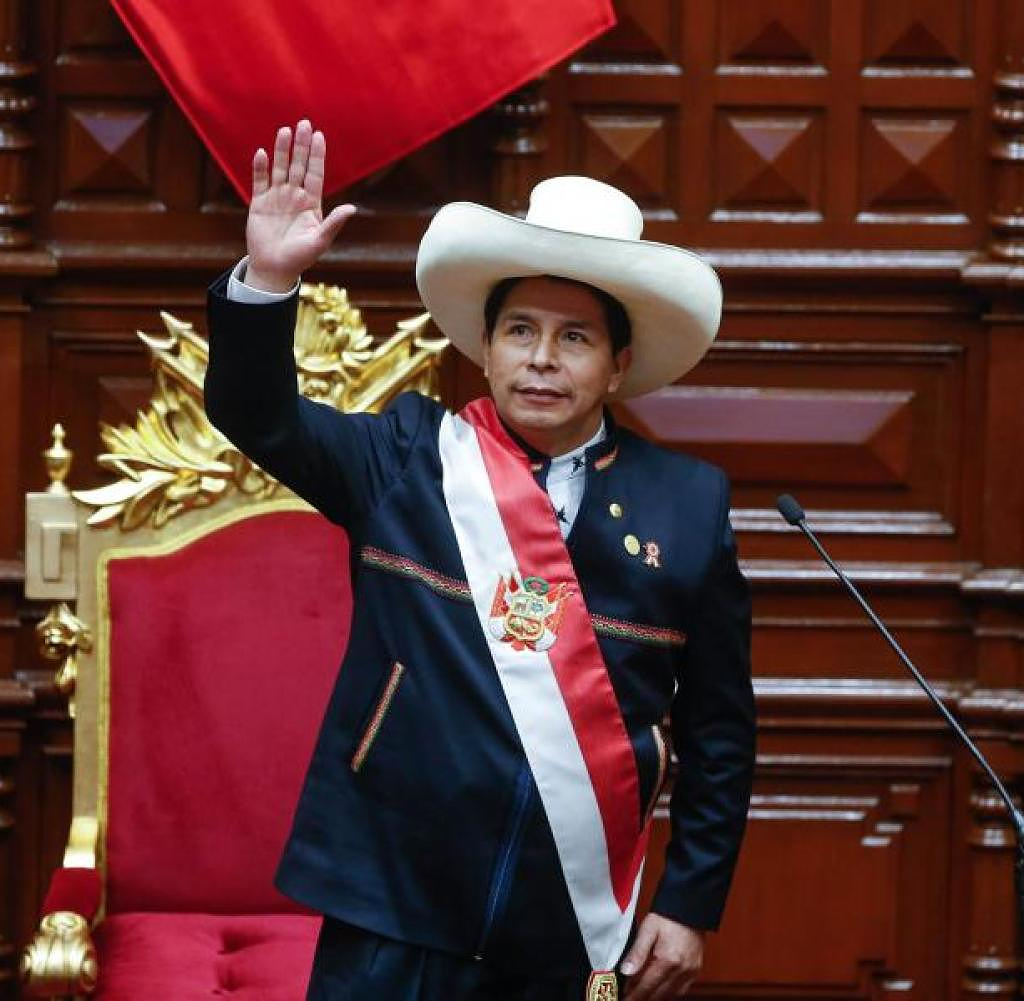 In Peru, the power struggle between President Pedro Castillo and the parliament has escalated. Congress impeached Castillo on Wednesday after he announced the dissolution of Parliament. Shortly thereafter, Castillo was arrested, as reported by the state news agency Andina. Vice President Dina Boluarte and the opposition had interpreted Castillo's actions as a coup d'état.

101 MPs voted in favor of removing the head of state, 6 against and 10 abstained. In this case, the constitution of the South American country provides that the vice president takes over the official business.

Castillo was arrested in the center of the capital Lima, reported Andina. In the prefecture, he will be questioned by the Attorney General Patricia Benavides and the Chief Prosecutor for Corruption Cases.

Castillo had tried to forestall the vote on the no-confidence motion, and shortly beforehand announced the dissolution of Congress and a new election to Parliament. The parliamentarians were then to draft a new constitution within nine months. "Until the new Congress begins its work, we will govern by decree," announced Castillo.

However, Castillo had apparently miscalculated: after he announced the dissolution of the congress, numerous cabinet members and ministers deserted him, most notably Vice President Boluarte. “I oppose Pedro Castillo's decision to dissolve the Congress to bring about the collapse of the constitutional order. This is a coup that aggravates the political and institutional crisis that Peruvian society must overcome in strict compliance with the law," she wrote on Twitter.

The opposition also spoke of a coup d'etat. "He can't do what he just did. It's illegal," MP Martha Moyano of the right-wing Fuerza Popular party told RPP radio. MP and former Admiral José Cueto wrote on Twitter: "What Pedro Castillo has done is a coup d'etat. The armed forces will support the constitution and not the dictator.”

Castillo's government has been under pressure since the former village school teacher took office in July last year. Because of various allegations or differences of opinion, important ministers repeatedly vacated their posts. Just two weeks ago, Castillo appointed a new head of cabinet – the fifth in just under a year and a half. Since taking office, Castillo has survived two impeachment trials.

The government of the left-wing politician was also in a permanent power struggle with parliament. Most recently, Congress refused the head of state permission to travel to the Pacific Alliance summit in Mexico, thereby canceling the meeting. Numerous parliamentarians are also being investigated for various allegations. Two of Castillo's predecessors were removed from office in similar proceedings.

‹ ›
Keywords:
NewsteamPeruStaatsstreiche
Your comment has been forwarded to the administrator for approval.×
Warning! Will constitute a criminal offense, illegal, threatening, offensive, insulting and swearing, derogatory, defamatory, vulgar, pornographic, indecent, personality rights, damaging or similar nature in the nature of all kinds of financial content, legal, criminal and administrative responsibility for the content of the sender member / members are belong.
Related News