Pensions: Borne stresses the need to "work a little longer"

"I confirm it to you, there will be a pension reform. 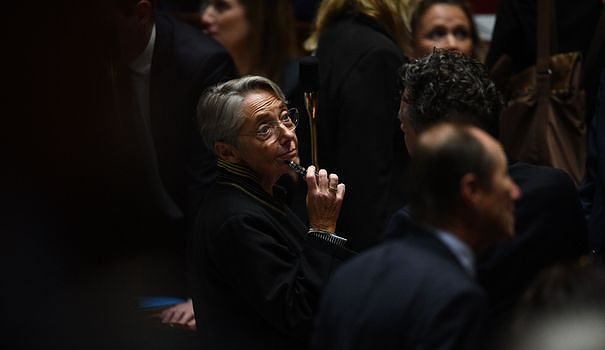 "I confirm it to you, there will be a pension reform. And yes, this reform will come into force in the summer of 2023," said the Prime Minister in response to a question from the leader of the LFI deputies, Mathilde Panot.

In the wake of Ms. Panot, the rebels fear that the executive will use an amendment voted in the Senate to raise the retirement age to 64 years.

"There is an urgent need for a meeting of all the social and political left to organize the roadblock in the Assembly and in the streets", wrote Jean-Luc Mélenchon on Tuesday.

"I will have the opportunity in a few weeks to come back to you, to present the conclusions of the consultations in progress", simply replied Ms. Borne on Tuesday to the questioning of Ms. Panot.

"It would perhaps have been more popular to say that we could return to a starting age of 60", as defended by insubordinate France, "more popular, it's true, but also more demagogic", has added Ms. Borne.

Without citing a specific retirement age, the head of government reiterated that "to ensure the balance of pension schemes, and therefore the sustainability of our pay-as-you-go system, we are going to have to work a little longer".

"This age difference will allow an increase in pensions. We will not work more for nothing. Yes, if I had to say it again, it is not a question of suddenly going back one year, two years or three years, the retirement age. But to gradually shift it, by a few months each year", developed Ms. Borne.

President Emmanuel Macron declared himself at the end of October "open" to a postponement of the legal retirement age to 64, and not 65 as he had promised during the presidential campaign, in the event of an extension in parallel to the contribution period.

The government has so far defended a postponement of the retirement age by four months per year, to reach 65 in 2031.