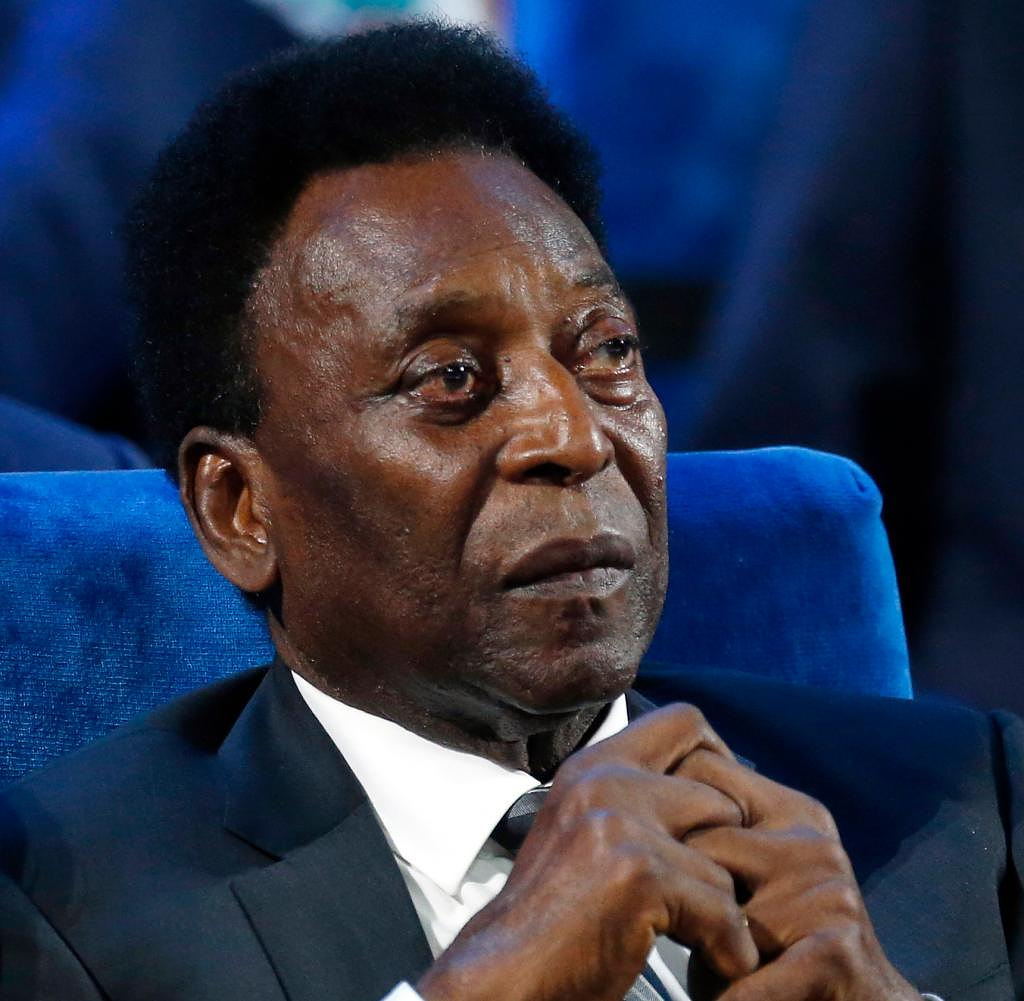 Family members of Brazil's soccer idol Pele have vigorously denied reports that the 82-year-old may die soon. Two daughters and a grandson of the three-time world champion said in a television interview on Sunday evening (local time) that Pelé has been treated for a respiratory disease related to a corona infection since Tuesday.

The newspaper "Folha de S. Paulo", on the other hand, reported on Saturday that Pelé was receiving palliative care. After his cancer, he no longer responded to chemotherapy.

"He's sick, he's old. But as soon as he gets better, he will go home again," Pele's daughter Kely Nascimento, who lives in the United States, told TV Globo. Her sister Flavia Nascimento added: "It is very unfair for people to say that he is at the end of his life, in palliative care. folks, that's not true. Believe us.” Her father is not in the intensive care unit, but in a normal hospital room.

Pelé's grandson, Arthur Arantes do Nascimento, reported that he spoke to his grandfather on the phone about Brazil's first games at the World Cup in Qatar. Pelé missed the last missing Neymar. Pelé was also very touched by the many wishes for recovery from all over the world. He sees people saying rest in peace. Pelé said: "It will happen one day, but not today." It is a matter of time before his grandfather gets better. "He will see Brazil become world champions for the sixth time," said Arantes do Nascimento.

Pelé himself spoke out on social media over the weekend. “My friends, I want everyone to keep calm and think positive. I am strong, have a lot of hope and am continuing my treatment," the statement read.

In September last year, Pelé had a tumor removed from his colon that doctors discovered during a routine examination. The Albert Einstein Hospital in São Paulo wrote in a bulletin published by Pelé that he had been admitted for a re-examination of his chemotherapy. Flavia Nascimento explained that the hospital is currently also dealing with the adjustment to the cancer medication.

‹ ›
Keywords:
Brasilien FußballnationalmannschaftBrasilienFlavia NascimentoAlbert EinsteinSao PauloTV GloboPeléGesundheit
Your comment has been forwarded to the administrator for approval.×
Warning! Will constitute a criminal offense, illegal, threatening, offensive, insulting and swearing, derogatory, defamatory, vulgar, pornographic, indecent, personality rights, damaging or similar nature in the nature of all kinds of financial content, legal, criminal and administrative responsibility for the content of the sender member / members are belong.
Related News