The Brazilian government has ordered a three-day national mourning after the death of soccer idol Pelé. 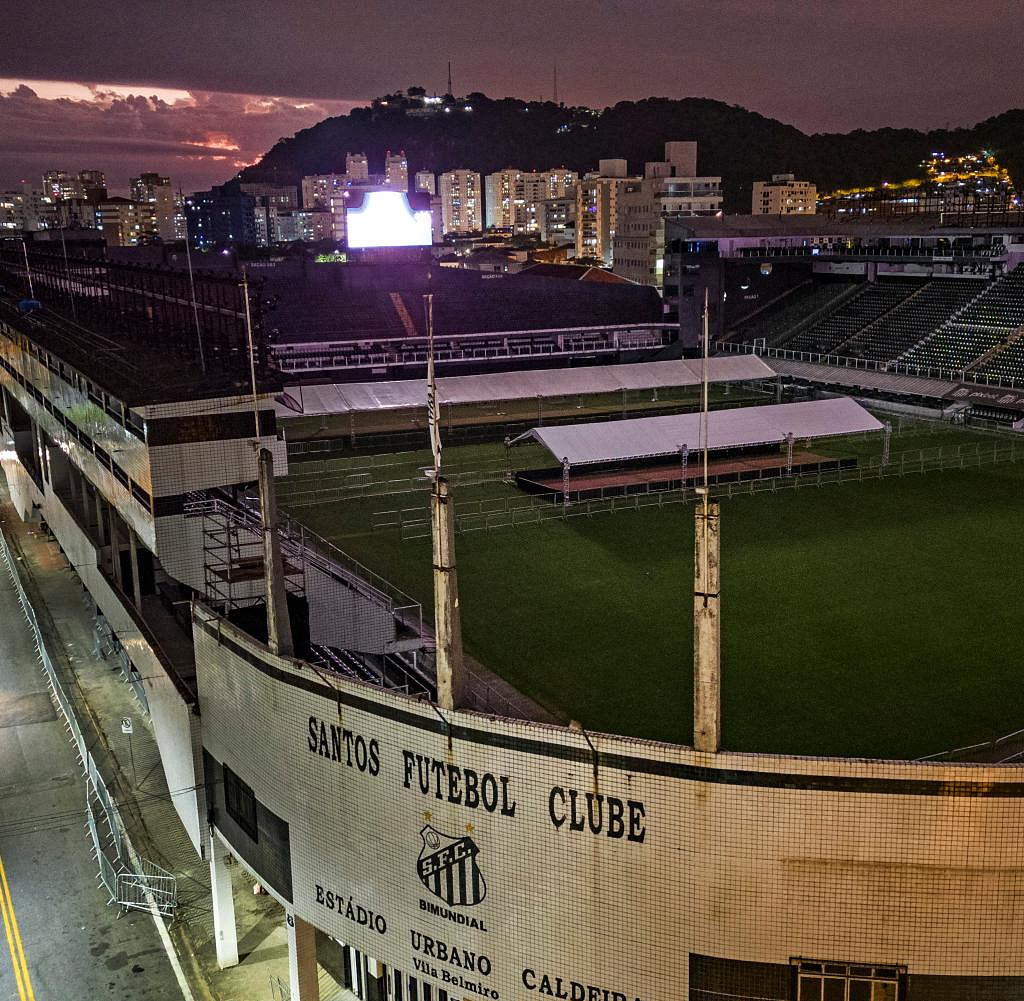 The Brazilian government has ordered a three-day national mourning after the death of soccer idol Pelé. This was announced by outgoing President Jair Bolsonaros on Thursday. "We mourn the loss of a man who brought the name of Brazil to the world through football. He turned football into art and joy,” the head of state previously wrote on Twitter. "May God comfort his family and receive him in his infinite mercy." Bolsonaro will leave office on Sunday, after which Luiz Inácio Lula da Silva will take over the reins of government in the largest country in Latin America.

Pelé died of cancer at the Albert Einstein Hospital in São Paulo on Thursday at the age of 82. Edson Arantes do Nascimento, as the striker's real name was, had a tumor removed from his colon last year. After that, he had to have chemotherapy again and again, which, according to media reports, was no longer effective. Pelé spent his last days in the hospital with his family.

The country can pay its respects to football giant Pelé at the site of some of the best matches of his career: the stadium of football club FC Santos. The club, for which the football legend played in Brazil, announced that the public could say goodbye to Pele at the Vila Belmiro stadium on Monday and Tuesday.

FC Santos said the coffin containing the three-time soccer world champion would leave the Albert Einstein Hospital in São Paulo on Monday morning (local time) and then be placed in the middle of the field. The coffin can be visited there for 24 hours.

Pelé's coffin is to be carried through the streets of Santos - past the home of his 100-year-old mother Celeste. Brazilian media reported that she could not get out of bed and was not in her right mind. The family will be buried at the Memorial Necrópole Ecumênica, a multi-storey cemetery in Santos.

The Brazilian was already a legend in his lifetime. World governing body FIFA named him – like Argentinian Diego Maradona – a “Player of the 20th Century”. Pelé played 92 international matches and won three World Cup titles with Brazil's national team (1958, 1962, 1970).

‹ ›
Keywords:
NewsteamBrasilienBrasilien FußballnationalmannschaftPelé(Brasilian. Fußballer)
Your comment has been forwarded to the administrator for approval.×
Warning! Will constitute a criminal offense, illegal, threatening, offensive, insulting and swearing, derogatory, defamatory, vulgar, pornographic, indecent, personality rights, damaging or similar nature in the nature of all kinds of financial content, legal, criminal and administrative responsibility for the content of the sender member / members are belong.
Related News