Pediatric crisis: the government takes a step towards caregivers

Extension until March 31 of the measures put in place this summer as part of the "flash mission", doubling of the remuneration of night hours for "all hospital staff", "critical care bonus" extended in particular to childcare workers in pediatric services: the measures announced aim to "recognize the unfailing investment of our hospital professionals", declared the minister during a press conference. 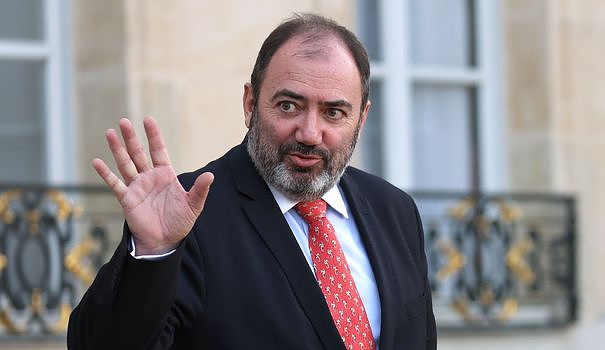 Extension until March 31 of the measures put in place this summer as part of the "flash mission", doubling of the remuneration of night hours for "all hospital staff", "critical care bonus" extended in particular to childcare workers in pediatric services: the measures announced aim to "recognize the unfailing investment of our hospital professionals", declared the minister during a press conference.

He acknowledged a "worrying situation" in hospitals, linked to a "worrying" bronchiolitis epidemic.

These solutions, amounting to "around 400 million euros" according to the minister, include the envelope of 150 million euros promised in October by the government to support "services in tension", specified his office. They will be discussed again as part of the work carried out by the National Council for Refoundation launched at the beginning of October and the National Pediatrics Conference scheduled for spring 2023.

"We welcome these advances," reacted officials from the Pediatrics Collective, which has been alerting the government for two weeks to an "unprecedented" crisis. “But these are emergency and non-structural measures” which “will not prevent the escape of caregivers”, added to AFP Mélodie Aubart, neuropediatrician at the Necker-Enfants Malades hospital.

If he judges that "the government has understood the urgency of the situation", the president of the French Hospital Federation (FHF) Arnaud Robinet notes in a press release that "these measures must still be financed" in the draft budget of social Security.

And "these announcements only cover the very short term", he adds, calling for "a more lasting shock of attractiveness" because "we will not treat the hospital with an infinite addition of rescue measures".

The announcements followed a meeting between the minister and pediatrics representatives on Wednesday afternoon. In the morning, a delegation of pediatricians was received at the Elysée. More than 7,000 pediatric caregivers had sent an open letter to Emmanuel Macron on October 22 to denounce "irresponsible political inaction". François Braun's announcement of an "immediate action plan" and the release of 150 million euros did not convince the professionals.

- "children are poorly cared for" -

Since the beginning of October, the emergency and pediatric intensive care units of hospitals across the country have been saturated, in particular under the effect of the epidemic of early bronchiolitis. But caregivers denounce deep structural problems, starting with the lack of financial and human resources.

"The public authorities must hear that today, in France, children are poorly treated, for lack of means, lack of carers and lack of a health policy worthy of the name", explains Isabelle Desguerre, head of the necker pediatric ward.

“Dozens of children are hospitalized in emergency boxes, are transferred several hundred kilometers from home, caregivers come home every day feeling like they have done their job badly”, explains Dr Mélodie Aubert.

Added to this are the difficulties of ensuring the follow-up of children suffering from chronic illnesses: canceled care, deprogrammed surgeries, as many degradations which "put into play the prognosis and the quality of life of patients", according to Professor Desguerre.

Hospital pediatric departments are facing unprecedented recruitment difficulties. The caregivers "were disgusted and left", explains Isabelle Melki, pediatrician at the Robert-Debré hospital in Paris who "has never seen this in 15 years".

The lack of staff has forced the closure of several pediatric emergency and intensive care units across the country.

Dr. Hiba Trraf is one of those "morally and psychologically exhausted" caregivers. She has just resigned from her position as head of the pediatric department at Montluçon hospital after finding herself the only doctor in the department following the departure of her six colleagues. Refusing to continue "to endanger the children", she is about to leave on a humanitarian mission while hoping "to return one day to the public hospital, but not in these conditions".