Hamburger SV has gotten off track in the 2nd Bundesliga: they haven't won three games in the league and even lost three of the last four competitive games. 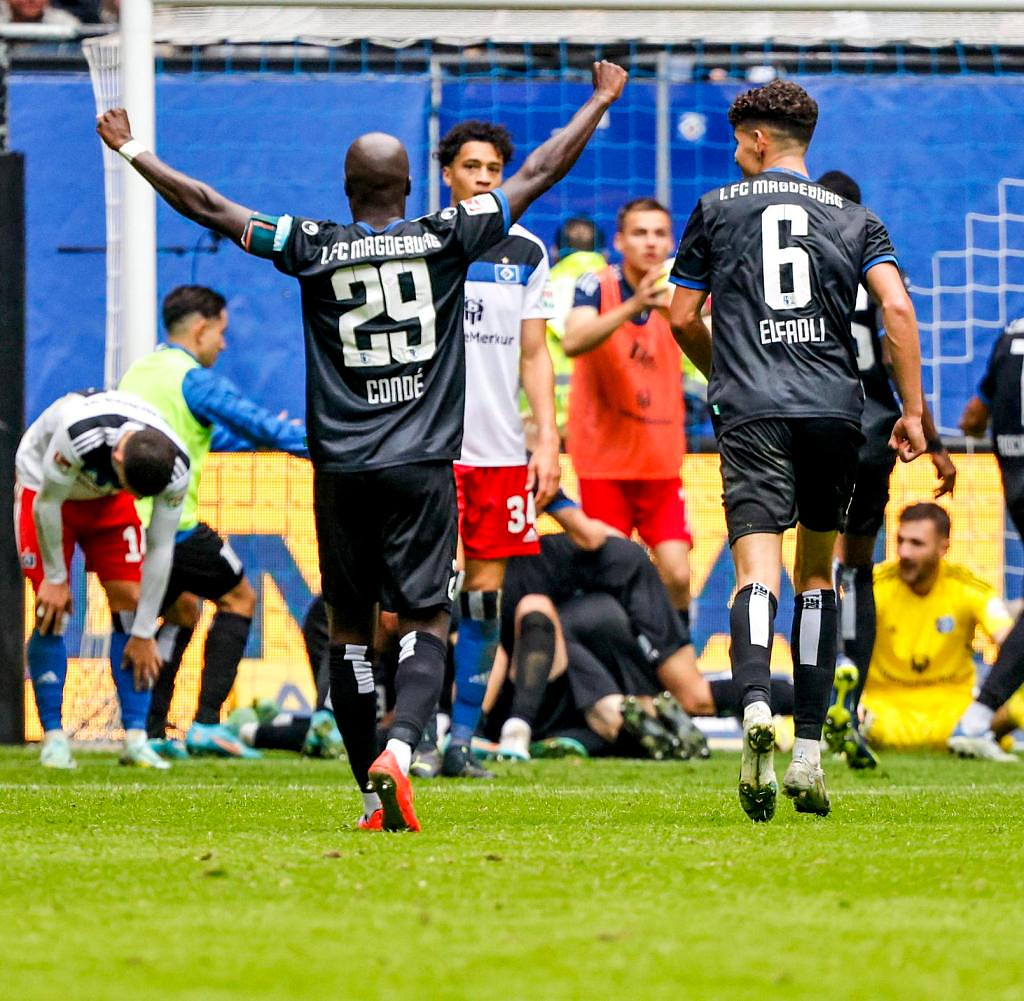 Hamburger SV has gotten off track in the 2nd Bundesliga: they haven't won three games in the league and even lost three of the last four competitive games. The North Germans conceded 2:3 (0:1) in their home game against newly promoted 1. FC Magdeburg on Sunday and remain in the relegation rank. A draw against Kaiserslautern (1:1) and a 0:3 smack in the city derby against FC St. Pauli was followed by the next blow in the neck. With the 0: 4 in the DFB Cup in Leipzig, Hamburg have even had to concede eleven goals in the last four competitive games. In addition, they have only won three of their seven home games.

"It's just that we're currently making far too many slight mistakes on defense and sometimes failing miserably on offense," said coach Tim Walter at Sky. "If you don't take advantage of such chances to score, you can't win a game." In the past few weeks, the trainer's tones have been more forgiving in public, even after setbacks.

This is how the game went: Mo El Hankouri gave Magdeburg an early lead (11th minute) in front of 54,000 spectators in the Volksparkstadion, Baris Artik (51st) and substitute Julian Rieckmann (88th) made the victory perfect. Ransford Königsdörffer (58.) and Tom Sanne (90.3) shortened the lead for HSV, who should have won with a significant improvement in performance in the second half.

In the duel between the two teams with the most possession in the league, Hamburg were the dominant team, but for a long time they were unable to develop any decisive advantages against Magdeburg, who attacked early. The hosts made numerous mistakes and inaccuracies and did not find the space for their powerful attacking football. His team acted erratically for 60 minutes, Walter complained. "We have to play them more tired and not make such pathetic mistakes."

The image that Walter complained about changed radically after the 0:2. The HSV coach brought in three more attacking players, rearranged the formation – and all of a sudden the hosts played with vigor and vigour. In this way they gained clear advantages, started attack after attack and had several scoring opportunities. But when the 1:3 fell shortly before the final whistle, the defeat seemed to be sealed.

But the Hamburgers turned up again. Substitute Sanne scored the goal. It was bitter that Ludovit Reis headed the crossbar in added time (90.6). Seconds earlier, a header from Mario Vuskovic had been cleared off the line.

The recipe of the Magdeburg: They renounced their usual ball possession, let the Hamburg team take the initiative and counterattacked. They were successful with that, even if their strength visibly dwindled in the second half.

It was a special moment for FCM coach Christian Titz. Relegated from the Bundesliga with HSV in 2018, after ten games in the 2nd league he was chased off the court despite intact promotion opportunities, he now sent a signal of departure at his old place of work with his Magdeburg team. 1. FCM jumped from the bottom of the table to rank 15. "It was hard work," said Titz with satisfaction. "The boys have rewarded themselves."

HSV must now face second-placed Paderborn on October 30th. The day before, FC St. Pauli will travel to the leaders in Darmstadt. And the Kiezkicker have to look down again after their 2-0 defeat on Saturday evening in Bielefeld. Coach Timo Schultz still believes in his team. He expects that she will quickly get the curve - preferably on Saturday (8.30 p.m. / Sky and Sport1) when the next promotion candidate shows up at Millerntor after HSV in Darmstadt 98.

“We are stable as a group, we will now recharge our batteries and prepare well for Darmstadt. For us, it's now a matter of working out a reasonable starting position for the new year in the coming games," said the 45-year-old coach with a view to the four games still to come until the long World Cup break. For the Brown and Whites, where things are not right at the back (the regular central defender duo Nemeth/Medic is out for a long time) and at the front (strikers who are too harmless), it is simply a matter of doing damage limitation until the start of the winter break. Then you have to react.

It seems clear that sports director Andreas Bornemann has to make improvements, at least in attack, because the strikers Johannes Eggestein (3), Etienne Amenyido, David Otto (1 each) and Igor Matanovic (0) bring it together in twelfth place (14 points) after 13 games just a meager five hits. For comparison: Last season, St. Pauli was the leader after 13 games and had a whopping 29 points. And their top scorer at the time, Guido Burgstaller, had already scored ten goals by then.