Paris and Algiers eager to "densify" their relationship

"It's a step to build even closer cooperation between France and Algeria", declared the head of the French government Elisabeth Borne to the press after the meeting, for the first time since 2017, of the High Level Intergovernmental Committee (HLIC). 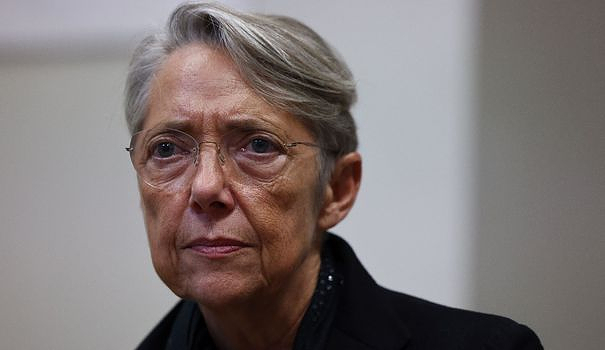 "It's a step to build even closer cooperation between France and Algeria", declared the head of the French government Elisabeth Borne to the press after the meeting, for the first time since 2017, of the High Level Intergovernmental Committee (HLIC).

After the signing of bilateral economic cooperation, mobility or cultural agreements, Ms. Borne - who came to Algeria with an imposing delegation of fifteen ministers - highlighted the "strong sign" of this trip, her first to l stranger, hailing an "atmosphere of trust and brotherhood".

She mentioned three pillars for this "reinforced" partnership: the economy to "develop trade, innovation and create jobs"; mobility and visas; and youth through increased educational and cultural cooperation.

His Algerian counterpart Aïmene Benabderrahmane hailed the "quality of the political dialogue" and a "great convergence regarding the importance of strengthening consultation and coordination on regional and international issues of common interest".

“The time of incomprehension is behind us,” Ms. Borne said before her visit about the ultra-sensitive question of the memory of colonization and the Algerian war.

The head of the French government affirmed in this regard that the composition of the commission of historians from both shores, who must examine "without taboo" the archives of the two countries, was only a matter "of a few days".

She started her visit on Sunday with memorial gestures, like President Emmanuel Macron during his trip at the end of August which, after months of tension, helped to warm relations between the two countries.

Mr. Benabderrahmane insisted on "the importance of continuing joint work", through this commission and "the establishment of mixed working groups concerned with questions of memory".

As a prelude to this trip, Mr. Macron spoke by telephone on Sunday with his counterpart Abdelmadjid Tebboune, again pleading for the realization of the "renewed and ambitious partnership" decided five weeks ago.

Elisabeth Borne is due to have lunch on Monday with Mr. Tebboune, who signed with Mr. Macron on August 27 a "Declaration of Algiers" around six axes of bilateral cooperation.

The CIHN meeting on Sunday resulted in the signing of a dozen texts: "declarations of intent" on employment, industrial cooperation, tourism and crafts, or disability, a "partnership agreement" in agriculture and a "memorandum of understanding" on start-ups.

The holding of the CIHN in itself "is already a step forward" in the political dialogue, according to Hasni Abidi, director of the Center for Studies and Research on the Arab and Mediterranean World (Cermam) in Geneva.

On the delicate issue of visas greatly reduced by Paris in the fall of 2021, Ms. Borne said she had mentioned "the means of encouraging student, scientific, artistic and economic mobility", while Mr. Benabderrahmane insisted on the need to a "real facilitation of the movement of people".

Ms. Borne reported "intense exchanges" on this file between the French Minister of the Interior Gérald Darmanin and his Algerian alter ego, saying to herself "confident that they will quickly lead".

The presidents of the two countries had paved the way at the end of August for a relaxation of the visa regime granted to Algeria, in exchange for increased cooperation from Algiers in the fight against illegal immigration.

This question has poisoned the bilateral relationship since Paris halved the number of visas granted to Algeria, which was deemed not quick enough to readmit its nationals expelled from France.

An increase in deliveries of Algerian gas to France is not on the agenda, but Ms. Borne said she was "continuing to move forward" with Algeria to increase its gas production capacities.

Ms. Borne took with her only one large group, Sanofi, which has an insulin factory project, and four SMEs: Générale Energie, which is considering the construction of a processing plant for olive pits, Infinite Orbits, which has a project for Algeria's first microsatellite, Neo-Eco, which works on processing waste such as asbestos, and Avril, which specializes in processing cereals.

For its part, Business France, a public structure responsible for international investment, is taking dozens of companies to the Franco-Algerian Business Forum, which will be inaugurated on Monday by the two Prime Ministers.