Paramedic treats own daughter after fatal accident – ​​without recognizing her

A Canadian paramedic unknowingly treated her daughter, who was fatally injured beyond recognition. 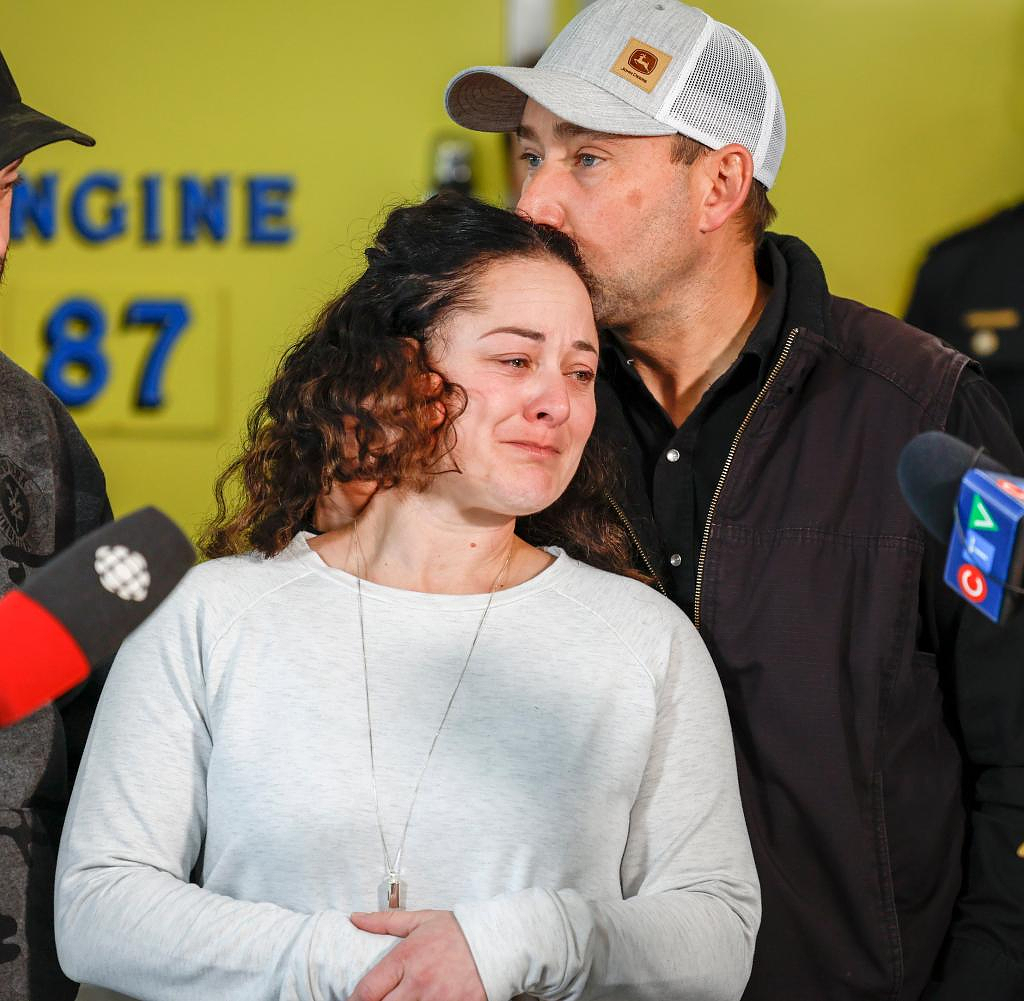 A Canadian paramedic unknowingly treated her daughter, who was fatally injured beyond recognition. 17-year-old Montana was a passenger in a serious car accident in mid-November. After being freed from the car, she died in the hospital, as her mother Jayme Ericson reported at a press conference on Tuesday evening (local time). As she remembered the youngster who fought to the end, she wiped tears from her face.

Accordingly, Erickson was called to the crash north of Calgary on November 15, where she found the girl, who was no longer identifiable as her daughter because of her severe injuries. It was only at the end of the day that police officers came to her home and told her that the patient was her daughter.

Erickson described her daughter as an avid swimmer who wanted to be a lawyer and achieved everything she set out to do. "She was a fighter and she fought until the day she died and she was beautiful. she was so beautiful Anytime she made an effort, she made it," Erickson said, with family members, other paramedics, police officers and firefighters standing behind her to support her.

Richard Reed, a friend and flight paramedic, gave a heartbroken account of how Erickson unwittingly took care of his own daughter first on the scene. After the driver lost control of the car, it was hit by a truck. The driver was able to get out of the car, but Montana was trapped in it, seriously injured. He said Erickson knew things were bad for the girl. She sat with her daughter until she was taken to the hospital by helicopter - still not knowing who it was.

On the way back, she expressed sorrow and frustration to her partner that a family would probably later lose their daughter, sister and granddaughter. Shortly after she got home, there was a knock on the door, Reed said. To her horror, she learned that the girl she was trying to keep alive so the family could say goodbye to her was her own daughter. "Jayme unknowingly kept her own daughter alive."

‹ ›
Keywords:
NewsteamKfzUnfälleKanadaTexttospeech
Your comment has been forwarded to the administrator for approval.×
Warning! Will constitute a criminal offense, illegal, threatening, offensive, insulting and swearing, derogatory, defamatory, vulgar, pornographic, indecent, personality rights, damaging or similar nature in the nature of all kinds of financial content, legal, criminal and administrative responsibility for the content of the sender member / members are belong.
Related News