Palomares to be cleaned up by ecologists - new legal action announced 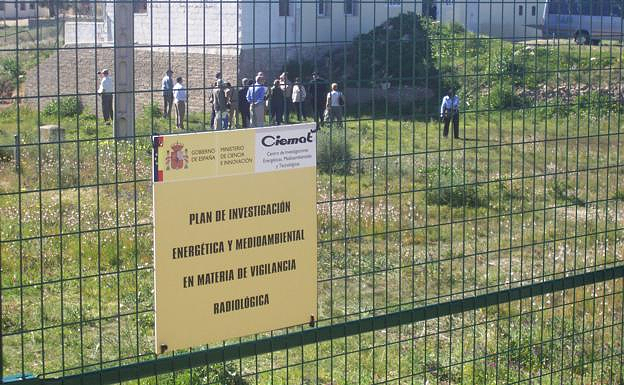 Ecologists in Action announced new "judicial actions", to clean up radioactivity in Palomares district of Cuevas del Almanzora. This is because the Royal Decree of Urgent Measures for the War in Ukraine, which gives jurisdiction over the contaminated soils of the Ministry of Ecological Transition, makes no sense of the lawsuit in which the Supreme Court must decide whether it obliges the Nuclear Safety Council to set a date for the execution of the Rehabilitation Plan.

To ensure that what was established in the final provision of Royal Decree was followed immediately, a letter was presented to the Atomic Regulator on Wednesday. It was asked to send the information on Palomares to the ministry. However, the group warns in the text that the letter's purpose is to "exhaust the administrative channel to start a new procedure against CSN."

It also requests that the ministry, in accordance with section 1 and 2 of the Nuclear Energy Law, request a report about the condition of Palomares' contaminated soil. In compliance with article 38 Ter 4, it sends a radiologically contaminated Palomares soils report or places restrictions on their use.

Ecologists in Action warned the Supreme Court (TS), two weeks ago, of a "maneuver” by the Government in which it "transfers" the power to clean soil contaminated by radioactivity in Palomares, Almeria, to the Ministry of Transition Ecological. This would lead "delaying rehabilitation of the land for several years."

Jose Ignacio Dominguez (the group's lawyer) stated that "It is an exemplary move with which they intend to lose the lawsuit because we presented it against entity, the CSN which would no longer be able to have powers."

Ecologists considers this change "may directly affect" the resolution to be adopted regarding the contentious-administrative appeal and asks the court to take into account that the Ministry has not participated "absolutely in anything" related to Palomares and is "unrelated" to the accident that caused the contamination and that, on the other hand, Ciemat and CSN "have everything ready to start cleaning up immediately".

"If the Ministry assumes control in accordance to the aforementioned Royal Decree it will have to prepare a rehabilitation plan, repeat the huge work done by the CIEMAT over five years. Although it is assumed that the ministry would accept the work as its own, the delay of several years would still occur since it would need to start over in a case it is totally unaware of, whose processing corresponded 56 years to both the Nuclear Energy Board, then the CIEMAT, and the CSN." The Supreme was informed

The Supreme Court will decide whether or not the CSN is competent to promote execution of the Palomares Rehabilitation Plan. It also needs to decide if it should set a date for the cleanup of the plutonium and americium that were deposited in the soils in this Cuevas del Almanzora district.

In July 2021, the National Court rejected the claims of Ecologists-in-Action with two separate votes. It considered that the Nuclear Safety Council was not the appropriate body to address the matter. On the other hand, two magistrates ruled that the CSN had to have completed the rehabilitation and set a reasonable deadline.

Spain should have informed European Commission, at the end 2021, of the progress made regarding the "definitive cleaning plan" by which the contaminated soil must "eliminated" to allow for "safe storage" in a "long term" facility.

The Rehabilitation Plan and cleaning of the land were recommended by the EC a decade ago, especially in zone 2, 3, and 6, "to avoid unacceptable radiological risks" and "taking into consideration the very long half-lifeof the contaminants>>>>>".

‹ ›
Keywords:
EcologistasAnunciaNuevasAccionesJudicialesLograrLimpiezaPalomares
Your comment has been forwarded to the administrator for approval.×
Warning! Will constitute a criminal offense, illegal, threatening, offensive, insulting and swearing, derogatory, defamatory, vulgar, pornographic, indecent, personality rights, damaging or similar nature in the nature of all kinds of financial content, legal, criminal and administrative responsibility for the content of the sender member / members are belong.
Related News