Taher Mohammed Zakarneh "was shot" by Israeli forces in Qabatiya, the ministry said in a statement, noting that the young man had been "shot and wounded in the head, right foot and left thigh" before dying . 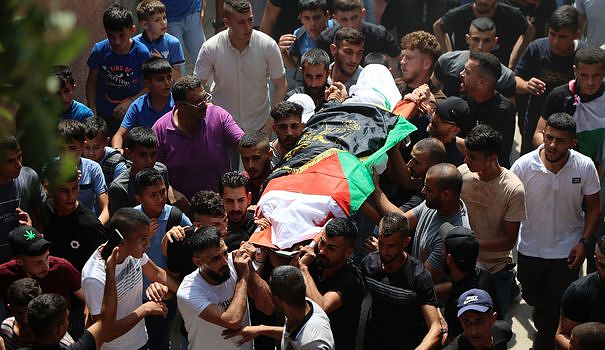 Taher Mohammed Zakarneh "was shot" by Israeli forces in Qabatiya, the ministry said in a statement, noting that the young man had been "shot and wounded in the head, right foot and left thigh" before dying .

Since a series of anti-Israeli attacks last March, the Israeli army has increased its operations in the north of the occupied West Bank, particularly in the regions of Nablus and Jenin where Palestinian armed groups are active.

These operations, intended to arrest suspects according to the Israeli army, are frequently interspersed with clashes with the inhabitants.

The Israeli army said in a statement that it carried out "counterterrorism" activities overnight and Monday morning in the localities of Jenin and Qabatiya during which five "suspects" were arrested.

"During this operation, there were violent riots. The rioters threw stones, explosive devices, Molotov cocktails at the forces and shots were heard.

The soldiers responded by opening fire,” the army added, adding that shots had hit Palestinians without commenting on the case of Taher Mohammed Zakarneh.

Late Sunday evening, four Israeli soldiers were "slightly" injured by an "explosive device" thrown at the guard post in Nabi Saleh, near Ramallah, in the central West Bank, territory occupied since 1967 by the Israeli army.