Paid too much rent? This company aims to get you your money back 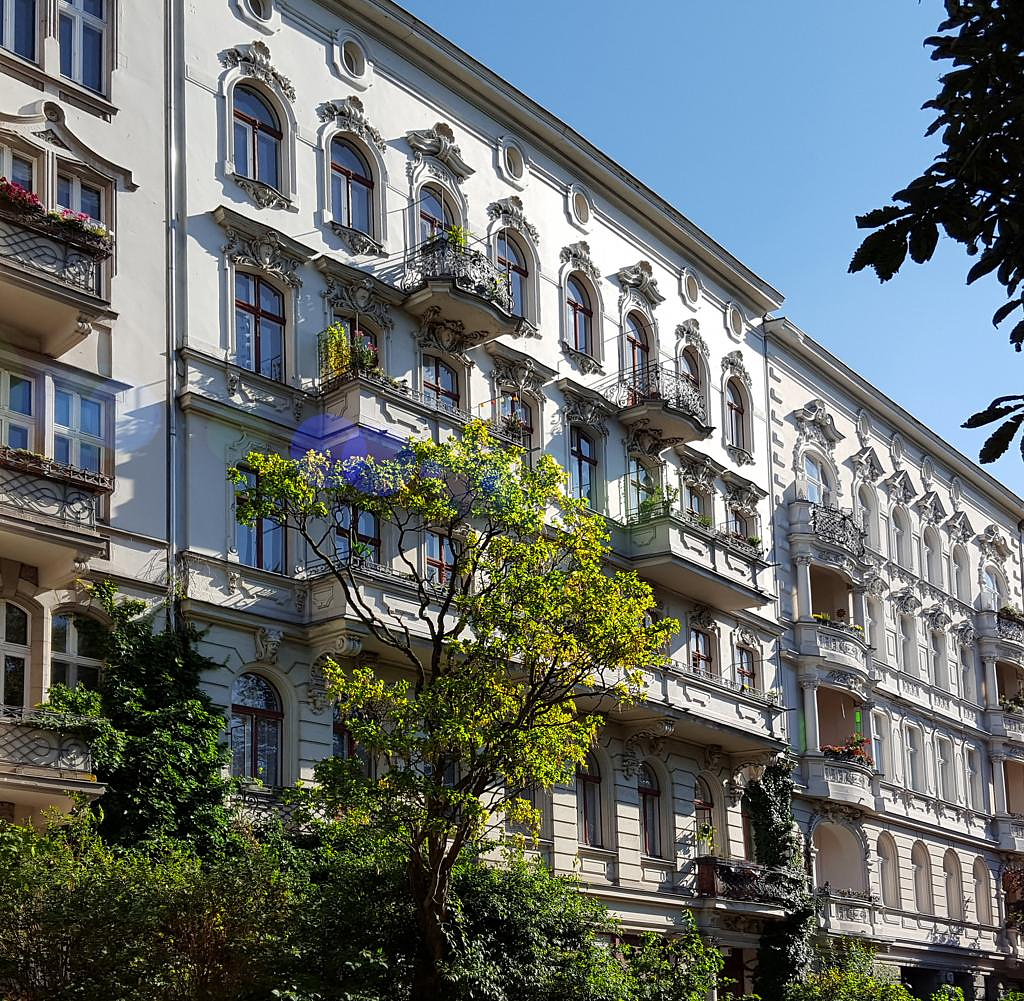 Thaddäus Leutzendorff actually wanted to study business administration in Vienna. But after two years, the 26-year-old dropped out. Sitting in the lecture hall was just not his thing. He preferred to spend his time on his own projects, such as working in start-ups such as the food delivery service Foodora, where he worked as a sales manager.

But Leutzendorff experienced probably the most formative time, as he tells it in an interview with "Gründerszene", during his work at Mietfuchs. The Austrian start-up helps tenants get a refund for overpaid rent.

There he learned that in Vienna many people live in apartments in old buildings, who transfer more money to their landlords each month than the tenancy law allows. And so in 2020 he decided to copy the idea of ​​his previous employer and found his own start-up with fairesLeben.

He wanted to do a few things differently and, among other things, promote the topic of digitization. According to this, freelancers at Mietfuchs went from door to door with paper and contracts to make acquisitions, for example. And the customer service, according to the accusation of the founder, could also have been improved.

According to the founder, customers of faireMiete, on the other hand, should be able to keep in touch with the start-up via their own platform - to find out quickly about the current status of their own court proceedings, for example. "We deal with people who live in apartments that are completely run down and pay an average of 150 to 250 euros too much a month," says Leutzendorff.

All of this happens under the faireMiete brand. The start-up pays the entire legal costs for its customers, even if the lawsuit ultimately fails. Several thousand euros quickly accumulate for lawyers and additional reports. "If we are successful in court, we get 30 percent of what the customer gets back in total," says Leutzendorff. With a refund of 5000 euros, for example, 1500 euros jump out for the Viennese start-up.

According to the young founder, faireMiete receives around 25 inquiries every month – mostly from people with a migration background. “People who don't speak German very well tend to shy away from going to a lawyer. We therefore take over the complete communication with the lawyer”.

In advance, i.e. before the case lands with the lawyer, employees first check inquiries for the chances of success - and sort them out if the chance of success is low. "Our goal is to make a good profit from cases won so that we can offset the cost of cases lost."

So far, the Viennese start-up has not been in the black. The reason for this is that the young company finances cases in advance - and the sales often only end up in the account after the end of the process, i.e. a year or two later.

This can become a problem, especially when disputed amounts are in the millions, as recently, according to Leutzendorff. The solution: "We will then team up with another litigation funder and raise the sum together."

So far, around half a million euros have flowed into the pre-financing of court cases - mainly through funds that Leutzendorff has collected in previous financing rounds.

This includes, among other things, a low, six-digit amount in the seed round at the very beginning of the foundation. At the beginning of this year, half a million euros followed from the existing investor KK Incube Invest and a Swiss business angel.

A large part of it went not only into court cases of tenants. The company also takes on legal disputes in the field of illegal gambling. Because faireMiete is just one of several business areas that Leutzendorff has established since it was founded in 2020 - fairesSpiel is another.

“Our focus is on illegal gambling. That's a gigantic market." According to this, Austrians squander between 200 and 400 million euros a year on illegal gambling, as he says. It's your own fault, you might think. However, if you lose your money to a casino that does not have a license in Austria, you can get lost money back.

However, going to a lawyer is complicated and expensive. That is why Leutzendorff wants to help those affected, who also often suffer from gambling addiction, with the reimbursement and assume the legal costs - and, as with faireMiete, earn money from it if successful

"The average customer of ours lost between 20,000 and 30,000 euros." If the customer wins the case, Leutzendorff quickly earns several thousand euros with large amounts.

fairesLeben also offers the reimbursement service in Germany - because the same applies here: online casinos that do not have a license in Germany are illegal. Good business for Leutzendorff: according to the founder, he receives more than 1,000 inquiries every month. Of his approximately 20 employees, around eight deal exclusively with illegal gambling.

But the business is also a risk. It is heavily dependent on legal decisions in Austria and Germany. Leutzendorff: “For example, there may be a new ruling tomorrow stating that Austria will issue gaming licenses to all online casinos. Then the topic is dead for us.”

And maybe that's why the founder relies on several horses such as hate postings on the Internet and data abuse. In both cases, those affected have a right to compensation, for example if digital companies lose data as part of data leaks and end customers suffer damage such as spam calls.

"People rarely think about going to a lawyer and suing Internet companies like Facebook for damages," says the founder. “There are rules about what is allowed and not allowed on the internet.”

And so Leutzendorff wants to use the two brands fairesNetz and faireDaten to help those affected to defend themselves within the legal framework, "so that the perpetrators don't get away scot-free," he says.

Compared to gambling, this area is not that lucrative. Leutzendorff personally considers the topic important. “Too many people get hate mail on social media every day,” said the founder.

Just a few weeks ago, an incident in Austria made headlines across national borders. A doctor took her own life after months of threats from coronavirus deniers on social media.

‹ ›
Keywords:
TexttospeechGründerszeneStartupsÖsterreichWirtschaftImmobilienMietrechtMieterApple PodcastBWLWienTechnikThaddäus LeutzendorffÖsterreichFoodoraFacebook
Your comment has been forwarded to the administrator for approval.×
Warning! Will constitute a criminal offense, illegal, threatening, offensive, insulting and swearing, derogatory, defamatory, vulgar, pornographic, indecent, personality rights, damaging or similar nature in the nature of all kinds of financial content, legal, criminal and administrative responsibility for the content of the sender member / members are belong.
Related News