Özil protest from spectators at the Germany game

During the World Cup match between Germany and Spain, an amazing scene took place in the stands. 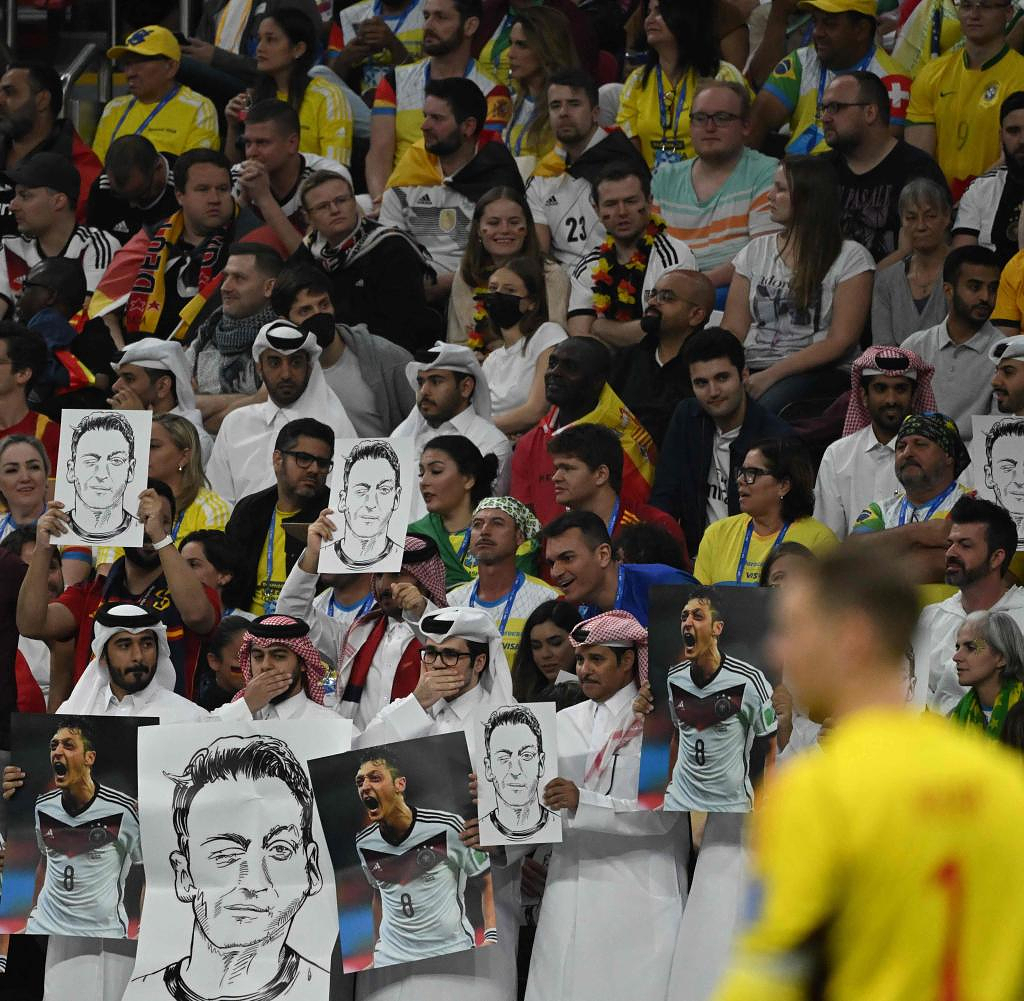 During the World Cup match between Germany and Spain, an amazing scene took place in the stands. A number of spectators, mostly in traditional Arabic clothing, held up placards during the first half. Some showed photos, most a caricature, but all the same person: Mesut Özil.

In the drawn pictures, the former German national player winks with his right eye. Some of the spectators also imitated the gesture of the German national players in the team photo before the first World Cup game against Japan (1:2). The DFB kickers had covered their mouths to protest against Fifa's ban on the "One Love" captain's armband. This was how the displeasure of the Germans about the restricted freedom of expression in the host country Qatar should be expressed. This brief gesture made headlines around the world.

Now the suspicion arises that the spectators in the Al Bait Stadium in Doha are also accusing the Germans of not allowing unwelcome opinions based on the Özil case. However, it is not yet known who the people with the posters are and what their exact intention is.

Özil, who was born in Gelsenkirchen, resigned from the national team after the 2018 World Cup with much fanfare. In the run-up to the tournament, he posed for photos with Turkish ruler Recep Tayyip Erdogan during the Turkish election campaign. This led to heated debates and protests in Germany and eventually led to Özil's resignation. He accused the German Football Association of racism. He was not protected by those responsible.

Özil's club career soon went downhill after the World Cup. He was no longer wanted at Arsenal in London, and he also failed at Fenerbahce Istanbul. The 34-year-old is now under contract with Istanbul Basaksehir.

‹ ›
Keywords:
Fußball WM 2022Deutschland FußballnationalmannschaftSpanien FußballnationalmannschaftÖzilMesut
Your comment has been forwarded to the administrator for approval.×
Warning! Will constitute a criminal offense, illegal, threatening, offensive, insulting and swearing, derogatory, defamatory, vulgar, pornographic, indecent, personality rights, damaging or similar nature in the nature of all kinds of financial content, legal, criminal and administrative responsibility for the content of the sender member / members are belong.
Related News