“Outpatient and inpatient care is no longer guaranteed for children”

Many children's hospitals in North Rhine-Westphalia complain about a heavy burden due to increased lung diseases in children. 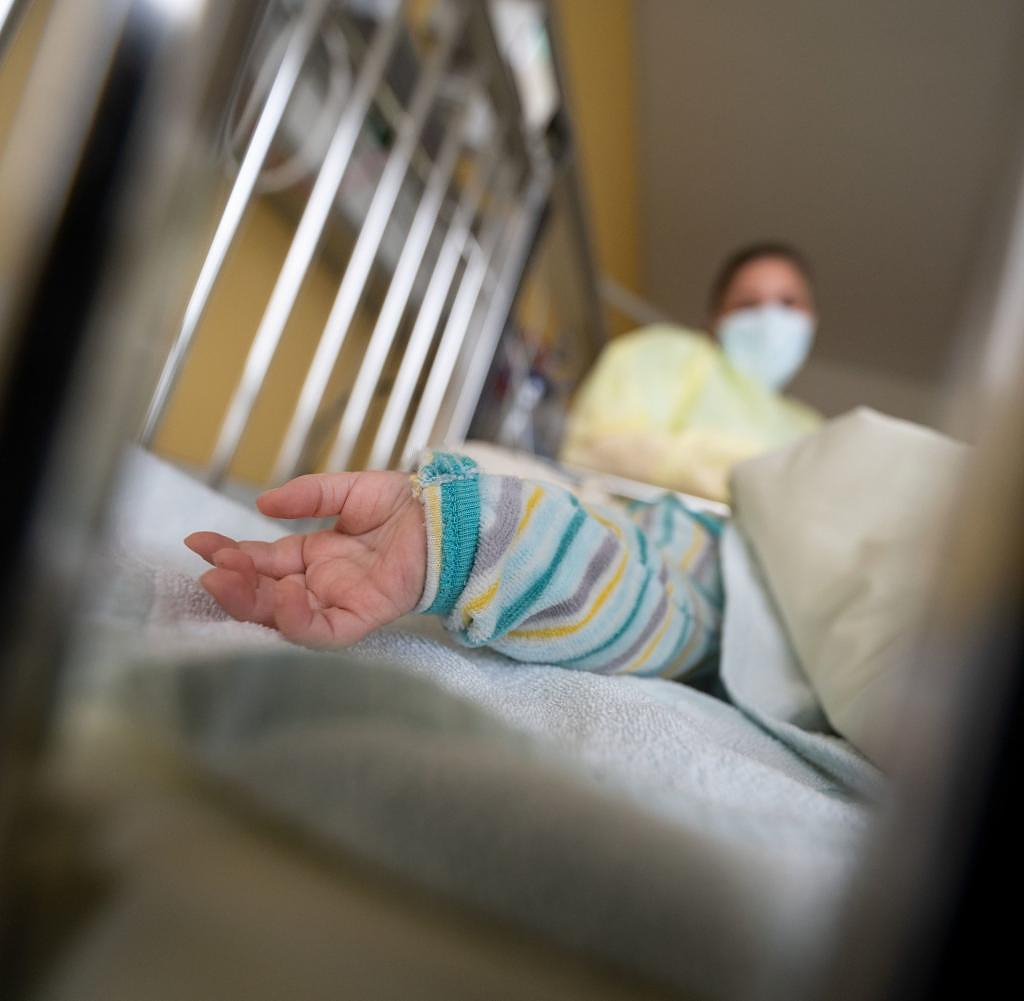 Many children's hospitals in North Rhine-Westphalia complain about a heavy burden due to increased lung diseases in children. Tobias Pott, spokesman for the Düsseldorf University Clinic, is currently finding two waves of disease: "A wave of RSV infections that primarily affects the very young in their first year of life, and a wave of influenza that primarily affects children up to primary school age." Pott emphasized that there is currently no peak in influenza and RSV infections in Germany. In Dusseldorf one is partly "maximum capacity" and the situation "maximum tense."

Diseases with the respiratory syncytial virus (RSV) are usually harmless. In children with previous illnesses in particular, an infection can be so severe that they have to be admitted to a clinic, said Heymut Omran, director of the clinic for pediatric and adolescent medicine at the University Hospital in Münster. Life-threatening conditions can occur, especially in infants and small children. Depending on the condition of the sick child, a long ambulance can also be dangerous, Omran said. In Münster, however, they had already been forced to move children to the Ruhr area because all the beds were occupied.

A similarly dramatic picture is emerging in Aachen and Cologne. So far, the university clinic in Aachen has been able to accept all patients, said a spokesman.

In the Rhineland, “all the beds are completely full” at times, stated the President of the German Society for Pediatric and Adolescent Medicine and Director of the Children’s Clinic at the University Hospital in Cologne, Jörg Dötsch. Waiting times of six to seven hours in the emergency room are also not uncommon. There is no question that this is a very stressful situation for the families of the little patients. "It's very uncomfortable when children and their families have to camp in the emergency room," said Dötsch.

The current situation is an extreme burden for all sides, emphasized Dötsch. However, they are a long way from disaster medicine: "We don't have to decide about life and death." Paediatricians are also affected by the increased number of diseases. "In the outpatient area, it's just "land under"," explained Michael Achenbach from the professional association of paediatricians (BVKJ) in Westphalia-Lippe. Preventive appointments would be canceled to treat acutely ill children. RSV and flu also dominated for him, the few corona cases that Achenbach and his colleagues are currently treating were already running under “also running”.

A quick alleviation of the problem is hardly conceivable, according to various sources. "The current situation comes with years of announcements, nobody can say they didn't know," said Georg Hülskamp from Clemenshospital in Münster.

The German Society for Child and Adolescent Medicine calls for better funding. Due to austerity measures and overburdening, many nursing staff in particular have left their jobs or the industry. In Münster, one of the plans for the coming year is the re-establishment of a training course specializing in pediatric nursing.

Pediatrician Axel Gerschlauer from BVKJ Nordrhein currently sees two problems: the premature and unusually strong wave of infections with viral respiratory diseases and a lack of pediatric hospital beds caused by politics. Gerschlauer complained that it was frustrating and angry that the warnings from the industry had been dismissed as typical doctor nagging for years. “As incredible as that is for Germany, outpatient and inpatient care is no longer guaranteed for children. Children don't have a lobby, and neither does paediatrics."

‹ ›
Keywords:
NordrheinWestfalenKinderKinderklinikenKrankenhäuserGesundheitssystemeGesundheitPflegeDüsseldorfMünsterAachenKölnTexttospeechRSVTobias PottBVKJ Nordrhein
Your comment has been forwarded to the administrator for approval.×
Warning! Will constitute a criminal offense, illegal, threatening, offensive, insulting and swearing, derogatory, defamatory, vulgar, pornographic, indecent, personality rights, damaging or similar nature in the nature of all kinds of financial content, legal, criminal and administrative responsibility for the content of the sender member / members are belong.
Related News