Out of school or in danger, the drama of schoolchildren in Yemen at war

"My friends study and I don't. 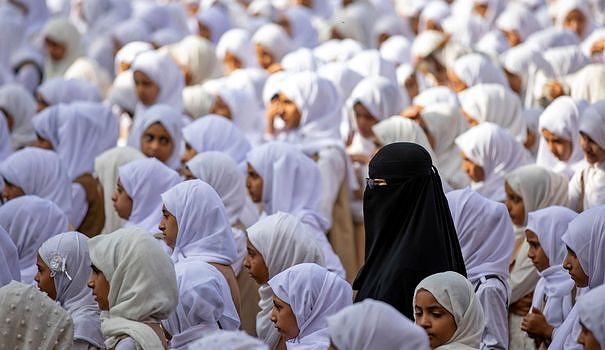 "My friends study and I don't. I dropped out of school to help my parents and support my family," the 12-year-old boy, wearing a torn t-shirt, told AFP in the southern city of Taiz.

The school year began in early August in most schools in Yemen, the poorest country on the Arabian Peninsula, long before the war between rebels and power, which caused one of the worst humanitarian tragedies in the world according to the UN , with the risk of large-scale famine.

After finishing his work in the car wash station, little Midian will lend a hand to his shoemaker father, Adnane Aoud.

Like many other Yemeni fathers, Adnane Aoud's decision to take his son out of school was difficult but inevitable due to meager income.

"To study, you need books, notebooks and pens. I wanted to support my children and take them to school, but I couldn't," laments AFP Adnane Aoud, 50. year. "We are in total misery."

He too could not afford to study.

"My children and I are illiterate. I wanted my son to do better than me, but he will become a shoemaker too. It's not a life!"

In Taiz, more than 500,000 students have returned to their classrooms despite the dangers. The city is held by power but besieged by Houthi rebels who block the main roads.

The siege "hinders the movement of students and the arrival of supplies", assures AFP Abdelwassie Chadad, a local education official.

Schoolchildren also risk being shot by snipers, despite the ceasefire in force. Earthen barriers are sometimes erected to protect them on the way to school.

For Ichraq Yahia, a teacher at a girls' school in Taiz, the truce is "a huge failure" because the siege and sporadic sniper fire have not stopped.

"Students are targeted on the way to school. Some were hit while they were on the school bus," she told AFP.

Surrounded by mountains, Taiz is one of the cities most affected by the war that started in 2014 and which, according to the UN, left hundreds of thousands dead.

Since April 2, a truce wrested by the UN has generally been respected, offering some respite to the population.

Elsewhere in Yemen, the school year was just as difficult.

In the province of Hodeida (west), where regions are controlled by the rebels, classes are followed on the ruins of schools and students face the danger of mines.

Some even sleep next to their destroyed school. Others go there barefoot on the muddy ground, carrying their books in plastic bags.

In Sanaa, the Yemeni capital also in the hands of the Houthis, schools have opened their doors to thousands of students returning to class without worrying about the bombings, thanks to the truce.

"The conflict and frequent interruptions to schooling...have a profound impact on learning as well as intellectual and emotional development," said the UN Children's Fund (UNICEF).

The war and the “education crisis” affect the mental health of 10.6 million children, adds the organization, evaluating at “more than two million” the non-schoolers, that is “an increase of almost half a million" since 2015.

According to Unicef, one in four schools has become unusable, not to mention the security risks, the shortage of teachers and the decay of the infrastructure which is pushing people out of school.

Before going to school, Malak Fayçal says "goodbye" to his mother every day in case she does not see her again.

"We are in danger going to school. The Houthi rockets and snipers present not far from the house spare no one."