"Our brothers", a film to pay tribute to Malik Oussekine, but not only...

The film, which will be released in theaters on December 7, will represent Algeria at the Oscars. 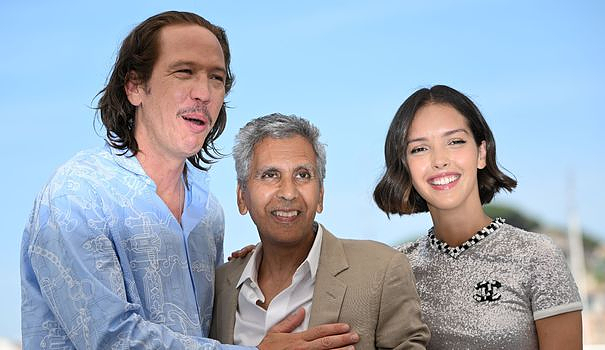 The film, which will be released in theaters on December 7, will represent Algeria at the Oscars. It had been presented, in preview and out of competition, in May at the Cannes Film Festival where it had been warmly welcomed.

By comparing the death of Malik Oussekine, a young French student of Algerian origin, with that, the same evening, of Abdel Benyahia, also French of North African origin, Rachid Bouchareb affirms that they are part of the same story. .

That of the police brutality exerted on young people of North African origin in France in the 1980s.

A film that the director of "Indigenous" had "wanted to do for a long time". "There, it's the personal clock that started. It was time," he told AFP during an interview on the sidelines of the Cannes Film Festival.

The first cinematographic adaptation of these dramas which marked a generation - that of the students opposed to the Devaquet bill - the film was released a few months after the "Oussekine" series on Disney.

"There are memory topics that are difficult and we have to wait until France is completely ready to talk about them," continues the director.

"We talk a lot about the righting of France (...) but a film like this could not have happened a few years ago. That we can do it today is a real note of hope", completes with AFP the actor Reda Kateb, who plays the role of Mohamed, brother of Malik.

If the families did not participate in the film, it was made with their consent. "We didn't want to shake up or awaken their wounds. We stood in our place", continues the actor of "Exceptional".

"It's a film that was made without anger and with a lot of love," actress Lyna Khoudri, who plays Sarah, Malik's sister, told AFP.

With writing with a knife, a tight narrative, the film distances itself from the more dense Disney series, which notably addressed the theme of colonization.

Rachid Bouchareb's film focuses on the fates of Malik and Abdel. Both died the same evening. The first in Paris, the other in Pantin, in the inner suburbs of Paris. Both were killed by police.

In the case of Abdel Benyahia, a young street entertainer, shot in the chest by a drunken police inspector as he tried to intervene to avoid a fight in front of a café.

His story was not immediately publicized, for fear that his death, along with that of Malik Oussekine, would provoke more demonstrations in a country already marked by strong student protests.

With great accuracy, Samir Guesmi, who embodies the role of Abdel Benyahia's father, conveys the loneliness of this man, worker and alone, and that of Oussekine, carried by his older brother Mohamed who takes charge of the legal proceedings. and receives the support of President Mitterrand.

"To embody this father who has long been missing in the landscape of French cinema and who now has his place, it's great", says Samir Guesmi who already played a father in his first film as a director, "Ibrahim" (2020).

Thirty-six years after the fact, what can we expect from the film? "Each time, the films trigger a whole movement (...) we start a locomotive and the cinema is a locomotive", estimates Rachid Bouchared.

In 2006, "Indigènes", which had won a collective interpretation prize for its interpreters, had changed the lives of foreign veterans by allowing the revaluation of their pensions.