"We hope to convince the court of the importance and the need to release all of those it has to judge today", indicated Me Mattéo Bonaglia, one of their lawyers, before the opening of the hearing. 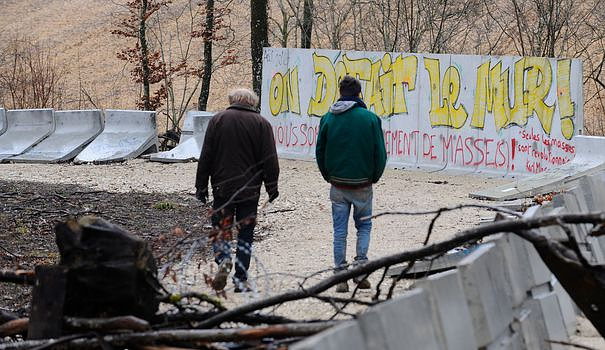 "We hope to convince the court of the importance and the need to release all of those it has to judge today", indicated Me Mattéo Bonaglia, one of their lawyers, before the opening of the hearing.

These opponents are retried in Nancy for possession of substances or products "intended for the constitution of explosive or incendiary devices" and organization of an undeclared demonstration in Bure on August 15, 2017.

"This will be an opportunity to return to this long, sprawling judicial investigation" which had lasted three years and four months, and "which has hindered many fundamental freedoms" of these seven activists, underlined Me Bonaglia.

At first instance, in June 2021, the criminal court of Bar-le-Duc (Meuse), sentenced two of the seven opponents to nine and twelve months in prison. The other four had received suspended sentences of six to nine months.

Only one defendant had obtained a total release, the others having been simply released from the prevention of criminal association initially targeted.

The six convicted defendants had appealed, and the prosecution had appealed to him concerning the person totally released.

The demonstration of August 15, 2017 was one of the many episodes of a long-term protest against this project, baptized Cigeo, of a highly radioactive waste storage center in Bure, on the borders of the Meuse and Haute-Marne. .

Led by the National Agency for Radioactive Waste Management (Andra), this controversial project aims to bury, 500 m underground, 85,000 m3 of the most radioactive waste from the French nuclear fleet, by 2035-2040.

In July, this project was declared of public utility by decree, but opponents filed an appeal in September with the Council of State.