One month before the World Cup, Neymar has an appointment with his past before a Barcelona court

The Brazilian star, who left Barça in a sensational way in 2017 for Paris Saint-Germain, and his former club are both among the defendants of this resounding trial, which will open at 10:00 local time (08:00 GMT) and will last until to October 31. 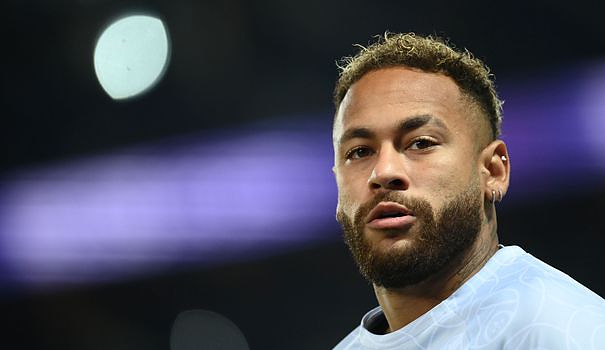 The Brazilian star, who left Barça in a sensational way in 2017 for Paris Saint-Germain, and his former club are both among the defendants of this resounding trial, which will open at 10:00 local time (08:00 GMT) and will last until to October 31.

The PSG striker, who will lead the "Seleçao" from November 20 to conquer a sixth World Cup, is accused of corruption by the public prosecutor, who is claiming two years in prison and 10 million euros in fine against him.

Among the eight other defendants are his parents, two former presidents of FC Barcelona - Sandro Rosell, for whom the prosecution has requested five years in prison, and Josep María Bartomeu - and a former manager of his former Brazilian club Santos, Odilio Rodrigues Filho.

The other defendants are three legal entities: FC Barcelona, ​​Santos FC and the company founded by the player's parents to manage his career.

Neymar, who said six years ago that his father was in charge of his affairs, is due to appear in court on Monday for the start of the trial, although there is no official confirmation at this stage that he will make the move. Especially since he played and shone on Sunday evening against Marseille at the Parc des Princes in Ligue 1, scoring the only goal of the match to offer victory to Paris SG, before leaving two minutes before the end of the match.

The court said the player was scheduled to testify either on October 21 or October 28, but did not specify whether it would be face-to-face.

- Testimony of the president of Real Madrid -

The second day, Tuesday, also promises to be a high point in the trial, since the prosecution has called to testify the president of Real Madrid, Florentino Pérez, who will intervene by videoconference to explain how the secret agreement reached in 2011 between the Barça and the player weighed on the transfer window by preventing other clubs from struggling to recruit Neymar.

It was the Brazilian investment company DIS, then holder of 40% of the player's economic rights, which brought the case to court in 2015.

DIS considers having been harmed in the transfer of the striker, because if FC Barcelona initially calculated its cost at 57.1 million euros (40 million for Neymar and his family and 17.1 for Santos FC), the Spanish justice estimates that the recruitment of Neymar actually cost at least 83 million euros.

The company, which received 6.8 million euros of the 17.1 officially paid to the Brazilian club, claims that Barça, Neymar and then Santos FC teamed up to conceal the real amount of the operation and the have "cheated".

She is thus claiming 35 million euros, the amount she believes to have lost in the case.

For their part, Neymar's lawyers claim that their client has not committed any crime, the 40 million euros he received corresponding, according to them, to "a legal and usual transfer bonus on the football market" .

This trial has been dubbed "Neymar 2", "Neymar 1" designating the tax evasion case deriving from this same transfer and which was concluded in 2016 by an agreement between the prosecution and FC Barcelona, ​​​​the Catalan club agreeing to pay a fine of 5.5 million euros.

Neymar and Barça had already found themselves in court in 2020, but this time face-to-face, the player claiming from the club the payment of a bonus of 43.6 million euros.

For its part, FC Barcelona had filed a complaint against its former player for breach of contract and won the case, Neymar having been ordered to pay 6.79 million euros to his former club.

"Ney" and Barça ended up signing an "amicable" agreement in July 2021 ending all financial disputes between them.