One call for each subscriber

There was a moving moment right at the start of the season. 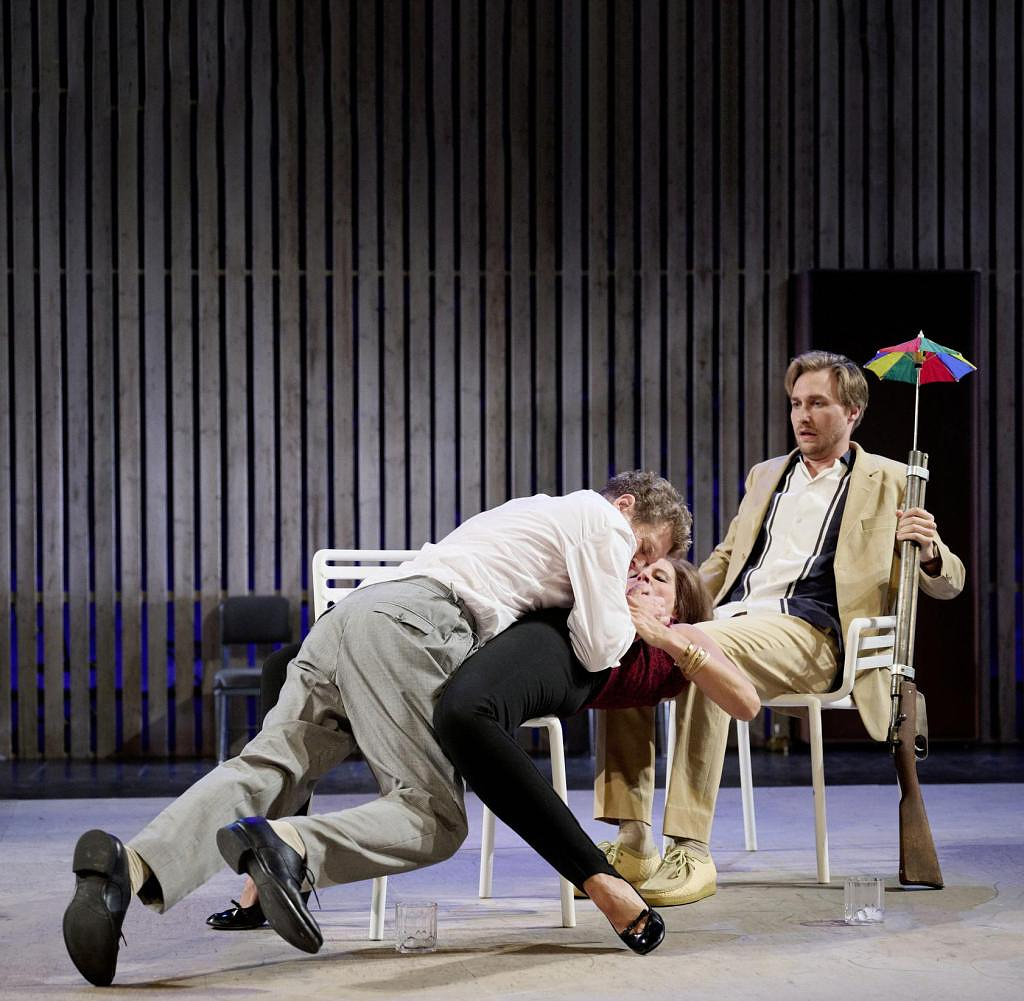 There was a moving moment right at the start of the season. Director Michael Heicks stepped in front of the audience and thanked them. Despite the pandemic, the theater hasn't lost any subscribers. Even then, the number was stable at over 4000 and has continued to rise to this day. "Ten subscriptions per week will continue to be added," says Heicks now. This is going against the trend in Bielefeld. Because almost everywhere, viewers decide more and more spontaneously whether they want to go to the theater in the evening. There are usually a few spots left.

"Last week we sold 8,000 tickets." The sentence seems almost a bit embarrassing to press spokeswoman Nadine Brockmann. After all, Westphalians tend to be modest. "Otherwise it's around 5000 tickets. And it's not like everything is sold out here either.” But many performances are. At a time when the industry continues to complain about a lack of audiences and the Hagen Theater has even issued a 9-euro monthly ticket for almost the entire range. Why is the theater in Bielefeld a box office magnet? Many factors come together here. For one thing, Bielefeld isn't in a conurbation where culture providers snatch audiences from each other. The next stage is the Landestheater Detmold. There is a university and a reasonably intact educated middle class.

Michael Heicks and his marketing director Charlotte Höpker attribute the success primarily to their strategy during the lockdowns. There were no subscriptions for two years. But a subscription card that gave regular customers a right of first refusal when the theater was able to play. "We wrote everyone a personal letter," says the director. "No one should feel left alone." When events were cancelled, the theater offered alternatives. "We have always remained transparent," says Heicks. "Our visitors should have the feeling of being part of a whole."

For Charlotte Höpker, “proximity” is one of the central terms. The subscribers not only received written explanations. "We all called personally," says the marketing manager. Bielefeld initially held back with the streaming and focused on activities outside, in the botanical garden or a poetry walk. When the theater management decided to offer performances online, that also went very well. Many other theaters have focused more on smaller and more special performances. In Bielefeld, the big hits came online on the end devices, even and above all the Christmas fairy tale. "The lines broke down on our Hotzenplotz stream," says Heicks.

One of the main reasons for the continued popularity with the audience is of course the schedule. Bielefeld is still a classic city theater that offers a lot for all classes. There are comedies and narrative theatre, but also experiments and co-productions with off-groups. Nobody feels left out. At the premiere of the music theater version of Alfred Döblin's "Berlin, Alexanderplatz" - a collaboration between opera and drama - some seats remained empty after the break. But there were no offended reactions during the break. But statements like "Oh, that's not for me today." Apparently, hardly anyone questioned coming back at the next premiere.

Each category has its own hit that is doing really well and for which you have to reserve tickets in good time. In acting, it's Edward Albee's Who's Afraid of Virginia Woolf, a marital drama packed with dark humor. Psychological theatre, characters that are and remain comprehensible. Michael Heicks directed it himself, with actors in the leading roles (Christina Huckle and Thomas Wehling) who have been known to the audience for many years and who always impress with their great performances. Such a chamber play would normally be staged in the smaller theater on the Alter Markt. In Bielefeld it's going so well in the big house that a special performance had to be scheduled.

The Christmas play "Pinocchio" is also sold out. "We were a bit worried," says press spokeswoman Brockmann, "whether the schools would come back after Corona." They do it, even across the country, morning performances are full almost everywhere. In Bielefeld, however, the afternoon appointments for families are also very well received. The ballet is delighted with the large number of visitors, especially with Gregor Zöllig's choreography of "Winterreise".

In the music theater, "Die Fledermaus" by Johann Strauss is the top production in terms of attendance. But the complex and multi-layered world premiere “Berlin Alexanderplatz” has also asserted itself. Recently it was even sold out, with a total occupancy rate of 80 percent. New music theater in the big house!

Is Bielefeld suitable as a model for other stages to overcome the crisis mixture of pandemic aftermath, war, inflation and energy shortages? At least theaters that have problems with visitors could look to East Westphalia. Above all, the enormous openness in Bielefeld seems to have an effect, a close connection with the audience. This does not mean that lazy artistic compromises are made. Michael Heicks and his team have a great passion for narrative theatre, for stories that touch and entertain. They offer a wide variety of theater forms, work together with collectives from the independent scene, create performances and show pieces that the ensemble develops itself during rehearsals. Incidentally, this has always been successful.

‹ ›
Keywords:
TheaterNordrheinWestfalenBielefeldTexttospeechMichael HeickVirgina WoolfTheater HagenAlte MarktMusiktheaterOstwestfalenEdward AlbeeLandestheater DetmoldMusik
Your comment has been forwarded to the administrator for approval.×
Warning! Will constitute a criminal offense, illegal, threatening, offensive, insulting and swearing, derogatory, defamatory, vulgar, pornographic, indecent, personality rights, damaging or similar nature in the nature of all kinds of financial content, legal, criminal and administrative responsibility for the content of the sender member / members are belong.
Related News